Set in Thailand, The Breaking by award-winning Canberra author Irma Gold, is an extraordinary debut. Sharply observed and richly vivid, it's an intensely moving story about the magnetic bond between two young women – friendship, companionship, and falling in love – and the enduring cost of animal exploitation.

Hannah Bird has just arrived in Thailand. Disoriented and out of her depth, she meets Deven, a fierce and gutsy Australian expat who sweeps her into thrilling adventures rescuing elephants. As they head deeper and deeper into the fraught world of elephant tourism, their lives become tangled in ways Hannah never imagined. But how far will they go to save a life? Hannah will make a critical decision from which there will be no turning back, with shattering consequences.

Culturally intimate and immersive, this tenderly rendered love letter to Thailand written from the intersection of the personal and political, the romantic and the ethical, takes in the many juxtapositions of Thai culture – kindness and cruelty, spirituality and the seedy, fun and danger, wealth and poverty, tourism and overdevelopment – and the one constant, the overwhelming beauty of the country, and people.

The Breaking is at once devastating and exhilarating, sentimental and pragmatic, and ultimately transformative. And when the author reveals what 'The Breaking' is, it will break your heart.

About the author:
Irma Gold is an award-winning author and editor from (the south side of) Canberra, overlooking the Brindabellas, where she has lived for the past 25 years.

Irma has previously published a short fiction collection, Two Steps Forward, and her short fiction has been widely published in anthologies and journals like Meanjin, Island, Westerly, Going Down Swinging and Review of Australian Fiction, among many others. She has also published three children's books, with another two forthcoming in 2021.

The Breaking is her debut novel. It won the NSW Writer's Centre Varuna Fellowship Award and received development funding from artsACT and CAPO.

Irma is Ambassador for Thailand's Save Elephant Foundation and has worked with rescued elephants in Chiang Mai, Surin and Kanchanaburi. www.irmagold.com

Question: What originally inspired the idea of The Breaking?

Irma Gold: The Breaking arose from the two main characters, Deven and Hannah, who arrived on the page fully formed soon after I returned from a trip to Thailand. The novel follows their story, which is underpinned by the landscape through which they are moving, namely involvement with rescuing elephants from the tourism industry.

I've always loved elephants, ever since the age of eight when I stood next to one and felt its trunk brush against my cheek. But for many years I had no idea about the situation facing Asian elephants and the brutality they experienced. It wasn't until I was about to head to Thailand, and began researching where to ride an elephant, that I got an inkling of what was happening. That led me to instead volunteer at a Thai sanctuary, and then to more trips and more elephant projects in an attempt to better understand the reality. 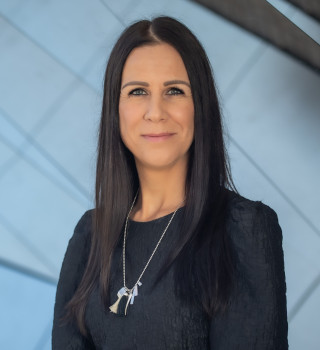 Question: How did you develop your approach to the world of elephant tourism?

Irma Gold: I volunteered with rescued elephants in Chiang Mai, Kanchanaburi and the tiny village of Bantaklang in the Surin province. Being an author can be a pretty great gig! I also did a lot of research, and rained endless questions on my Thai friends.

Irma Gold: The short answer is no. But on my first trip to Thailand, where I volunteered with elephants at Elephant Nature Park, a sanctuary in Chiang Mai, I found myself surrounded by travellers in their early twenties. It took me back to that time in life when there is so much freedom but also so much uncertainty about who you are and where you're headed. I'm sure all of that observation subconsciously shaped Hannah and Deven.

Irma Gold: All of it really, but in ways that are not necessarily distinct and easily defined. As a writer, everything that you observe goes into some kind of mental database where it gets mixed up and reshaped. Then it comes out on the page in ways that don't obviously relate to the original observations. When I travel I record details more consciously. I keep notebooks full of my impressions – the text on a sign, the way the air smells at dawn, the call of a hawker – it could be anything. All of that feeds into the story.


Question: What's the main message you hope readers take from The Breaking?

Irma Gold: First of all, what I really hope is that readers enjoy the ride, and that the characters remain vivid in readers' minds long after they turn the last page. In terms of elephant tourism, there isn't really a single message because the issues are complex and there are no easy answers or solutions. So what I really hope is that The Breaking starts conversations. And I also hope that in readers coming to understand the suffering that elephants experience at the hands of humans in the name of entertainment, that they think carefully about their own choices.


Question: What is the best thing about creating characters like Hannah and Deven?

Irma Gold: I found writing both Hannah and Deven such a joy. Deven is very sure of herself but Hannah is still finding her way, wrestling with her identity and sexuality. Together they made for an interesting ride. The first draft just spooled out of me. I'm sure I will never experience anything like it again. I felt as if these characters were leading me through the story. And it's wonderful seeing them now go out into the world. I know it sounds strange to non-writers, but they feel like real people to me.

Irma Gold: Read, read, read! I'm always amazed by the number of aspiring writers who read very little, if anything. Reading teaches you how to write. Also, be brave. Write what scares you and thrills you. Write from the heart. And finally, only follow the advice that works for you. There's so much of it out there – much of it conflicting – and you have to find your own path.

Irma Gold: Growing up, there were always books in our house, and my mum taught me to read before I started school. As a kid, I was always writing books. In Grade 6 I had a phenomenal teacher called Miss O'D who got us to write and illustrate and 'publish' a book. And then in high school my English Literature teacher, Leandra Turner, made me realise how much I loved writing. That sounds like a strange thing to say when I'd been doing it since I was small, but it had just always been a part of me, and she brought that consciousness to the surface so that it became something that I actively chose to do.

Irma Gold: Once I've finished The Breaking book tour, I'm hoping to get back to working on my next novel. I've finished the second draft and received feedback from the wonderful Tegan Bennett Daylight, so I'm keen to now dive into the third draft. This novel is set in England and South Africa – two countries that are in my blood – and it's been such a rich process so far. I'm excited to see where it goes.