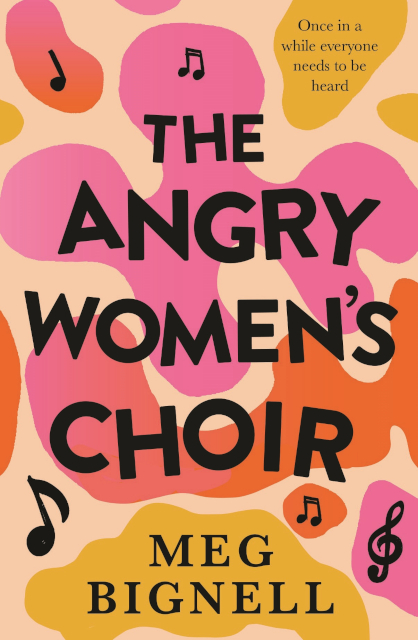 By the acclaimed author of Welcome To Nowhere River comes a heart-warming and uplifting story about a remarkable group of women who discover they are all capable of incredible things – if they're strong enough, and angry enough, to take up the cause.

Once in a while, everyone needs to be heard.

Freycinet Barnes has built herself the perfect existence. With beautiful children, a successful husband and a well-ordered schedule, it's a life so full she simply doesn't fit.

When she steps outside her calendar and is accidentally thrown into the generous bosom of the West Moonah Women's Choir, she finds music, laughter, friendship and a humming wellspring of rage. With the ready acceptance of the colourful choristers, Frey learns that voices can move mountains, fury can be kind and life can do with a bit of ruining.

Together, Frey and the choir sing their anger, they breathe it in and stitch it up, belt it out and spin it into a fierce, driving beat that will kick the system square in the balls, and possibly demolish them all.

About the author
Meg Bignell was a nurse and a weather presenter on the telly before she surrendered to a persistent desire to write. Since then she has been writing almost every day – bits and pieces here and there, either to earn a crust, to get something off her chest or to entertain herself. She has written three short films, mostly because she wanted to do some acting and no one else would cast her. She sings a bit too, occasionally writes and performs cabaret, but is mostly very busy being a mother to three and a wife (to one). She lives with her family on a dairy farm on Tasmania's East Coast.

Question: What originally inspired the idea of The Angry Women's Choir?

Meg Bignell: I think probably the primary inspiration for the 'angry' part was pussy-grabbing Trump. And perimenopause. COVID played a part too, in the way it delegated women back to the obligatory care-giving role. The choir part is inspired by my love for singing, and the grief (yes it actually hurts my heart) that I can't sing like an angel. I have a slightly above average singing voice, with a limited range, which has thwarted all my ambition to be a rock star.


Question: What did you learn, about yourself, whilst writing The Angry Women's Choir?

Meg Bignell: I recently heard the writer Ruth Ozeki say that while she creates her characters, they create her. That rings true for me because I learnt so much from this book during the process of bringing my characters to life and tracking their stories, hardships and motivations. They made me grow. I think the biggest thing I learnt about myself is that I am just breathtakingly, one-in-a-million-chance lucky to be where I am with the people I have. 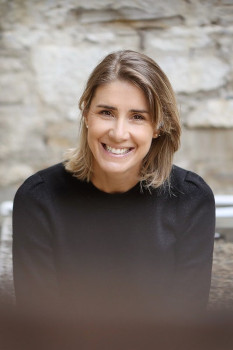 Meg Bignell: A lot. I write what I encounter, what I know. But often it's fragmented and, mixed with figments of my imagination and rebuilt into fictional characters and situations. Many of the historical events and settings in The Angry Women's Choir are real, I just inserted my characters into them and waited to see what would happen.


Question: Is there a message you hope readers take from The Angry Women's Choir?

Meg Bignell: Bear witness. Watch, listen, inform yourself. It's so easy in this busy world to forget to look beyond the next item in our own schedules, to not make a stand or call out injustice or 'make a fuss' because there just isn't time. But the results of that end in tears - Brexit, Trump, Roe V Wade and so on. Also, work on your friendships, keep music in your life and be kind.


Question: What research did you do, prior to writing The Angry Women's Choir?

Meg Bignell: I joined a choir! And I read everything I could get my hands on about women's rage through the ages. It was a breathtaking, inspiring journey and made the work feel so urgent. The first draft of the book was enormous and fiery and needed much work to temper it into the book it is today.


Question: What is the best thing about creating a character like Frey?

Meg Bignell: Freycinet has a really fearless, bad-ass side to her which was so fun to write. I don't have a fragment of that in me, there were times I wished I could be Frey! I also loved writing her growing awareness of how powerful singing can be.


Question: What advice do you have for aspiring writers?

Meg Bignell: Read as widely as you can. Make friends with other writers, learn from them but don't talk about writing so much that you never actually put your bum on the seat and write.

Meg Bignell: My mum and my sister. They are both voracious readers, far more erudite than me so I'm always motivated to keep up!

Meg Bignell: I am working on book four. Can't say too much yet because its premise feels a bit fragile and might break if I talk about it too much.