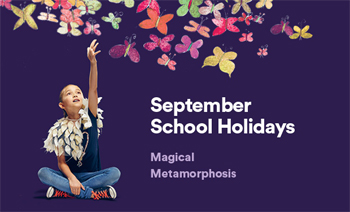 The Sydney Opera House has life-changing stories for students of all ages this school holidays. In the Studio, six Sydney locals morph into parkour stars in Jump First, Ask Later, while in the Playhouse Eric Carle's The Very Hungry Caterpillar Show transforms before the eyes of our littlest audience members.