The structure, which took over 190 hours, the focus of four creative minds and thousands of pieces of stationery to build, marks the arrival of office product supplier Staples to Australia.

A video of the build of the Staples Stationery City can be viewed at www.staples.com.au/sydney.

Victorian-based Prendergast says: "Our approach was simple; we used a bird's eye image of Sydney to map out the shape of the harbour and position Sydney's most distinguished structures. We started by building the Harbour Bridge using bulldog clips, coloured pencils and rubber band packets".

After starting his artistic career from a young age, Prendergast has taken out a number of awards and collaborated with an impressive list of brands and personalities. In 2010, his work was shortlisted to appear in the Guggenheim Museum, he won Best Animated Music Video at the St Kilda Film Festival and he created Gotye's music video for Eyes Wide Shut.

Darcy's experience, talent and patience were put to the test on the Staples Stationery City.

"We had our work cut out for us! The Opera House was one of the first icons to be built and painting that alone was a six hour job. We painted the entire building using tiny liquid paper brushes. Once the Opera House and Harbour Bridge were constructed the rest of the city started to take form. It was an extraordinary project, I'm truly happy with the end result," says Darcy.

Richard Haigh, head of Staples.com.au says: "Staples is well known in many countries but being new to Australia we wanted to create something a bit unique and quirky to illustrate our different approach to office product supply. Buying office products may not be the highlight of your week but who says it can't be a bit of fun?".To celebrate the completion of Staples Stationery City and the arrival of staples.com.au into Australia, Staples is giving away the ultimate Sydney weekend away. To enter, visit www.staples.com.au/sydney.

Staples, the world's largest office products company, has a commitment to delivering great service, products, prices and a great overall experience to small businesses in Australia.

About Staples
Staples, the world's largest office products company, has recently launched staples.com.au in Australia with a commitment to delivering great service, great products, great prices and a great overall experience to small businesses in Australia. Though large globally, Staples recognises that they are small in Australia and are focussed on delivering a range of little things to ensure a great customer experience.With $27 billion in sales, Staples serves businesses of all sizes and consumers in 27 countries throughout North and South America, Europe, Asia and Australia. In July 2008, Staples acquired Corporate Express, one of the world's leading suppliers of office products to businesses and institutions. Staples invented the office superstore concept in 1986 and is headquartered outside Boston. Visit www.staples.com.au 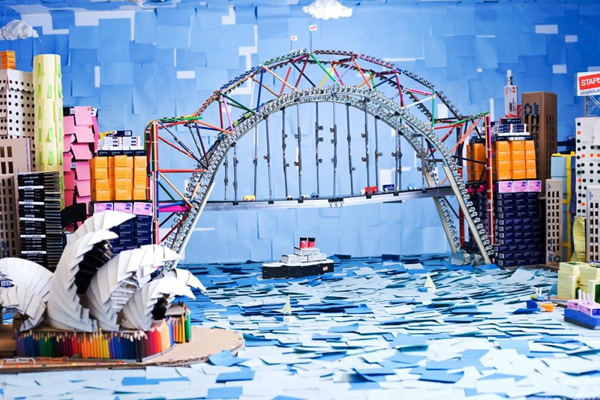