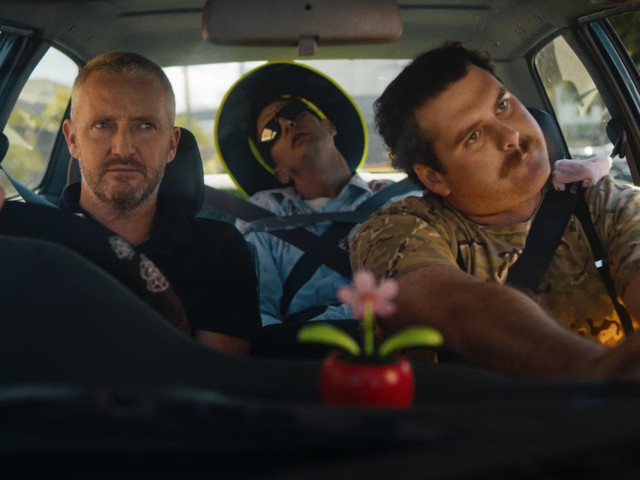 The St Kilda Film Festival (SKFF) has today announced the full program along with Australia's top short films, to be shown over 13 screening sessions at venues across St Kilda, as well as the famous opening night event at the Astor Theatre on Friday 27 May, presented by City of Port Phillip.


Drawn from a call for entries from hundreds of new short films from around the country, this year's red-carpet opening night event features a diverse selection including a dynamic drama, a dash of horror, a sprinkle of comedy and beautiful animation and poetic documentary.

Expect a jam-packed night of some of the best short form works to kick off 10 days of physical and online screenings of cinematic delights with filmmakers and guests from around the country. Additional SKFF programming includes:

Australian Documentary Showcase is filled with real surprises with several of the works pushing the form to the very limit in anyone's terms as they explore visual style, personal relationships, narrative structures and those tiny moments that resonate as profound statements.

Under the Radar is a SKFF competition showcasing the 10 best short films from young filmmakers across Australia, assessed, judged and organised by the City of Port Phillip FReeZA committee who themselves are talented young creatives. The winner will walk away with $1,000 prize money and the encouragement to keep creating and honing their craft. Under the Radar aims to support and elevate young people interested in pursuing careers in the arts.

Tales of Mystery and Imagination is a selection of sci-fi and fantasy films exploring other worlds, other times and other states of mind. With these fantastically realised films, filmmakers go for broke with wild ambition that take us to the past, present and a few of the endless possible futures.

Dark Matters presents horror and the darker side of cinematic life, exploring spaces and places on the edge of experience with the paranormal and the just plain nail-biting.

International Family Animation Explosion is presented by the team behind the Melbourne International Animation Festival, showing the way in which wonderful animations dissolve language, cultural and age barriers with nothing more than brilliant ideas and simply-told stories.

Australian Drama Showcase reveals personal stories, close relationships and nuanced relationships. The creative sector has seen a movement back to authentic storytelling from the 70s and 80s.

Shifting the Gaze is a collaboration with Women in Film & TV, presenting an outstanding program of films directed by women drawn from around the country, filled with creativity and unique perspectives that sit behind the extraordinary works which include wonderful animations, poetic portraiture, First Nations stories, family dramas and richly textured experimental observations.

Made in Victoria #1 and #2 features a program packed with local films that push boundaries, toy with expectation, and demand attention. This program reflects the ambition, creative vision and uncompromising approach from Victorian filmmakers that take the short form in new, unexpected and always surprising directions.

In Conversation with Kelton Pell & First Impressions First Nations Music Showcase presents a special afternoon of talk, music, film, drinks and projections in St Kilda's legendary Gershwin Room at the equally legendary Esplanade Hotel. Hear and meet with one of Australia's most esteemed and well-known First Nations actors, singers and performers, Kelton Pell (The Circuit, Blackfellas, Red Dog and the forthcoming feature, The Crossing). This special "in conversation with" event will include a rare screening of Rachel Perkins' unique and ground-breaking work One Night the Moon and other secret snippets. The night also features a curated showcase of First Impressions performances. First Impressions is a career development and mentoring program for Aboriginal and Torres Strait Islander musicians that City of Port Phillip and Creative Victoria have jointly funded. The artists will each perform work they've chosen to represent their connection to the film and the themes explored.

For more information on screenings and bookings, click here.