The 2019 Melbourne Queer Film Festival will unveil a stupendous line-up when, like a comet, it blazes across 3 amazing venues from 14 to 25 March.

Showcasing 142 features, documentaries and shorts from both Australia and around the world, the Festival will present the most thrilling, diverse, and engaging contemporary LGBTIQ+ cinema, with many of this year's titles having received major kudos on the international film festival circuit.

The nation's largest and longest running mecca of queer cinema will celebrate the commencement of its 29th season with a suitably fabulous Gala at Village Cinemas Jam Factory - the event's dynamic new screening partner – who along with longstanding key venue, Australian Centre for the Moving Image (ACMI) and the city's cherished Cinema Nova (Carlton) will co-host the Festival. And in keeping with tradition, ACMI will present the Festival's renowned Centrepiece Gala and Closing Night festivities.

With increased venue options MQFF will unequivocally be better placed than ever before to engage and grow with its ever-expanding audience. 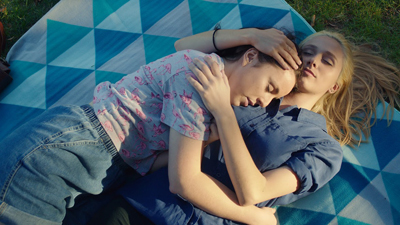 Increasingly, the scope and reach of queer cinema is attaining new heights, with a universality of themes and stories that connect with audiences from all walks of life, as evidenced by the films which will screen at the event's 29th edition.

Prior to announcing our full slate on Tuesday 12 February, we're thrilled to reveal a select number of titles that have been confirmed for the 2019 programme.

From Kenya comes the courageous coming-out drama, Rafiki, directed by Wanuri Kahiu and inspired by Ugandan Monica Arac de Nveko's 2007 Caine Prize-winning short story Jambula Tree about the friendship and tender love that develops between two young Nairobi women who, as a consequence, face the wrath of their conservative community. Initially banned from screening in Kenya, Rafiki was the first Kenyan film to be part of the official selection at Cannes, where it had its international premiere within the Un Certain Regard section at the 2018 Cannes Film Festival

Daddy Issues weaves a tale of love, romance and betrayal as it follows Maya, a young artist who finds solace in social media, on the verge of a first love, more complex than anything she could have imagined. Winner of multiple festival awards, including Audience Award for Outstanding First Narrative Feature at LA Outfest, Daddy Issues is an exceptional debut feature from actress turned director, Amara Cash.

Winner of the Jury Prize for Best Documentary Frameline at San Francisco International LGBTIQ+ Film Festival, When the Beat Drops takes us into the wild and subversive underground dance scene of 'bucking,' an energetic, yet sensual form of expression that was born out of gay clubs in the deep south. Directed by renowned choreographer Jamal Sims, this multi-award winning doco, which engages with unforgettable characters, is further enhanced by an engrossing narrative.

With an all-star cast including Claire Danes, Jim Parsons, Octavia Spencer and Priyanka Chopra, A Kid Like Jake is an effective and immersing drama about a young Brooklyn couple coming to the realisation that their 4 year-old child might be trans. Director Silas Howard has crafted a moving story that tackles the topic of gender dysphoria with grace and sensitivity.

Two young footballers find themselves entangled within the politics of the game and the intricacies of love in Mario, a powerful story from Switzerland, set amongst the competitive world of professional soccer, which simultaneously serves as a tender romantic drama and a critical exploration of masculinity within football. Directed by Marcel Gisler and winner of Best International Feature and Best Foreign Feature at FilmOut San Diego and Outflix Film Festival respectively, Mario is an evocative exploration of love, set within an environment unwilling to embrace it. 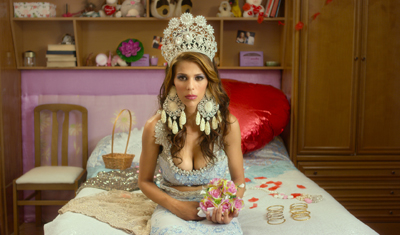 Winner of the Grand Jury Prize for Outstanding Narrative Feature at LA Outfest, Tucked is a 'slice of life' UK drama, which follows the unlikely friendship between an 80 year-old drag queen and a rising young queen, both of whom are struggling with issues of gender, identity and mortality. Directed by Jamie Patterson and starring veteran UK character actor Derren Nesbit, Tucked has been honoured with a slew of international festival awards and looks set to be one of the many highlights of this year's MQFF.

Another highpoint of MQFF 2019 is the Festival's 'Keep the Vibe Alive' short film competition, an incredible opportunity to demonstrate how smoking can often 'kill the vibe' in LGBTIQ+ communities, which has been created by Quit Victoria in partnership with MQFF, Thorne Harbour Health and Minus 18.

Screenwriter Benjamin Law and a panel of judges from Quit Victoria have selected four competition finalists from over 40 pitches. In turn, each finalist received a $4,000 grant apiece to create their films.

The winning short film will be announced at MQFF's Program Launch on 12 February 2019, and will air before every screening at this year's Festival. The winner will also receive $4,000 in prize money.

You can view the 4 final films online at: https://www.quit.org.au/articles/keep-vibe-alive/ where you can also cast your vote!

The 2019 Melbourne Queer Film Festival will run from 14 to 25 March at Village Cinemas Jam Factory, Australian Centre for the Moving Image (ACM) and Carlton's Cinema Nova.

Question: What can you tell us about the 2019 Melbourne Queer Film Festival?

Spiro Economopoulos: The Melbourne Queer Film Festival is the oldest, largest and most successful queer film festival in the Southern Hemisphere. We screen over 100 sessions of gay, lesbian, bisexual and transgender films over 12 days to audiences of around 20,000.

We also offer a variety of cash awards and prizes across multiple categories for the films screening. This year's prize pull has reached a record for a LGBTI film festival at over $50,000. 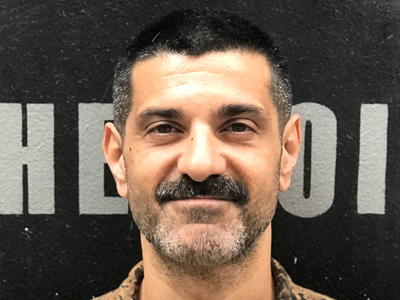 Question: Can you talk us through the process of curating MQFF?

Spiro Economopoulos: The curatorial process happens throughout the year. Firstly by keeping on top of what is getting premiered across the various festivals around the world. I generally will make a trip to an overseas festival also to select films. Last year I went to Outfest in Los Angeles.

Then begins the process of putting together a wish list of your choices and negotiating with various distributors, sales agents and filmmakers. The program also needs to reflect the diversity of the LGBTI+ community, a key element of the programming.


Question: Which of the films are you most excited for audiences to see?

Spiro Economopoulos: I'm excited for audiences to discover the giallo style queer thriller Knife+Heart which has a brilliant soundtrack from French electronica band M83. Wild Nights with Emily which stars Molly Shannon as American poet Emily Dickinson. Scotty and the Secret History of Hollywood which I've been waiting to see ever since I read Scotty Bowers juicy and wild memoir Full Service, on 'servicing' the golden age of Hollywoods elite.


Question: If we could only see one film at MQFF, which should it be and why?

Spiro Economopoulos: Night Comes On, which is actress Jordana Spiro's riveting feature debut. The central performance from young lead Dominique Fishback is sensational. This is a powerful study of revenge and redemption.


Question: What message do you hope attendees take from the films of the 2019 Melbourne Queer Film Festival?

Spiro Economopoulos: That the queer community has exciting stories to tell and whether you're queer or an ally, there will be film screening that you will connect with and hopefully be transformed by.