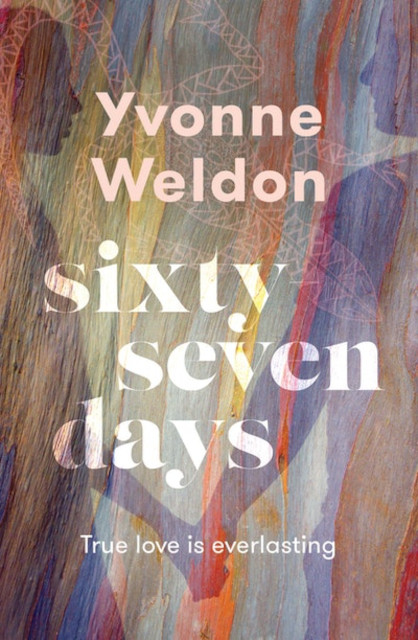 An intense and mesmerising story of first love, culture and belief.

'We don't say any words – everything has been said through two sets of eyes, two entangled souls and endless kissing.'

Evie has been raised in the heart of Aboriginal Redfern, by a proud trailblazing Wiradjuri family. She remembers so much about the previous world – the Dreamtime, the ancestors, and the knowing – but she also harbours a dark pain that is becoming almost too much to bear.

And then Evie meets James, a young man radiating pure love who fills her life with light. On the cusp of adulthood, with their whole lives ahead of them, they travel to Evie's beloved country, the central west of New South Wales and the Riverina regions. Swimming in the waters of the Kalare, as known by the Wiradjuri, and in the Murrumbidgee, singing with her ancestors, listening to the spirits.

The new world created between Evie and James is one they did not know they were missing. Now they can't leave it alone. They are no longer separate – they are one, they are whole together – until a sudden event leaves them seeking answers to one of life's most eternal questions: is love strong enough to withstand anything?

An intense and mesmerising story of first love and longing, suffused with Wiradjuri Dreaming, family and culture, about a future dreamt and a future taken, by an important new voice in Australian fiction.

About the author
Yvonne Weldon is a writer of fiction with a uniquely diverse lived experience, sharing truth-telling through writing that stirs reflection to encourage action for positive change. In 2016, Yvonne was shortlisted for the Queensland Literary Awards David Unaipon Unpublished Manuscript for Sixty-Seven Days, and was awarded a Faber Writing Academy Scholarship in 2017.Yvonne is the current Deputy Chairperson of the Metropolitan Local Aboriginal Land Council, the first Aboriginal candidate nominated for the Lord Mayor of Sydney, and was named New South Wales' Aboriginal Woman of the Year 2022. She has worked in senior positions in Aboriginal policy development, health, human services, child care services, child protection, housing, disability and Aboriginal heritage. She is a proud Wiradjuri woman and maintains strong ties to her homelands of Cowra and the Riverina areas in New South Wales.