The Australian Music Association is excited to announce the 2019 return of the Melbourne Guitar Show, set to rock Caulfield Racecourse on August 3 and 4 – and this year's show is set to be colossal. Proudly presented by Triple M and Australian Musician, the lineup boasts an impressive haul of both local and international artists. In addition to the world-class performances from the artists on the massive lineup, #MGS2019 will also hold a huge gear expo that will feature a gigantic variety of electric and acoustic guitars, effects pedals, amps and more state-of-the-art guitar technology, both home-grown and from around the world. See, try and buy! It will continue to be Australia's biggest guitar pop-up shop, as well as hosting information seminars, demonstrations, and live performances from Australia's most talented guitarists.

"I'm so stoked to be a part of the Melbourne Guitar Show this year!" enthuses Ash Grunwald. "I'm incredibly excited to be unveiling something I've been collaborating on which has been a lifelong dream of mine."

Drawing thousands of guitar lovers and enthusiasts to the 2018 Melbourne Guitar Show, #MGS2019 is growing year on year and is gearing up for the biggest event yet. Champion of the Australian music products industry, Australian Music Association (AMA) will be teaming up with australianmusician.com.au and presenting sponsors Triple M, 3PBS, Beat, Mixdown and Noise11 to present this year's guitar-centric weekend. At last year's show, punters not only enjoyed scheduled performances and demos from the awesome artists on the lineup, but also witnessed surprise on-stand appearances from some of Australia's finest artists, including Harts, Darren Middleton (Powderfinger), Bec Sandridge, Dan Sultan and many more. Both the organisers and the exhibitors are constantly wrangling acts right up until the very last minute – and who will be joining the all-star jam this year? Come on down and find out!

Thrilled to present #MGS2019 once again, AMA executive officer and MGS organiser, Rob Walker says, "It's exciting to see the show develop each year and add value to the live music industry. We are proud to present such a broad range and quality of guitars, amps and gear from the big brands to local artisans. And each year we get to put together a program of live music featuring the considerable talents of our guitar community. It's a great weekend for anyone into music, particularly guitars."

Rob continues, "And not only will the #MGS2019 provide a hands-on chance to see and play such a broad range of gear, there'll be bargains a plenty. We like to call it Australia's biggest pop up guitar store!"

The Melbourne Guitar Show will be held at Caulfield Racecourse on August 3 and 4.
Tickets are on sale June 7.

The Melbourne Guitar Show is produced by the Australian Music Association, an incorporated not-for-profit. Proceeds, if any, are used to provide services to the Australian music products industry, particularly the promotion of music making to the community. 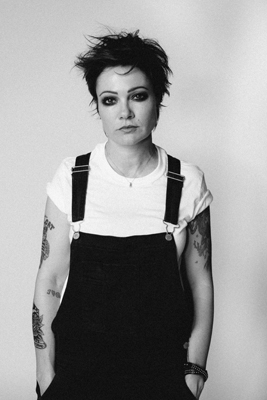 Question: Who and what are you most looking forward to at the Melbourne Guitar Show?

Sarah McLeod: Playing in front of guitar enthusiasts is always scary but it pushes you to play better, I'm putting a set together whereby I'm playing bass and electric guitar simultaneously out of a Frankensteined guitar that I built. I haven't played a show like that in a few years so I'm pumped to put the acoustic aside and bring in the big guns again.


Question: Can you share your earliest guitar memory, with us?

Sarah McLeod: I bought a Yamaha acoustic from Alan's Music in Adelaide, I carried it home in a cardboard box. I also bought a 'Bumper Songbook For Buskers' book which had all the chords to hundreds of songs in it. I thought it was magic, suddenly, with the aid of this book; I could now play and sing to all my favourite songs... in one day, magic!


Question: What originally inspired you to begin playing the guitar?

Sarah McLeod: My cousin Dave was a guitar player, I used to go to his house and stare at his black Les Paul which sat on a stand in the corner of the room, it looked so sexy, I would stare at it for hours. He taught me a few chords, All I Want Is You by U2 was my first song, I had an epiphany.


Question: What advice do you have for young aspiring guitarist?

Sarah McLeod: Explore different tunings; it opens up a world of creativity. Sometimes it's not about what you know but about what you don't. Play a lot, and learn songs that other writers have created in order to understand different styles of playing.


Question: What music and musicians are you currently listening to?

Sarah McLeod: Lately I've been listening to a lot of Billie Eilish because my girlfriend is obsessed with her. I really like that she does not fit into one particular style, every song is really different and she unapologetic about it. People always tell me that I confuse my audience by jumping genres so it has been inspiring to see someone doing the same to such huge success.


Question: Who would you say has been your guitar hero?

Sarah McLeod: I've always loved Slash's playing, he writes great hooky riffs and memorable solos that you can hum along to. His solo tone is sick, its slightly wooly like he's flicked to the neck pick up and turned the tone down, it's thick and warm and fluid.


Question: Which is your all-time favourite guitar and why?

Sarah McLeod: Gibson SG hands down; it just works for me and it feels so comfortable - it's like an extension of my body. Its light and it sounds perfect coupled with my Marshal JMP. I like the ones made between 1973 and 1795, they have the best necks and the best tone.

Sarah McLeod: I'm composing music for a stage adaptation of Jane Eyre that showing at Q Pac in Brisbane throughout October and November. I'm also playing two characters in the play. The Superjesus has a live double album coming out this year and we are working on new music.