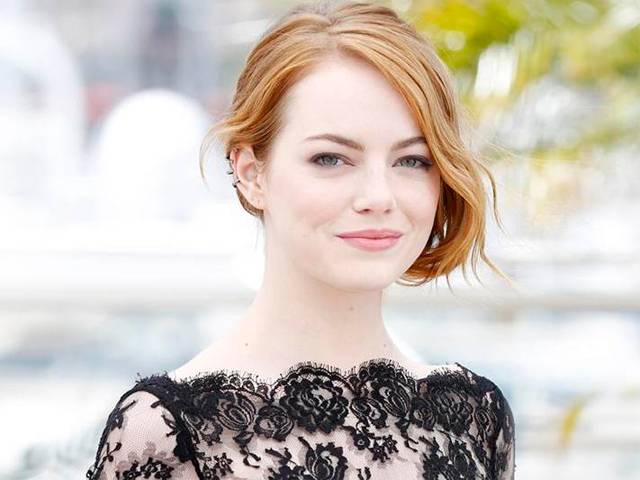 Red is quite literally the hottest of all hair colours, so it makes sense that celebs looking to spice up their look would take the proverbial plunge and 'go red' (and look hot doing so!)

To celebrate the annual Buderim Ginger Pride Rally, which will see 1,500 red heads march at the gingeriest place on earth, and home to everything ginger - The Ginger Factory in Yandina, Sunshine Coast in Queensland, we take a look at the celebrities that went red and never looked better!

Katy Perry – the Queen of Pop took sophistication to the next level with her dye job, choosing a deep red to showcase her epic sense of style.

Emma Stone – never one to shy away from the camera, Emma Stone has rocked red hair many times throughout her career and we can see why!

Bella Thorne – this wild child loves her red locks to add a twist of glamour to her usual grungy style.

Sophie Turner – this Game of Thrones actress makes red hair look as badass as her character in the hit show, and we can't get enough of it.

Blake Lively – Blake drastically switched up her look in her most recent film 'A Simple Favour', demonstrating that redheads should never shy away from a bold red lip to complement their hair.

Rachel McAdams – Rachel has gone red and back many times throughout her career. We vote she sticks with ginger for good!

Sienna Miller – the English beauty is known for her trademark blonde locks, but we think we prefer her as a red head.

Rita Ora – no stranger to bold looks, Rita Ora rocks the red look like no other.

Evan Peters – fan favourite, Evan followed in his female counterpart's footsteps and went red and people loved it – we can definitely see why!

Hot on the heels of a successful 2017 event, which saw close to 1,500 redheads unite, this year's rally aims to welcome even more gingers to paint the town red!

Armed with banners and flags, red heads will follow in previous year's footsteps by marching to celebrate their uniqueness and promote the anti-bullying message.

The annual rally will be held on 6th October at The Ginger Factory, an iconic Sunshine Coast tourism attraction and home of Buderim Ginger. Registrations are now open, and the rally will kick off at 10.30am with all walkers treated to a Buderim Ginger Energy Rehydration Station to cool down post walk.

Buderim Ginger is excited to announce that for the second year, the Alannah & Madeline Foundation will be the official charity partner of the event. The Foundation aims to care for children who have experienced or witnessed serious violence, reduce the incidence of bullying, cyber bullying and other cyber risks, and advocate for the overall safety and wellbeing of children. Its work has reached more than two million children and their families nationwide since the organisation was established in 1997.

"The event's anti-bullying messaging is an issue that's very important to families. We welcome the opportunity to raise awareness of the bullying behaviours that many Australian children face every day."

This year, gingers will enjoy entertainment in the form of blues and soul music, from Blues Arcadia in addition to a whole host of ginger-themed stalls, competitions and activities, including a ginger garden (serving Buderim Ginger Beer), ginger beer pong, ginger pride photobooth, ginger kids zones with face painting and balloon artists, and prizes awarded for the best pre-made gingerbread houses.

Redheads will also be able to get their hands on many coveted Buderim Ginger prizes throughout the day, with those brave enough being invited to enter the hotly anticipated ginger jelly eating competition, a sight not to be missed!

For more information, and to register for the event visit: http://www.thegingernet.com/ginger-pride-rally