We all put our faith in the criminal justice system. We trust the professionals: the police, the lawyers, the judges, the expert witnesses. But what happens when the process lets us down and the wrong person ends up in jail?

Henry Keogh spent almost twenty years locked away for a murder that never even happened. Khalid Baker was imprisoned for the death of a man his best friend has openly admitted to causing. And the exposure of 'Lawyer X' Nicola Gobbo's double-dealing could lead to some of Australia's most notorious convictions being overturned.

Forensic scientist Xanthé Mallett is used to dealing with the darker side of humanity. Now she's turning her skills and insight to miscarriages of justice and cases of Australians who have been wrongfully convicted.

Exposing false confessions, polices biases, misplaced evidence and dodgy science, Reasonable Doubt is an expert's account of the murky underbelly of our justice system - and the way it affects us all.

About the author:
Dr Xanthé Mallett is a forensic anthropologist and criminologist, author and television presenter. She has written two previous books: Mothers who Murder(2014) and Cold Case Investigations (2019).

In addition to her academic and professional work, Xanthé contributes to various true-crime television series, and is a regular contributor to crime news stories for television, radio and print media.

Question: What originally inspired the idea of Reasonable Doubt?

Xanthe Mallett : I've been looking at the causes of miscarriages of justice since my PhD, so for over a decade now, and have noticed certain factors that increase the chances of someone being wrongfully convicted – mistaken identification, coerced confessions, misconduct by police/prosecutors/experts, amongst others. The first cases I studied were British women erroneously accused of murdering their children, then when I got to Australia I read about Lindy Chamberlain-Creighton, and thought, "Wow, we have the same problems with the justice system here as we do in the UK." 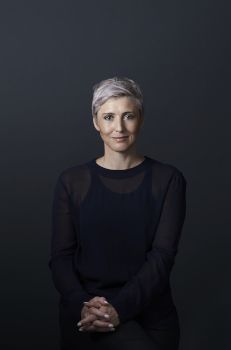 Question: Why did you write Reasonable Doubt?

Xanthe Mallett : I really wanted to see if I could raise awareness of some of these systemic problems, as if we see them for what they are, we have more chance of preventing some of these miscarriages from happening. So, it was a passion project for me; could I, in some small way, help some of those who suffer at the hands of the criminal justice system.


Question: What or who inspired your love of forensic science?

Xanthe Mallett : I love anything to do with Sherlock Holmes, always have. Sir Arthur Conan Doyle has always inspired me, his imagination and understanding of forensic process before evidence was available to show he was right in so many ways.


Question: Does your inspiration come from real life and real people?

Xanthe Mallett : Not at all, as I mention, I love Sherlock Holmes. However, I do my job, as a forensic scientist and criminologist, to help people – sometimes it can be psychologically challenging, as I see the worst that people do to each other. But ultimately, I am inspired to keep going to help people – the victims, their families, those without voices who need others to speak for them.

Xanthe Mallett : Find your passion. It doesn't matter what it is, but writing a book is a massive undertaking, and whilst it's a fantastic experience, it's hard. So, if you want to write, make sure you love whatever you are writing about, and then the hard work is more than worth it.

Xanthe Mallett : I'd love to write another book, and I have a topic in mind. Another area I am passionate about, but can't share too many details – watch this space!