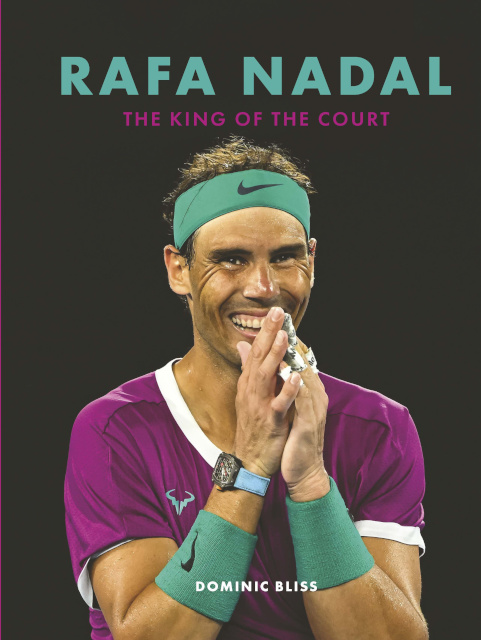 Rafa - the King of Clay is an illustrated biography of one of the all time greats, one of tennis's Big 3, Rafa Nadal - a telegenic, charismatic sportsman with worldwide appeal.

This book is the complete guide to one of the greatest tennis players of the 21st century, winner of 20 grand slam men's singles titles, the King of the Clay, Spain's raging bull, Rafael Nadal. This fully illustrated biography charts his journey to the top, from his early days being coached by his uncle Toni in Mallorca and dreaming of being a professional footballer, through his early tournament career, turning professional, his first senior ATP win, first grand slam win at Roland Garros, first Wimbledon win and first Olympic gold medal.

Written by Dominic Bliss, a veteran tennis journalist with a close personal knowledge of Rafa as a competitor and as a man, this biography tracks Rafa's journey from painfully shy pin-up boy to senior statesman on the ATP Tour. Structured around 10 key matches in his long career, it takes readers from his first national junior championship win at age 14 (when he played with the pain of a broken finger on his racquet hand) through to his 20th Grand Slam title in 2020 and the 2021 season, where he just fell short of his 21st title in an epic 5-set match with Novak Djokovic. The text is accompanied by a large gallery of images of Rafa both on and off the court, and investigates what has motivated him to success, and who he is underneath his modest persona. Alongside this insight, Rafa - the King of Clay contains graphics which analyse his playing style, breaking down why he is such a successful athlete and examining his powerful combination of strength and skill.

From his need for water bottles to be arranged a certain way on the court, to his charity work raising $17 million to help the Red Cross' efforts to support those impacted by the coronavirus pandemic, this book examines every angle of Rafa as a human being, a model athlete, a serial winner. This definitive work on one of tennis all time greats is not to be missed!

About the author
Dominic Bliss has been writing on tennis for the past 25 years. Former editor of Ace Tennis magazine and British Tennis magazine, he also worked as tennis correspondent for the Financial Times, and has written two previous books on tennis. He has interviewed Rafa several times over the years, first when the young player was embarking on the ATP Tour, and later on assignment for magazines in Paris, Madrid and Mallorca.