Peter Helliar Live One Night Only 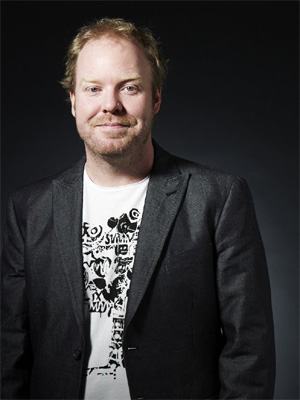 GET SILLY AT THE SANDBELT!
XMAS SHOW WITH PETER HELLIAR

For the first time in two years, and for one night only Thursday, December 17th Peter Helliar performs a Live Show with MC Lehmo

'Tis the season to be bloody silly, and The Sandbelt is giving you the chance to be just that when one of this city's best live venue present a night of comedy with the one and only Peter Helliar on Thursday, December 17th.

Probably best known for his ten years alongside Rove McManus on ROVE, Peter Helliar is one of Australia's best loved stand-up comedians.

Pete has also penned a book (on behalf of his alter ego Bryan "Strauchanie" Strauchan), worked on radio with the likes of Judith Lucy and Myf Warhurst, and has his first feature film due for release in 2010.

It's been two years since he hit the stage with a solo show so don't miss your chance to see Peter Helliar live on stage - one night only!

"...give Peter Helliar a stage, a microphone, some bright lights and a captive audience and he shows why he is one of the nation's favourite comedians" - Sunday Mail, SA.