One of Us Interview 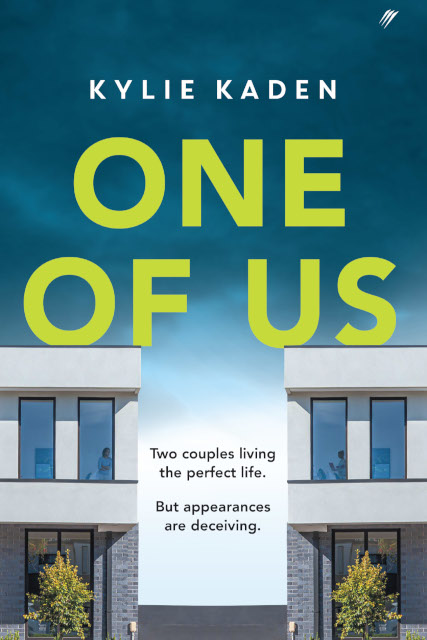 Out of the blue, Gertie's husband decides they need a break and he leaves her with their three children. Two streets east and three gardens down, successful businesswoman Rachael discovers her husband has cheated on her – again – even though she's pregnant with his third child. Thrown together by a chance encounter, the two women bond over the shared disaster that is their marriages.

People can only be pushed so far…

When one of their husbands is attacked, and ambulance sirens cut through the serenity of manicured gardens and cobblestone streets, the small community is shocked at the violence that's played out in their midst. CCTV reveals no outsiders visited the estate that night, confirming that the assailant must be one of their own.

As the web of neighbourly relationships unravels and the secrets of Apple Tree Creek are exposed, one question will be asked: which one of us is willing to kill?

About the author
Kylie Kaden was raised in Queensland and is the author of two previous novels: Losing Kate and Missing You. She holds an honours degree in Psychology and works as a freelance writer and columnist. Her new book, The Day the Lies Began is a domestic noir-thriller that explores one of her favourite themes: why good people do bad things.

Question: What originally inspired the idea of One of Us?

Kylie Kaden: The kernel of the idea sprung from a chat between a scrum of onlooking neighbours, during a heated domestic disturbance in my street. We all had different theories on what was taking place across the road. Was the wife being unreasonable, or was the bloke being a knob? Was it our place to get involved? Would calling the police fuel more conflict for the (perceived) victim after they left? Would we be responsible if we didn't act? We all had different perceptions based on our own experiences, and prior knowledge of the couple. It made me curious about the dangers of assuming we have a clue about what's going on behind closed doors…

I also wanted to pay homage to the complications posed by parenting in the digital age. Those screens – they're like digital cocaine.


Question: What did you learn, about yourself, whilst writing One of Us?

Kylie Kaden: Reflecting on those all-encompassing early years as a mum, it was clear how lucky I was to have a great bunch of women facing the same struggles (when to drop a bottle, when will I cough without weeing) and how important it is for women to find common ground to support each other. Despite the choices that may divide us; the way we birth, the way we nurture, if and when we return to paid work – the common ground – that we're all trying to do what we think is best for our kid – is far more powerful.

That, and the fact that 'writing is rewriting'. 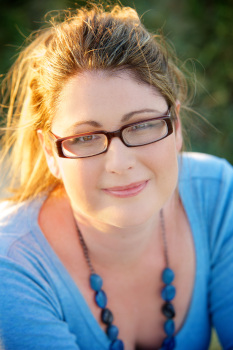 Kylie Kaden: Lots – but only on the surface. Most people's lives are far too mundane to capture an audience for long, but I've always brushed shoulders with the themes in some form. I think many writers merge their experiences and that of those around them, throw in a pinch of what they heard on the bus, a spoonful of what they read in the paper, fold it all into the melting pot of their minds and bake until golden.

I am thankful to report I am yet to kill anyone, experience coercive control or destructive affairs in my relationships, nor am I a survivor of child abuse, and yet I still touch on these darker issues because I believe there are 'harsh realities' society doesn't talk about enough.

Whether truth or lies, your interest and passion for what you write has to come from within.


Question: Is there a message you hope readers take from One of Us?

Kylie Kaden: Beneath the mystery of 'who did it' (and more importantly, why?), One of Us explores how three mothers balance protecting their children with ensuring their kids, and they themselves, take responsibility for their choices.

I would hope a female reader would finish the book feeling more empowered, less judged, and motivated to keep sight of the cornerstones of herself as a unique person, and not just be recognisable in her role as a wife, a mother, or partner.

I also hope it hits home to a reader that she never really knows what happens behind closed doors…and to remember that when she compares her own reality with the curated version others project to the world.


Question: What research did you do, prior to writing One of Us?

Kylie Kaden: I invariably cast flawed characters, then put them through the wringer (which usually results in a crime (at best) or a dead body (at worst)). However, I am not a detective, a paramedic, or a forensic scientist, so I rely on the kindness of friends in these fascinating professions to make scenes stay in the realms of plausibility.

One of Us delves into darker themes, so I explored what emotional scars are likely to remain with the characters, and let the research inform the plot. I tried to be subtle enough to be sensitive to readers who may have had similar relationship issues, yet honest enough to resonate. With any luck, some readers may even reframe their own history in a more empowering way.

Fiction can inform culture, and, as a psychologist, I believe it is important to bring some of these topics out of the shadows to better manage them as communities, and allow survivors to feel less alone.


Question: What is the best thing about creating characters like Gertie and Rachael?

Kylie Kaden: In many ways Rachael and Gertie couldn't be more different – but the ties that bound these two unlikely friends were stronger than social status or income. In the murkiness of their roles as mothers and wives, they'd both lost sight of their own selves (for very different reasons) and needed to get back on track. It was great contrasting different parenting styles, and I hope I did that without judgement of any particular approach to child rearing. In the end, aren't we all just winging it?

Kylie Kaden: If you love it, be tenacious. If you yearn to share your work, if only for a sense of validation, keep going. Writing is rewriting. Published Writers have one thing in common – they never gave up. Don't be afraid to write badly – you can (and will) edit and it keeps things ticking along. Don't be scared to put a little of yourself in your work – readers yearn for that authenticity. Being yourself is easy.

Don't judge your success by your published status or sales records. You are a writer if you write. Evaluate your success by the intrinsic feeling it invokes, and the connection you make with your readers. That is gold.

Kylie Kaden: My mum was a great advocate for reading, and because I was an 'indoor' girl with two older brothers who had no interest in their annoying little sister, I soon became a voracious reader as well.

I rode my bike to the library every Saturday, spokey-dokeys clonking along my rims, and would return with my wicker basket brimming with books to devour over the coming week. Revisiting that library forty years later to promote a book with my name on the spine was rather surreal (and I'm positive the hill I used to ride down was a lot steeper when I was twelve!).

Kylie Kaden: I'm delighted to announce I have just signed with Pantera to publish After August – a Domestic Noir, in 2023! It follows the road-trip of a teacher who finds herself in charge of a deaf six-year-old obsessed with death, when the boy's father (August, who she may or may not be falling for) splits town without explanation. The first stop on their journey to find him, uncovers a ditch the size of a coffin. The closer she gets to August's secrets, the more she fears she should turn on her heel and run.

Thank you for having me 😊