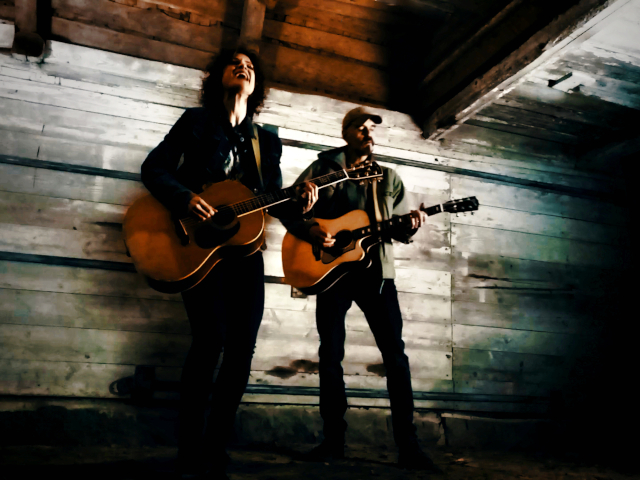 The time has come to release Swedish MOLOSSER's premiere album, Appear, out now. It contains nine strong tracks, from the dark, jazzy vibe of opening Unsolid to the desolate beauty of the final track, Ellesmere Island, by way of seven other songs that all have their own personality but are permeated by MOLOSSER's distinct sound, created with downtuned acoustic guitars, vocals and drums.

Tess and Jahn who are MOLOSSER, met in Gothenburg, Sweden's second largest city, where they lead various combos, most of the noisier kind, before moving to the small farm where they live now. Situated next to a little river amidst fields and woodlands, the place gives them a chance to live with the changing seasons and incorporate something of this into their music, while still preserving a dark, electric nerve. You can hear the inspiration of the river – and see the river itself – in the official music video of Water My Way that will be released along with the album (see below).

MOLOSSER are currently working with material for a new album, while also recording a series of raw, basic live recordings (just the two guitars and vocals) called "Barebones/Live" that will be released in the coming months alongside official music videos for more tracks from Appear. They're also fine tuning their gear in hope that the live scene will eventually open up again.