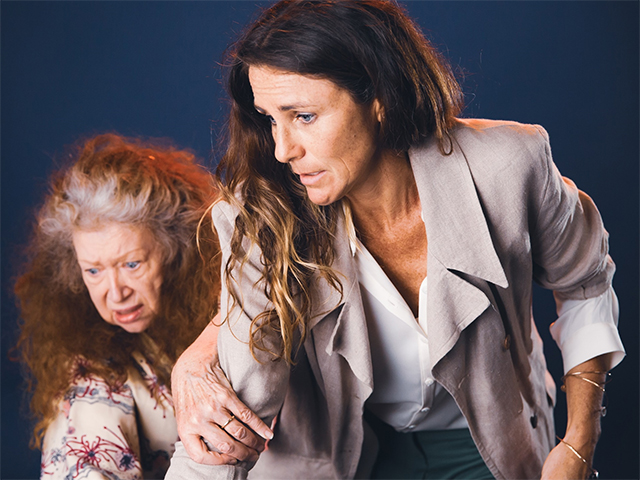 
A powerful and unfiltered exploration of the mother/daughter relationship, Betty is the latest highly anticipated work by writer and social scientist, Jules Allen.


Largely autobiographical, unapologetic, and wonderfully amusing, this premiere season unravels the complex tale of a mother's unresolved traumatic childhood, and the echoing impact on her daughter. One of the many programmed theatre productions that became a casualty of the 2021 VIC Lockdown, this premiere season now finally graces the stage at Melbourne's much-loved Theatre Works from the 16th to the 26th of February, 2022.


Betty invites audiences on the journey as Lucy's mother, Rose, succumbs to dementia and (although never close) Lucy finds herself in the challenging position of trying to care for her. Weaving through an unpredictable land scape she is brought face-to-face with the harrowing nature of old age and decline, and the urgency this places on the many unanswered questions of the past.

"After 40 years of a dysfunctional, chaotic and bitter relationship with my mother, I dropped everything to care for her in her final year of life.", explains writer/actor Jules Allen. "To this day, I don't know what provided the for giveness to do such a thing, but the rewards were endless. I felt like a helpless bystander, finally being given insight into a woman who had been an enigma to me my whole life. I promised her I would tell her story one day... and here we are."

Betty is the second play by Jules Allen, whose professional career as a humanitarian (both in Australia and internationally) was recognised in 2017 when she was awarded Alumnus of The Year at Southern Cross University. She has also been invited to deliver TEDx talks in Sydney and Melbourne and was featured on Australian Story in 2016.

Growing up in 70s Melbourne suburbia with a Thai-English mother, Jules Allen had a front row seat to the cultural challenges of the time. After enduring abuse and battling addiction to have a child at 21, she then went on to adopt three more and foster 32 other children. Among her many other achievements she now advocates for adoption reform alongside Hugh Jackman and Deborah Lee-Furness, and has coordinated the build of a shelter for women and children in the Solomon Islands. A gifted and compelling writer, her plays work to illuminate experiences and empower voices that often go unheard.