Lekha Singh Beyond Right and Wrong: Stories of Justice and Forgiveness Interview Lekha Singh Beyond Right and Wrong: Stories of Justice and Forgiveness Interview

'We talk about a world where peace is possible and where there are no enemies. Every time we demonise one another, we are delaying the onset of peace…" - Jo Berry

In current times of worldwide turmoil, internationally acclaimed award-winning filmmaker, Lekha Singh, is determined to spread the message of peace and continue the discussion of forgiveness in communities across Australia with her documentary, Beyond Right and Wrong: Stories of Justice and Forgiveness.

Singh's visit to Australia from 16th–31st March 2015 will see her traveling to a range of metropolitan, regional and remote areas across the country to discuss her film and the vital role of forgiveness in the peace process.

Joining Singh will be Jo Berry, one of the subjects of Beyond Right and Wrong, whose father was killed in the IRA Brighton Hotel Bombing in 1984. Berry has not only forgiven the man responsible, but has befriended him, proving the power of seeking forgiveness and peace rather than revenge and vengeance.

'Many people struggle to understand how I could forgive and befriend the man who killed my father," says Ms. Berry. 'It was a hard bridge to build, but I needed to bring something positive out of this emotionally shattering trauma and try to understand him. Hearing his story allowed me to experience him as a human being rather than a faceless enemy."

In what has been described as 'an exploration of forgiveness in the face of horror, of true human tragedy and, sometimes in the absence of justice," Beyond Right & Wrong not only explores the story of Jo Berry and the empowerment and peace achieved through forgiveness and friendship, the film also explores the stories of a woman who survived the death of her five children, struggling to forgive the man who killed them during the Rwandan Genocide, and two men"one Israeli, one Palestinian"who form a bond after tragedies claim their daughters.

'Beyond Right and Wrong has an incredible way of humanizing the enemy, helping us understand, rebuild and forgive, even in the most painful circumstances. I hope sharing my story can inspire others to seek non-violent solutions when it comes to moving through the conflict of grief and loss," continued Ms. Berry.

'These are human stories," said Singh. 'The stories broke my heart yet gave me enormous hope. I hope this film illustrates the strength of the survivors and expresses the possibility of an alternative path towards justice, a solution rooted in neither violence nor hatred."

Singh is also partnering with charities across the country to help raise awareness for the film. For each view, 50 cents will be donated to charities worldwide through by Share the Mic and Operation Kids. 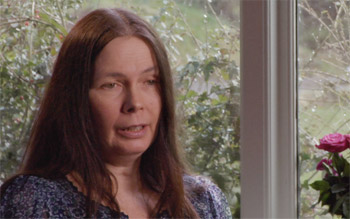 Question: What inspired the creation of Beyond Right and Wrong: Stories of Justice and Forgiveness?

Lekha Singh: When I was in Rwanda working on my photography, I saw women whose children were murdered talking to and even forgiving the people who killed them, and I just couldn't understand how that was possible. Because of this resilience, I started a journey to discover how people can forgive in such situations. I wanted this film to focus on forgiveness as part of the human condition, rather than just the role of forgiveness in Rwanda, so I collected stories of loss and resilience from people in Northern Ireland, Palestine, and Israel in addition to Rwanda. The whole film is about the tension that exists between fighting for justice or moving on or sometimes having both. I've deliberately tried to make things not prescriptive in my film. I am a filmmaker; I don't know the answers to a lot of these questions. And this was really my journey into finding these things. The characters speak for themselves. It's their journey, and it's up to you what you take from their journeys and what you learn from them or not.


Question: Can you talk about the research that went into the three stories portrayed?

Lekha Singh: We did a lot of internet research and talked to a number of contacts. Some of it was word of mouth. We started talking to Rami's son, who is only in the film for a short scene, but he introduced us to his father, who is a main interviewee in this film. In short, we found them through just a lot of conversations.


Question: What do you hope audiences take away from the documentary, Beyond Right and Wrong: Stories of Justice and Forgiveness?

Lekha Singh: Forgiveness is difficult to define. Even after thinking about the subject for seven years, I really don't know how to define it. The best definition that I can think of was given to me by someone who said, 'It is relinquishing all hope of a perfect past." Religions have their own definitions of forgiveness. For example, the Dalai Lama calls it compassion, but to me, all that falls within the same spectrum. My driver in Rwanda shared his story with me: his father and brother were murdered by a neighbor, who was also a close friend. I asked if he forgave this man who murdered his father and brother, and he said no. He told this murderer, 'I will not kill you. I will not kill your family." However, I believe this falls within the spectrum of forgiveness. From my experiences during question and answer sessions, I know some people view forgiveness as an indication of weakness and justice as an indication of strength. I disagree; I believe forgiving takes more strength than fighting for justice. However, one is not better than the other. There is a time for forgiveness and a time for justice. But from what I have seen, full healing cannot happen without some form of reconciliation or forgiveness. Healing happens when the victim sees that the perpetrator is also human and when the perpetrator sees that the victim is also human. One of my close friends was raped, and she said that she carried that in her body and her soul like she was possessed by all the things that happened before, during, and after the rape. But she stood in court and told the rapist, 'I forgive you." And that was the moment she realized she was no longer possessed by what was going on. She said, 'I got my power back."


Question: Why is it important for you to generate the discussion of forgiveness in communities Australia-wide?

Lekha Singh: Because a lot of people do not know that something like this is possible.


Question: Can you talk about why you chose the selected charities including Jewish Community Alliance (JCA), Global Reconciliation, Case for Refugees and the Uthando Project?

Lekha Singh: These organizations are doing great nuts and bolts nonprofit work, and we really wanted to support their efforts.