As questions reared around the Internet for the past few weeks of "Who Is KESMAR?", and only answered with cryptic snippets on social media - KESMAR has revealed his identity in full, with the release of his debut single 'Feel It Again'.

A project that's sure to have dancefloors moving with vigour, first single 'Feel It Again' explores the darker side of romance, inspired by a recent break-up. Premiering on triple j Good Nights, the track was written alongside Lanks in his living room in Sydney, and co-produced with Tobias Priddle in Melbourne, with obscure percussion samples accompanied by live drums and live bass to give the project an organic flavour.

Listen to 'Feel It Again' here.

KESMAR is a new chapter for Sydney musician Nathan Hawes. Having first picked up a guitar in 2006, Hawes spent over a decade serenading audiences with his folk tunes with great success. Considering his musical background, Hawes' latest evolution into KESMAR comes as an eyebrow-raising surprise. He's traded his acoustic guitar for swirling synths, introducing a more disco-oriented chapter of his career. Conceived from writing sessions in 2016, where he "basically fell in love with learning production and vintage synthesisers."

"When I was writing folk music, the simplicity was everything, but I felt I was limited. I used to write a song in a night, and only when I was feeling creative. Now, I have taken on a whole new writing method, starting a writing session with a stranger and finishing a track a day," KESMAR says.

Nathan threw himself headfirst into his latest musical adventure, purchasing recording software and a 1982 Juno-60 synth. KESMAR began co-writing with indie and electronic mainstays like Lanks, Panama, Tim Ayre (Tim & Jean) and George Nicholas (Seekae) to hone his craft, while also living off a healthy soundtrack of like-minded European artists like Metronomy, Roosevelt and L'imperatrice.

As a result, KESMAR is very much a project of collaboration and experimentation, and his latest sounds ooze with the brave ambition of an artist who's treading through uncharted sonic waters.

To celebrate the release of 'Feel It Again' single, KESMAR will perform one show only in Sydney at the Lansdowne Hotel on Wednesday November 7th.

Keep KESMAR on your radar, because he's set to deliver the sounds of summer. 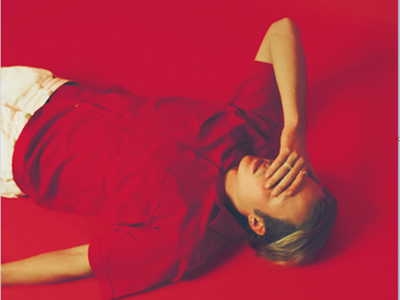 Question: How would you describe KESMAR's music?

Nathan Hawes: I think genre-wise it would somehow fit into the alternative pop corner of the music world with influences of 70's disco.


Question: What inspired Feel It Again?

Nathan Hawes: 'Feel It Again' was written in the summer of 2017 with good friend Will Cuming aka LANKS in his living room in Sydney. The track stemmed from a recent break up at the time, was still in the feeling of after a relationship ends you often question yourself "will I feel it again?", basically saying will I ever feel the way I used to feel. From there lyrics, theme and track all developed around each other fairly smoothly.


Question: What was it like to write Feel It Again with Lanks?

Nathan Hawes: 'Feel It Again' all came together pretty naturally as it was written from a real and relevant feeling at the time. LANKS really helps on the lyrical side, somehow he always understands what feeling I'm trying to convey and helps me express that further. Most of the track was done in one session in his living room in Sydney. I took it home that night still inspired and did some additional production then finally taking it to Tobias Priddle's studio in Melbourne to add live drums, re-do vocals and a touch up on the arrangement and it was finished.

Nathan Hawes: I haven't played a live show as KESMAR yet, but I have been doing pre-production for our show at the Lansdowne on the 7th Nov, and can't wait for everyone to hear the new single live.


Question: What should we expect from the upcoming show at the Lansdowne Hotel?

Nathan Hawes: I think the Lansdowne show is going to be super high in energy. It will be the first time many people have heard 'Feel It Again' live and a tonne of unreleased songs. Also getting that instant feedback on what works and what doesn't, will be a huge guidance for the future shows.


Question: If you could have anyone, in the world, attend the show, who would it be?

Nathan Hawes: Ah to have anyone attend the show… I think it would have to be Gene Dunlap, a disco king from the late 70's early 80's.

Nathan Hawes: Next month will be the first time we'll be playing a KESMAR live show so I can't exactly say which I prefer more. I do love the studio though, The routine of waking up, coffee and straight into it with fresh ears and ideas is therapeutic for me.


Question: What is the story behind the name, KESMAR?

Nathan Hawes: Basically, came to a point where I had all of these tracks finished, imagining the whole lot and the only thing left to tie it all together was the project name. It took so long time to decide on a name but it came to me after the music and visuals were finished, to look at it all as one cohesive project and put a name to it. KESMAR seemed to come at the right point.

Nathan Hawes: I think heavy experimentation motivates me most when writing music. Having the luxury of having some vintage analog synths and guitar pedals gives me that sense of physically turning knobs and dials to make new sounds. I get lost sitting at my synths trying new ways to get different sounds. Sometimes it takes hours, others I turn it on and what I'm listening for is right there, so I definitely think experimentation and bouncing ideas of friends, a lot of the time with fresh ears. Get as much feedback as possible, it's a good way to stay motivated.

Nathan Hawes: At the moment to the record 'Pizzazz' by Patrice Rushen some great 70's disco, along with Soulwax, the new Jungle record is great and also my favourite Japanese artist 'Sunset Rollercoaster'.

Nathan Hawes: I don't really think there was a single inspiration or moment where I knew I wanted to get into the music industry. I think it was just a natural thing from a young age. I played guitar from about 7 years old then started songwriting at about 14-15 so it was just something I was always doing through school and didn't really see myself doing anything else.

Nathan Hawes: I think would be Michael McDonald from the Doobie Brothers, or a guy called Benny Sings, he's the one behind the Rex Orange County track 'Loving is easy'. He's a great producer / writer, would love to work with one day.