Katile So Caught Up Interview Katile Returns With New Brand New Single So Caught Up

After releasing a debut album in 2015, spending years performing on cruise ships and venues throughout New York and working with some of the most notable names in music like Matty Amendola (Adam Levine), Katile (pronounced Katie Lee) returns with her brand new single So Caught Up. The New Jersey born and raised artist has partnered up with world-wide renowned drummer and producer Mark Eckert who has worked or collaborated with touring members for Lady Gaga, Prince and Usher. After being developed by Mark for the past year she is finally ready to release her new single that will come out through That Nineties Kid Publishing.

Keeping true to her single mother's blessing of pursuing a career in music, Katile is no stranger to hard work. Having already released two solo projects, including her debut album 'Don't Go Away' in 2015 which allowed her to consistently perform throughout New York and her follow up EP Real Religon that boasts a 5-track infusion of electro-pop which saw her perform on Spectrum News NY1.

Her passion for entertainment shines through her regular performances in NYC and has gained her mass attention landing her in some heavy weight publications such as The New York Post, Time Square Chronicles, Page Six, Hollywood Life & Time Out NY.

There's no question when it comes to Katile's integrity and work ethic, having established a solid team and developing sound, she is truly one to keep her eyes on! Touching down in Australia and with more big announcements to come in 2018, make sure to stay up-to-date with Katile via her socials below.
Facebook.com/Katileofficial
Instagram.com/katielee
www.katileofficial.com 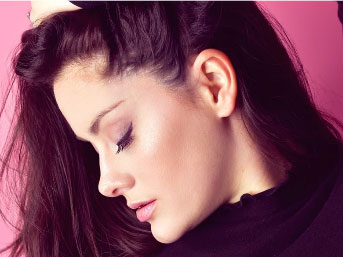 Katile: Vibrant electronic pop with rhythmic easy to sing along to melodies.


Question: What inspired So Caught Up?

Katile: I usually pull inspiration from my real life situations, I think we can all relate to being in a relationship that feels really good, but we know it might not be the best for us. We go for it anyway, because we are just So Caught Up in the way they make us feel. My emotions in real life are what tend to fuel my creativity.


Question: Which is your favorite song to perform live and why?

Katile: So I love to sing my own songs and I actually really love to sing anything Whitney Houston or Tina Turner. I think Proud Mary, might be my favorite. It is just as challenging physically as it is vocally and I love how I get to really put it all out there during that number.

Katile: My grandfather who passed away when I was in college, he inspired me to want to be a singer as a kid, and I would love to be able to sing for him now that I'm older. I think he would be super proud.

Katile: I truly love both. There is nothing better than having a room full of people and getting to feed off of their energy while performing live.

Katile: It is cheesy to say, but my heart. I tend to do what just feels right, so if I am feeling something in the moment, I'm going to sit down and try to write and sing my feelings out.

Katile: I love this new artist I recently discovered called WENS. I also have Tove Styrke, Shawn Mendes, and Dua Lippa in my playlist that I play on repeat.

Katile: My grandfather was a singer and musician, so he would be my number one inspiration. I also grew up listening to Whitney Houston, Mariah Carey, and MJ; seeing how powerful their voices were definitely inspired me to want to be able to perform like them.

Katile: Michael Jackson for sure and getting to sing with Tina Turner would be a dream come true as well.