How To Please A Woman 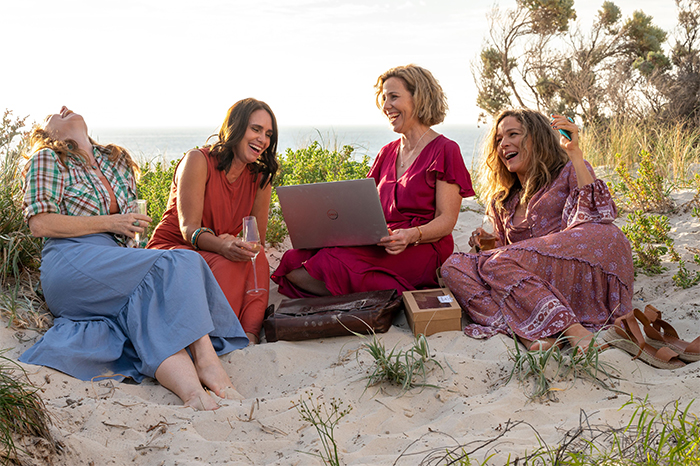 Gina is not feeling fabulous. She has lost her job and feels stuck and frustrated in a passionless marriage. She has always lived life on the sidelines – that is, until she is met with the ground-breaking business opportunity of converting a team of well-built moving guys into well-built housecleaners. Initially the response from her ocean-swimming community is immediate, and her all-male cleaning staff an instant hit. Finally, she is the boss she has always wanted to be.

But, as her business booms, her clientele demands something more – sex, or better yet, pleasure. Faced with something far more than she imagined, Gina and her team, including her foodie manager Steve, launch an enterprise that is all about getting intimacy right between people. For the first time, the women experience desire on their own terms. As Gina faces the highs and lows, the joys and struggles of maintaining such a unique business, she learns to stand up for herself, to lookout for her own happiness and pleasure, and to take control of her life. HOW TO PLEASE A Woman is a precarious, often hilarious and revealing journey into the vulnerable world of what women really want and how hard it can be to get it right.

HOW TO PLEASE A Woman