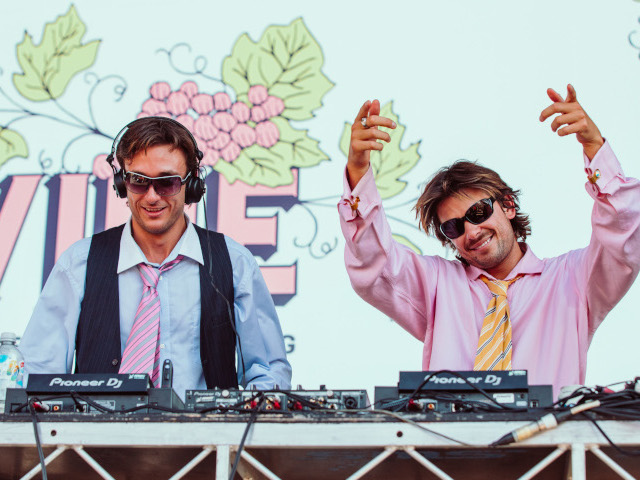 Australia's favourite wine and music pairing Grapevine Gathering have just announced they will be expanding to South Australia and Queensland, confirming dates for 5 wineries around the country.


Loveable Instagram celebrities and all-round legends 'The Inspired Unemployed' will be hosting Grapevine Gathering at all 5 shows, performing changeover DJ sets, and various other shenanigans.

For their first foray at festivals, they hosted Grapevine Gathering VIC back in January, taking sweaty shoes from random punters and doing shoeys on stage. They also hosted a segment of 'The Bachelorette', performed an acoustic version of 'Drops of Jupiter' and gave it a crack at DJing the changeovers. The general consensus was their dancing skills were much better than their DJing skills. Hopefully they learn to DJ before October comes around….

The lineup is yet to be announced, but past headliners have included the likes of Two Door Cinema Club, Flight Facilities, The Wombats, Tkay Maidza and The Veronicas so we're sure Grapevine Gathering has something special up their sleeves.

Introducing Grapevine Gathering's new partners in wine….situated in the heart of McLaren Vale and only a 45 minute drive from Adelaide CBD, Serafino Wines will welcome Grapevine Gathering to its charming vineyards for the inaugural South Australian gathering.

Sirromet Wines, located in the picturesque Mount Cotton, the Queensland edition is only a short drive from Brisbane and the Gold Coast.

Grapevine Gathering will also be returning to its homes at Roche Estate in the Hunter Valley, Rochford Wines in the Yarra Valley, and Sandalford Wines in Swan Valley.

Grapevine Gathering is brought to you by Untitled Group, the largest independent music promoter in Australia and the masterminds behind festivals such as Beyond The Valley, Pitch Music & Arts, Grapevine Gathering, Wildlands, For The Love, Ability Fest & more.