From Eskimo Point to Alice Springs 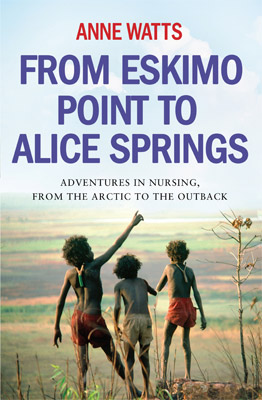 From Eskimo Point to Alice Springs

In the early 1960s, Anne Watts was a newly qualified nurse, eager to use her skills. Her father expected her to work locally, not too far from North Wales, where Anne had grown up, and to then settle down and have children. However, Anne was a 'chip off the old block' who had inherited her father's adventurous spirit and at the first opportunity she set sail for Canada, to work in the remote stations in the frozen north of the country. She found a placement easily, one of only a couple of women to work among the indigenous peoples who, in those days, were called Eskimos. With the whole world to explore, Anne later headed for Alice Springs in the Australian outback. She speaks eloquently about what it was like to be a nurse and midwife among a tough cattle-ranching community who lived, not always harmoniously, in close proximity with Australia's Aboriginal people. Working with native peoples, Anne's eyes were opened to their skills at surviving the harshest of environments, but also to the prejudices they suffered. Forty years later, Anne returned to both countries to see how life has changed in Eskimo Point and Alice Springs, and what has become of its people and landscape.

Anne Watts was born in 1940, completed her training as a nurse and midwife at Manchester Royal Infirmary in 1961, and went on to work in some the world's most turbulent war zones from the 1960s through to the 1980s. Her life story reads like a chronicle of the past seven decades of world history. She lives in Devon and London and has now embarked on a career as a writer. Always the Children: A Nurse's Story of Home and War is her first book.