250,000 Shades of Purple: Epilepsy Does Not Look the Same for Everyone

This March, Epilepsy Action Australia, the largest provider of services for people living with epilepsy in Australia, is advocating for greater recognition for epilepsy as a spectrum disorder, meaning that the 250,000 Australians living with epilepsy experience the condition differently. While epilepsy is more common than Parkinson's, cerebral palsy and muscular dystrophy combined, it is widely misunderstood.

"Epilepsy occurs on a spectrum, like autism. In some cases it is genetic, but epilepsy can also be acquired by things such as head injury, infection or stroke, and it can occur at any point in a person's life, from infancy to old age, many people do not know why they have epilepsy" says Carol Ireland, CEO of Epilepsy Action Australia.

"Epilepsy also varies in severity and frequency from person to person and seizures differ as well, from a momentary pause and staring into space to full body convulsions. In fact, there are actually about 40 different types of epilepsy which can either involve the whole brain or part of the brain."

Neurologist Professor Terry O'Brien, President of the Epilepsy Society of Australia and Director of Neurology at Melbourne's Alfred Hospital, says that the growing recognition of epilepsy's complexity means that there is not one way to treat or manage the condition and different forms of epilepsy require an array of personalised therapeutic approaches.

"Approximately 70% of all patients can have their seizures controlled with anti-epileptic medication. For those who don't respond to drugs, advanced imaging techniques may allow them to benefit from surgery," says Professor O'Brien. "Yet epilepsy still has no cure " for many, it is a lifelong, chronic disorder."

Purple Day on March 26 is a global initiative dedicated to raising epilepsy awareness. Every year Epilepsy Action Australia works to bring the condition out of the shadows and increase awareness of the impact that this condition can have on individuals and families.

"Throughout history, epilepsy has been a misunderstood condition and misperceptions, fears and stigma still exist within parts of our community today. That is why we are using the symbolism of 250,000 shades of purple this Purple Day to highlight that living with epilepsy. is different for each of the 250,000 Australians diagnosed with the condition," continued Ms Ireland. "Incredibly, in recognition of this global initiative, for the first time ever, the Sydney Opera House will light up purple for Epilepsy Action Australia on the evening of Purple Day on March 26."

This Purple Day, Epilepsy Action Australia are aiming to raise $250K - one dollar for every person diagnosed with epilepsy in Australia - to go towards creating a range of cutting edge technology solutions and e-Resources.

"What we hear every day from people with epilepsy, is a real desire to maintain as much control as possible whilst living with what can be a very out of control condition. Technology can be a real life-changer in this regard, for better communication, improved care and, ultimately, better quality of life," continued Ms Ireland. "For this reason, Epilepsy Action is committed to being at the forefront of cutting-edge solutions for managing epilepsy and putting the power at the fingertips of those living with the condition We are in the advanced stages of exploring a range of apps to assist with seizure management, telehealth and better clinical consultations with GPs and specialists."

"What we desperately need is funds to go towards getting incredible resources off the ground and working to improve the lives of those living with epilepsy. We encourage the Australian public to get behind us in any way possible this Purple Day on March 26 to reach our $250,000 goal. That's $1 for every Australian diagnosed with epilepsy," finished Ms Ireland. 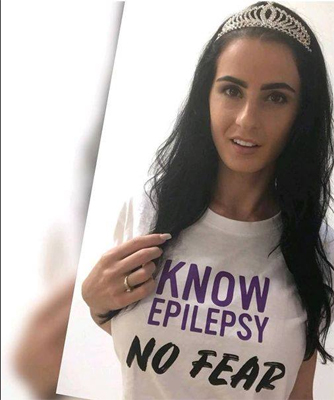 Get Involved in Purple Day this March

Epilepsy Action would like to encourage all Australians to get involved in Purple Day this year to raise funds and awareness, with some ideas including:
Host your own fundraising event with a purple twist – a morning tea, a BBQ, a bake sale, a run, whatever you can think of! The only limit is your imagination.
Get your school involved – hold a free dress day, sports day, sausage sizzle, or deliver Epilepsy Awareness presentations for K-2 or 3-6 in class.
Buy our merchandise to show support and start conversations including t-shirts, hats, keyrings, pens and wristbands
Make a donation online or phone 1300 37 45 37, to help support what we do.

Question: What is Purple Day?

Freya Pearson: Purple Day (26th March) is a global initiative dedicated to raising epilepsy awareness. Purple Day was founded in 2008, by nine-year-old Cassidy Megan of Nova Scotia, Canada. Motivated by her own struggles with epilepsy, Cassidy started Purple Day in an effort to get people talking about the condition and to let those impacted by seizures know that they are not alone. She named the day Purple Day after the internationally recognised colour for epilepsy, lavender.


Question: What's the main message you hope to spread for epilepsy awareness month?

Freya Pearson: Firstly, that not everyone with epilepsy has the same type, there are 40 different types, and while epilepsy is more common than Parkinson's, cerebral palsy and muscular dystrophy combined, it is widely misunderstood. Through Purple Day, we want to eliminate stigma and discrimination through awareness and understanding.

We also want people to know what to do if someone had a seizure, Please look at Epilepsy Action's first aid information and videos to make sure you can help someone if they are in need.

This year, we are incredibly excited that the Sydney Opera House will light up purple for Epilepsy Action Australia on March 26 to promote epilepsy awareness for the very first time!


Question: What is epilepsy as a spectrum disorder?

Freya Pearson: Epilepsy has many forms – different seizure types, different causes of epilepsy, and different effects on quality of life for each person. Some people have their lives turned upside down and live with unpredictable seizures for their entire lives, taking many medications with no real success. Others can live relatively unscathed and their seizures are well controlled or go into remission early on. Then there's everyone else in between. 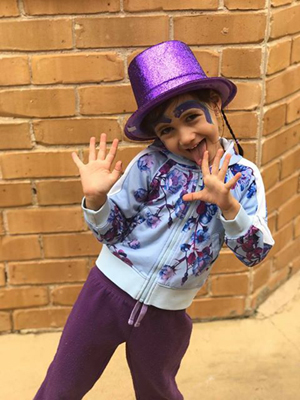 Question: How do Australians living with epilepsy experience the condition differently?

Freya Pearson: It depends on the seizure type, when they happen and how often they happen. Some epilepsies are catastrophic and life limiting. For people who have regular seizures it affects every aspect of life and their quality of life is poor: poor mental health and well-being, unemployment or underemployment and financial hardship, relationship difficulties, social limitations and isolation and dealing with others reactions.

For people who can gain seizure control, we still don't underestimate the effects. They may still experience medication side effects, memory issues or anxiety about having seizures, plus they usually need to make lifestyle changes for better seizure control.

Everyone has their own journey living with epilepsy, and we want people to recognise this condition presents itself in many forms.


Question: Why do you believe epilepsy is so misunderstood?

Freya Pearson: Unfortunately, epilepsy is a condition that is not talked about regularly and there is a lack of information in the general community. So it is no surprise that people do not have a lot of knowledge about it. When people hear the word epilepsy they immediately visualise a person jerking, yet this is only one type out of 40 different types of epilepsy.

Fear of the unknown and stigma play a significant part. Convulsive seizures can be frightening and you can't really do much to help the person except stay with them, keep them safe and wait until the seizure is over. The more we can do to raise awareness about people living with epilepsy or impacted by epilepsy the less it is misunderstood.


Question: What are the most common symptoms associated with epilepsy?

Freya Pearson: This Purple Day, we are explaining that epilepsy does not look the same for everyone. For some people you could look at them and not realise they were living with epilepsy. Everyone comes with different symptoms.

The symptoms vary considerably but may include seizures, medication side effects, fatigue, tiredness, memory issues, anxiety, depression. However, they are not symptoms everyone might encounter.


Question: How can Australians support and get involved with epilepsy awareness month?

Freya Pearson: Epilepsy Action would like to encourage all Australians to get involved in Purple Day this year to raise funds and awareness, with some ideas including:

• Host your own fundraising event with a purple twist – a morning tea, a BBQ, a bake sale, a run, whatever you can think of! The only limit is your imagination.
• Get your school involved – hold a free dress day, sports day, sausage sizzle, or deliver Epilepsy Awareness presentations for K-2 or 3-6 in class.
• Buy our merchandise to show support and start conversations including t-shirts, hats, keyrings, pens and wristbands
• Make a donation online or phone 1300 37 45 37, to help support what we do.