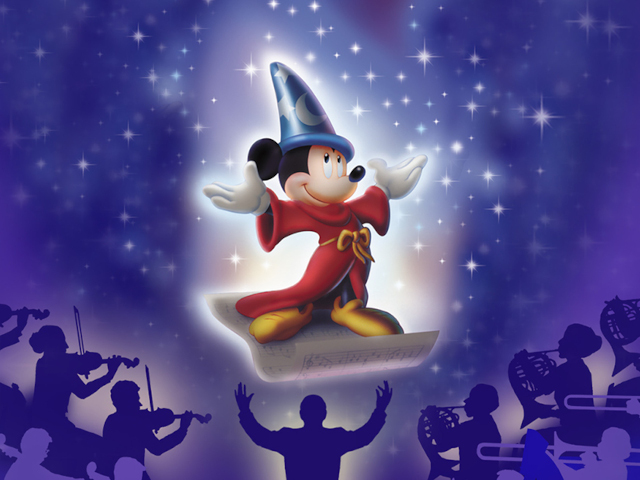 Be swept away this June in a night of musical magic when the Melbourne Symphony Orchestra presents one of Disney's most extraordinary and groundbreaking animated features, Fantasia, in concert live to film.

Released to great acclaim in 1940, Walt Disney's Fantasia was his boldest experiment at the time and culminated in the creative visionary's desire to blend animated imagery with classical music.

'Fantasia is one of the most influential pairings of music and moving pictures in history. Since it was released in 1940 it has captured the hearts and minds of people of all ages,' said Ben Northey.

The original film score was conducted by Leopold Stokowski with the Philadelphia Orcehstra, recorded in stereophonic sound, which was still an experimental medium at the time. What had begun as a vehicle to develop Mickey Mouse's career with an animation short titled The Sorcerer's Apprentice, went on to become a genuine cinema classic.