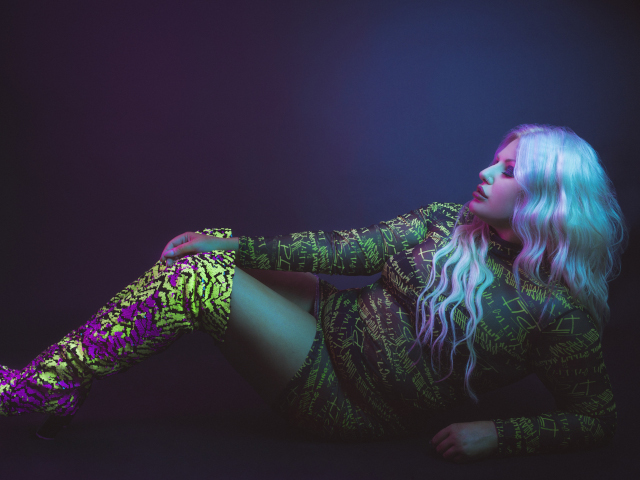 Working alongside her producer Jeremy Drakeford, Melbourne-based singer Evie Ember (formerly known as Ashy Rose) wrote her latest single Crazy In My Mind as a way of processing a traumatic relationship. The song is honest and revealing, but won't leave you feeling downbeat - instead, it is a documentation of Evie overcoming her demons, with a bit of pop magic in the mix.

Speaking about the track, Evie says it's her way of connecting and helping others recognise the situations they might be in. "I was in an emotionally abusive relationship with a narcissist for three years. I made countless attempts to leave over that time as I was getting scared for my safety, but it always seemed to draw me back in."

"The line in the song 'I'm seated with night terrors at high teas' and really, the whole song, is the perfect way to describe that paralysing and terrifying feeling of being stuck in something and with someone, that's like a nightmare you wish you could wake up from."

If you're looking for an artist that knows how to make forward-thinking pop, but you're sick of the saccharine, then Evie Ember's music is for you. It's pop music with a kick, and it'll make you take stock of the world around you. If you're looking to have a boogie, and learn a bit more about yourself, then put on Crazy In My Mind and let her lyrics do the rest.

Evie Ember: Honest, revealing, forward thinking pop but for people who are sick of the saccharine. Love story telling through metaphorical lyrics so many people can connect their own stories through it. I've also been told my music sounds like a fusion of Lady Gaga and Billie Eilish.


Question: Can you tell us about Crazy In My Mind?

Evie Ember: I wrote the song from the perspective of being encompassed by sleep paralysis as a metaphor for someone's reality, as a way of connecting and helping others recognise the situations they might be in. Lyrics like, 'I'm seated with night terrors at high teas' are the perfect way to describe the paralysing and terrifying feeling of being stuck in something and with someone, that's like a nightmare you wish you could wake up from.

It's for anyone feeling trapped in their own mind, whether it be from an abusive relationship, struggling with mental health or with illnesses where they feel like they have to put on a brave face to the world.

Evie Ember: I had envisioned it since I wrote the song, having each time your eyes closed to sleep being plunged into different worlds, whether it be somewhere being held against your will, in control and feeling like a bad b**** or slowly falling into madness being fed white noise by those around you and the media. It's a visual metaphor as to how life can feel. Always given a semblance of choice but at the end of the day you can sometimes feel like a slave to whatever bounds are placed upon you by society itself or your own individual personal circumstances.

Evie Ember: This song is to connect with anyone who is feeling frustrated and unheard and give them a feeling that they are not alone, to have something to pour themselves into if they really listen to what the lyrics have to say. It's also got the juxtaposition of being an enjoyable fun beat to jam to, but with a powerful message underlying. 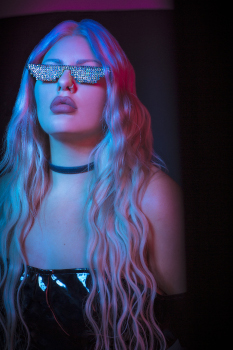 Evie Ember: I have spent most of my professional career performing live so I would have to say I prefer that. Being able to instantly connect to who is listening to your music is not only personally gratifying but also so wonderful to be able to talk after the show and hear other's stories and how they have resonated. It can be incredibly humbling and once again, that connection is what life is all about.

Evie Ember: I haven't got any planned just yet, but looking forward to doing another one asap, I'll make an announcement on my socials for the next one !

Evie Ember: Always! I used to put on shows in my living room for my parents just like every other aspiring performer usually says. The little mermaid 'part of your world' was my go to in my 3 year old repertoire, and funnily enough is now my pet parrot's favourite song that I sing to her!

Evie Ember: It takes a lot of time, determination and there is always going to be rejection along the way. However, I've always felt a drive to share music with the world and so far want to keep doing so.


Question: What has been your favourite part of your career?

Evie Ember: I've had a lot of highlights, like performing in front of Neil Patrick Harris, performing at big festivals like Adelaide Fringe and Melbourne Comedy Festival, writing and touring my first comedy cabaret show, but my absolute favourite is finally being able to show my original music to the world and working with some dream collaborators already.

Evie Ember: All days start with me waking up and making my parrot breakfast and singing to her as I get ready, and then it can differ greatly as I wear so many hats! Some days I may be writing music and going for a swim, sewing or altering a costume or garment, doing admin, talking about wildlife conservation, presenting in front of a camera, doing eyelash extensions, doing makeup for clients or performing covers at events!

Evie Ember: My style is generally fairly eclectic and based on how I feel. Some days I am vibing pant suits and other days I may look like a grungy drag queen barbie. Generally speaking though, I would not call myself a girly girl. I like to wear things that make a statement.

Evie Ember: I already have a really exciting collaboration in the works which will be out in the next month or so, then more new releases this year.