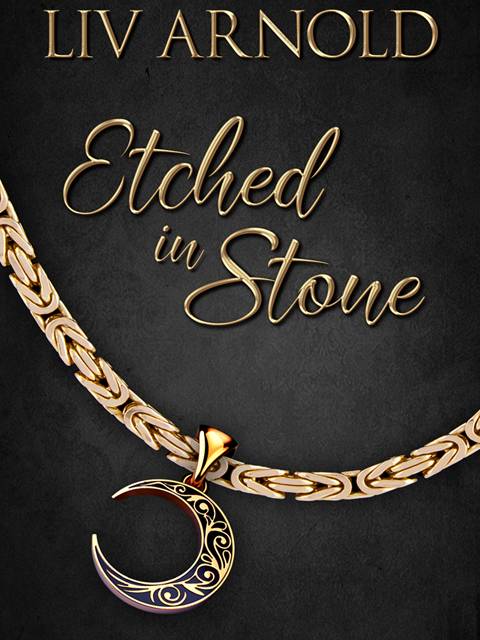 Invested in You Book 1

Vanessa Lang lands her dream job at an investment firm, Stone Corp. When her kleptomaniac mother is caught shoplifting, Vanessa is forced to accept a deal with the detective"collect evidence of insider trading at her new job. Investigating Sebastian Stone comes with benefits. The drop-dead-gorgeous CEO introduces her to steamy encounters in public places, and in the midst of it all, she gathers information about his business. She soon has a difficult choice to make…save her mother or protect the man she loves.

Question: What inspired your novel, Etched in Stone?

Liv Arnold: My husband Tim said an idea as a joke for a romance book: A woman accidentally walks into the men's changing room while a guy is half naked. But since it's romance, the woman doesn't mind because he's insanely good looking and rich. I thought this idea could work and decided to go with it.

In Etched in Stone, there are a lot of relatable and embarrassing situations that's happened to me or someone I know. Yes, I shamelessly stole real-life scenarios. People really need to be more careful when talking to me.

I've been told there are laugh out loud moments. I personally love a good pun and dad joke. There are many of them throughout the novel.

There's a lot of stigma with writing romance. People do make fun or snigger like school kids. I always wonder why romance makes people so uncomfortable. The women are strong and takes charge of their life. The men support their partner's every need and ambition. How is that a bad thing? I write about people falling in love and sex happens to be a part of it.


Question: What was the best part about creating the character of Vanessa Lang?

Liv Arnold: The banter between Vanessa and her love interest, Sebastian Stone. Neither of them takes themselves too seriously. I loved creating the one liners, bad puns and dad jokes. I had a ton of fun with the exhibitionist-type sex scenes. Each one had something quirky about it.

Vanessa's an intelligent woman. Her actions and thoughts show it. She's reliable, loyal, a little insecure and relatable. She's the type of person where people would want to be friends with. I think she'll be a great role model for women.


Question: Is her character based on any one you know, in real life?

Liv Arnold: Vanessa is actually really similar to me. I'm really awkward, clumsy, but insanely loyal. Even though I've never stumbled in on a gorgeous man in the change room, it's the type of thing to happen to me. I have accidentally walked into the men's bathroom, but the guys hadn't been hot CEOs.

In Vanessa's car accident scene, where she bumped another car and called the cops on herself"I did that in real life. I was mortified when I got handed the fines, just like Vanessa in the book.

Liv Arnold: I'm currently writing the sequel, based on Vanessa's colleague Jenna. The story is about second chances with the possible reconciliation with her husband and also exploring her bisexuality as a single woman. Jenna is bi-racial and bisexual. There needs to be more diversity in books.

I'm also writing a Young Adult Fantasy trilogy"An ordinary girl named Sophie is pulled through her bedroom mirror into the Netherworld by handsome demon prince, Xander. She learns she's half demon and must aid their war before it spills over to Earth, and she loses everyone she loves.