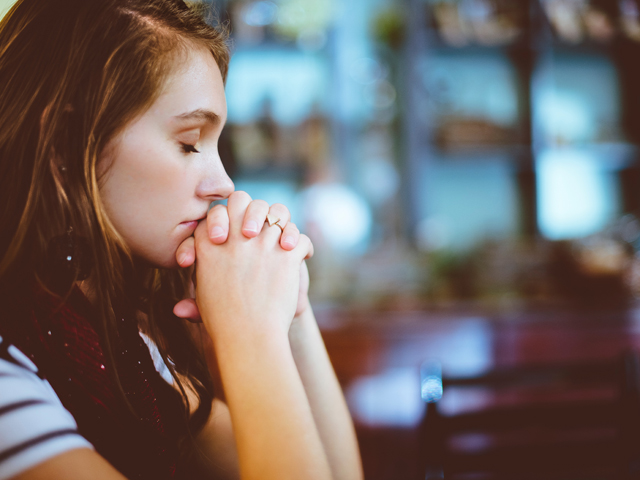 Holding Onto Resentments and Grudges

Imagine being told at just seven years old that you would never be able to read and write and never amount to anything.

Dr Demartini, founder of the Demartini Institute spent much of his childhood being told exactly this, by his teachers and even his parents while growing up. After being constrained to arm and leg braces until he was four years old and living out his teenage years on the streets, Dr Demartini chose to be liberated, rather than limited by his experiences.

Today after decades of extensive studying, he inspires others to do the same, travelling across the world and providing inspirational and practical advice to people across all disciplines and industries, helping them gain a better sense of self-awareness and empowerment.

"I've written 300 books, traveled 17 million miles and reached 3.5 billion people," he explains, "My goal is to continue to help greater numbers of people and inspire them to live a life of fulfillment."

Dr John Demartini is the International best-selling author of The Values Factor and educator. He is considered one of the leading authorities on human behaviour and personal development. Dr Demartini has been a welcomed guest on Larry King Live, a contributor to Oprah Magazine, and featured in the international phenomena The Secret. He has appeared in numerous documentaries such The Opus, The Compass, Spirit 2 Power and Oh My God alongside celebrities such as Hugh Jackman, Seal, Ringo Star and Bob Geldof, and is the author of 10 books published in 29 different languages. He has produced over 60 CDs and DVDs covering subjects such as personal development, relationships, wealth, education and business. www.drdemartini.com

Question: What is an example of a grudge, we may be holding on to?

Dr John Demartini: Any time you perceive another individual displaying or demonstrating any trait, any action, or any inaction that significantly challenges your true highest values or priorities, you can become resentful and begin to hold a grudge, irrespective of time until this initiating perception leading to the feelings of resentment has become neutralized through deeper reflection, intuitive introspection and consciously rebalanced as an imbalanced equation of your perceiving mind. This resentment of grudge could be in any area of life – financially, vocationally, 'familially', socially, physically, spiritually or mentally.


Question: Why is it crucial that we let go of any grudges we may have?

Dr John Demartini: Any resentment you hold onto is stored in what has been called your subconscious mind and/or subcortical brain physiology electronically and electrochemically until it has been neutralized through intuitively guided questions that balance out your mind's inherent neutral love equation. Resentments or grudges are based upon the perception that some other individual has displayed or demonstrated some trait, action, or inaction (some behavior) that you perceive to have significantly challenged your highest values and that you have unwisely assumed has 'caused' you more pain than pleasure, more loss than gain, more negatives than positives, or more disadvantages than advantages.

The longer this resentment or grudge remains, the more it will initiate ungoverned subconsciously induced behaviors such as seeking anything associated with its opposite, or avoiding anything associated with the initial resented behavior. It also initiates epigenetic changes in your gene expression, which results in physical symptomatology designed to awaken you to the original imbalanced perception that you now resent or have a grudge about. Anything you resent will occupy space and time in your mind and run your life until you dissolve or rebalance its underlying misperceptions and re-experience a more meaningful state where you feel appreciation and love.


Question: How do holding on to grudges not serve us, well?

Dr John Demartini: Holding onto resentments or grudges can initiate:
Tensions and compressions in muscle and cell physiology which can leads to piezoelectrical imbalances in your cells and tissues and cellular illness responses. Your physiology and psychology are homeostatic in nature and they attempt to right themselves in order to return your perceptions and symptoms back into a balanced and ordered state of love.


Question: How can we easily let go of any grudges?

Dr John Demartini: By asking the following questions we can dissolve resentments or grudges. 1. What specific trait, action or inaction (behavior) do you perceive this individual has displayed or demonstrated that you resent most?

2. Go to a moment, where and when you have perceived yourself displaying or demonstrating this same or similar trait, action or inaction (behavior). Are you there in your mind? Great. Where are you? When are you? Who are you displaying or demonstrating this trait, action or inaction (behavior) to specifically? And who is perceiving you doing so? Then go to the next moment you have done so and keep answering this question until you can own the behavior 100% to the same degree as you perceive in them quantitatively and qualitatively (often 20 examples are required). Whatever behavior you perceive in others and react to reflects an action you have demonstrated but have become too proud within to admit it.

3. Next, go to the moment where and when you perceive this individual displaying or demonstrating this specific trait, action or inaction (behavior) that you resent most. At that moment and from that moment until now, how specifically has their resented behavior served, benefited or been an advantage to you, Do not dodge the accountability to discovering the other side of the behavior with its unconscious upsides. It is not what happens to you that matters as much as how you perceive it and what you decide to do with it. Every behavior has two sides. Keep answering this question over and over again until you discover the equivalent upside to what you initially assumed to be only a negative or painful behavior. A rigid moral (black and white) assessment will keep your misperception of them running your life.

4. Go back to the moment where and when you demonstrated the specific behavior and identify how your behavior served or benefited those you have displayed or demonstrated the behavior to so as to clear any shame or guilt that may have lingering from the past, which is one of the reasons you reacted and resented the behavior demonstrated by this individual - since it reminded you of your own action that you have not balanced out and still carry around as shame or guilt around.

5. Go to a moment where and when you perceive this same individual displaying or demonstrating the exact opposite behavior to the one you resented initially. By discovering moments where and when they acted out the opposite behavior you realize that no one is one-sided and under different settings they can demonstrate the exact opposite behavior. This help break the label or subjective bias and distortion you may be holding onto that fuels the grudge or resentment. You are not a one sided individual. You can demonstrate both complementary opposites sides depending upon whether you perceive yourself to be supported or challenged.

6. Go to the moment where and when you perceived this individual displaying or demonstrating the resented behavior. Identify where you are, when you are, what exactly the content is and the context. At that exact synchronous moment now identify who was demonstrating the exact opposite behavior to you - to balance the love equation and to make you fully conscious of the whole equation in your mind – this makes you more fully conscious. When you resent someone you are conscious of the negatives and unconscious of the positives. When you discover the complementary opposite behavior synchronously you become fully conscious and intuitively awaken the unconscious. This liberates you from the grudge and so called resented memory.

7. Go to the moment where and when you perceive this individual displaying or demonstrating the behavior you resented most. At that same moment if they would have displayed or demonstrated the exact opposite behavior (the one you assumed they should have or hoped they would have demonstrated) at that same moment to you what would have been the drawbacks, or disservices to you. As long as you hold a fantasy or unrealistic expectation that others are supposed to act only one sided and in a way that you feel only supports your highest values you will be vulnerable to attracting and reacting to behaviors that initiate resentment. 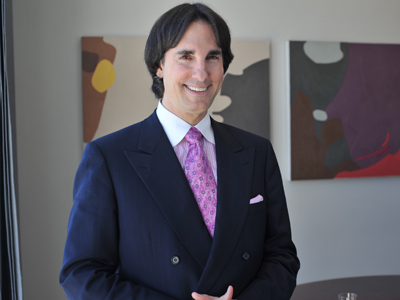 Question: Why do you believe jealousy is a gift rather than a curse?

Dr John Demartini: Jealousy lets you know where and when you are infatuated with some individual – one you are afraid of losing or afraid someone will take away from you. It lets you know that you are disowning in yourself whatever you imagine they have to offer and are therefore minimizing yourself in turn. When you exaggerate others you minimize yourself. This lets you know that you do not yet have a balanced relationship or loving equitable match. Nobody is worth putting on pedestals or in pits, but everyone is worth putting in hearts. When you exaggerate or minimize others your perceptions of them can run your life. So Jealousy offers you feedback that you are not owning what you see in them and disempowering yourself because of incomplete awareness.


Question: How is this different to comparison?

Dr John Demartini: When you initially compare yourself to others and admire them and then later look deeper, you will discover that whatever you perceive others as having as far as traits, action or inactions (behaviors) you too have each of them in your own unique way or form. Nothing is missing in you. You are both hero and villain, saint and sinner and have both virtue and vice. At the level of the essence of your soul nothing is missing in you. At the level of the existence of your senses there appears to be something missing in you. Whatever you are too proud or too humble to admit that you have that you see in others is your disowned parts, but actually nothing is missing in you. You just have all the behaviors in your unique form according to your true hierarchy of values. You do not have to get rid of or gain any part of yourself to love yourself. You are worthy of love no matter what you do, or don't do. You have thousands of behaviors that all serve you and others in synchronous ways. Your incomplete awareness of each of them and the injected traditional impulsive or instinctual moralities you may have injected from individuals or collective societies are simply keeping you from discovering and honoring each of them.


Question: What can we start doing today, to change our lives?

Dr John Demartini: Start prioritizing your daily actions. Fill your day with the highest priority, most meaningful and inspiring actions. If you don't fill your day with high priority actions that inspire you, your day will fill up with low priority distractions that won't. This prioritization will elevate your self-worth, expand your space and time horizons, initiate your brain's executive center to govern your immediate gratifying impulses and instincts, which will reduce your emotional reactions and lead you to ever wiser daily actions. It will awaken your natural leadership talents, help you make a greater difference in the world, make you more resilient and appreciative of whatever happens and see your life's events on the way more than in the way. You will become master of your destiny and not a victim of your history. You will be less vulnerable to infatuations and resentments, or fantasies and grudges.