Does China Own Our Water? A recent report has revealed China is the largest foreign stakeholder of Australia's water market. The Register of Foreign Ownership of Water Entitlements report reveals 10.4% of Australian water rights are owned by foreigners and of this group, Chinese investors own 1.9% of the share. Although water cannot be exported, it's understandable that Australians are upset by these statistics due to the extensive drought and fires experienced Australia-wide, currently.

The Australian Governments' Register of Foreign Ownership of Water Entitlements report was released in March and shows foreign individuals and companies own precious Australian water rights; the significant 10.4% includes Chinese, American and British investors alongside Canadaian, French and Singaporean companies.

Although water cannot be exported out of Australia, water as a resource can be used for trade which can be viewed as an unnecessarily use especially during drought and high fire risk seasons. The ATO report indicates that foreign owners self-report using 66.5% of their share for agriculture and 26.3% for mining. 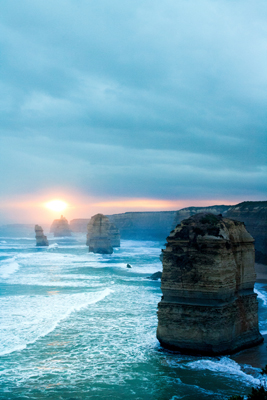 It's important to note that Australian's largest water resource, the Murray-Darling Basin is protected by the government and 65% of the catchment cannot be traded.

Tom Rooney, president of Waterfind has previously told the ABC that he was "alarmed by the amount of foreign investment in Australian water". Rooney's main concern is that Chinese investors are able to access more funds to purchase water rights as they borrowed funds from their own banks.

However, Professor Grafton, Chairholder UNESCO Chair in Water Economics and Transboundary Water Governance, has told the Daily Mail Australia that he was less worried about the way Chinese investors received their funds as "there are only so many water entitlements. So the only way price is pushed up is by an increase in demand".