Classically trained singer, songwriter, dancer and actor Dinley Jones has made his debut into his solo musical career with his single Radio. Whilst Radio marks his first official release in the industry, it is far from his first experience as a performer. Dinley Jones has been performing on stages since 2011, when his singing teacher got him to audition for the Capitol Theatre Production of Mary Poppins, and he was accepted.

Showing a maturity and work-ethic beyond his years, Dinley pushed himself to master a repertoire of talents including, juggling, card magic, ventriloquism, acrobatics and dancing. This drive and assortment of talents led him to being picked up by a dance school and working full-time as a dancer. From this experience, Dinley has seen himself perform under national spotlights including performances on X Factor as a boy group, the 2014 & 2015 NSW Eisteddfod Opera House finals and a list of performances and workshops throughout the U.S.A.

Stemming from a performance and musical background, Dinley wrote Radio with the intention of creating "something authentic and silly, to inspire the people to enjoy themselves, dance & sing!". Produced by Philippe-Marc Anquetil (One Direction, Little Mix, Jessie J) Radio is full of a playful arrangement of live instrumentation, upbeat tempos and a lighthearted lyricism, intended to invigorate energy. The breakdown of the track allows Dinley to flex his impressive vocal range whilst also setting comical mood to build into the final hook.

Radio acts not only as a breakout single for Dinley Jones, but as a trailer to his album that Philippe-Marc Anquetil produced and are so eager to release. With a full set of tracks locked and loaded for release, the next 12-months are set to be more than epic for Dinley Jones. Follow his socials below to keep up-to-date on all future releases. 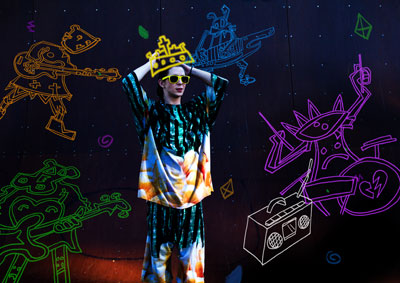 Dinley Jones: I would describe my music as 'a good time for everybody!' hehe. But I would also say, it's funky, big, cheeky, witty, silly, a little bit theatrical and something to dance your heart out to.

Dinley Jones: I had the opportunity to collaborate on this song with some really awesome writers. It was written a while ago. One day, When my producer Phil and I were browsing through some old content and we heard this one back, and It was still in its earlier stages musically, but I immediately saw the potential and we jumped on it immediately.

Dinley Jones: Well unfortunately I haven't had a chance to perform all of my songs live yet. And all of them are insanely fun to perform. But if I had to choose my favourite so far it would have to either "Radio", or "Aphrodite". They're just good, clean, fun crowd pleasers.

Dinley Jones: So many choices! Right now? Maybe Selena Gomez, or Will Smith. My jaw would probably legitimately hit the floor if either of those two people came to a performance.


Question: Can you tell us about your high school tour?

Dinley Jones: The tour has been awesome! The audiences have been incredible, enthusiastic and just so nice. It's all been so overwhelming how positively people have been responding and you honestly can't ask for much more.

Dinley Jones: Live performances for sure. Recording is loads of fun, and listening back to your finished product is always a rush, but there's no better feeling than being on stage, making a real connection with an audience and engaging with them face to face. It's magical.

Dinley Jones: Inspiration can come from anywhere really. It all depends on the vibe. I always get inspired though when I hear something that just makes me want to dance. And we used that feeling to create a vast majority of this album. Because who doesn't love to dance!

Dinley Jones: I'm always listening to Bruno Mars and Ed Sheeran. Ariana Grande and Nicki Minaj have been putting out some amazing stuff lately. And I've been listening to quite a bit of The Weekend recently as well. His tone and look are unique and his sound really grew on me the more I listened to him. 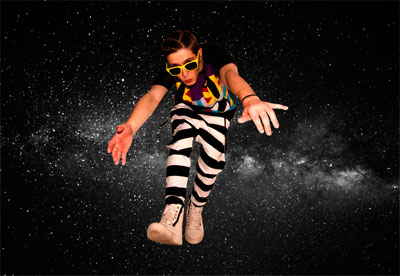 Dinley Jones: My brother inspired me to sing from a young age. And if it weren't for him I would have no musical ambitions at all. But it was my friend and producer Phil Anquetil who saw something special in me, took me under his wing and mentored me, and if it weren't for him and his inspiration I'm not entirely sure if I'd still be doing this today.

Dinley Jones: Bruno Mars. Hands down. To be able to pick his mind from a songwriters, an innovator and a creators perspective would be a dream come true. He's just an all round pop-machine.

Dinley Jones: Meeting new people, and just creating until I can't possible create anymore. I'm always driven to make something new and exciting. After the tour I think we might put out another single before we drop the album as a whole just to give people a small taste of what the whole package would be like. But who knows?! The world is our oyster. So anything could happen. There are so many possibilities and I'm just excited to get out there and really explore my options.