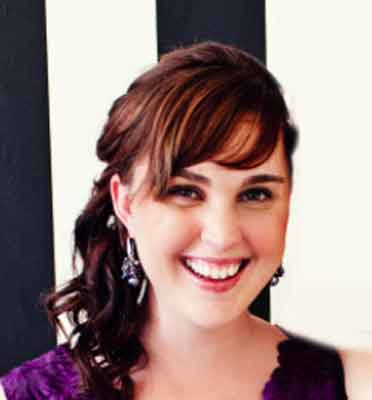 Two young car crash survivors will address more than 12,000 high school students from across NSW and the ACT at the revolutionary Australian Youth and Road Trauma Forum in a bid to drastically reduce the country's shocking road toll.

27 year old Naomi and 24 year old Jarrad are both survivors of horrific accidents and spent months in rehabilitation after narrowly escaping a brush with death. Both Naomi and Jarrad received traumatic brain injuries as a result of their accidents. They are passionate about sharing their life changing experiences in the hope of saving young lives.

'A brain injury is for life and will never fully repair,' says Jarrad from Kellyville in Sydney.
Jarrad suffered Post Traumatic Amnesia (PTA) for one hundred days following his crash. PTA refers to a state of confusion following a traumatic brain injury leaving him completely disorientated and unable to remember anything after the injury. In addition to the brain damage sustained, Jarrad suffers from double vision, increased bladder function, poor hand-eye coordination and his balance has also been affected. He was unable to continue to play all the sports he loved before his crash and had to give up his career as a plumber.

Naomi's accident three years ago was so severe she has absolutely no recollection of the incident; nor does the lady driving the vehicle that ran in to her Mazda 121 at 100 kilometres an hour.
The impact of the accident split Naomi's car in half down the side, snapping the two front seats backwards and throwing her from the front of her car to the back.
'Even though I had my seatbelt on, if there is no seat to hold you to with the seatbelt, it doesn't do anything,' says Naomi from Valley Heights in Sydney.

In 2008 1,464 people were killed in road crashes in Australia and of these 465 (31%) were aged between 17 and 25.
'The number of young people involved in serious road crashes is too high,' says Stephanie Wilson, Trauma Coordinator for Sydney West Area Health Service.
'The purpose of the Forum is to educate young drivers about all aspects of road safety as well as to show them what can happen to them,' continues Stephanie.

Teenagers will witness dramatic scenes of simulated road crashes at the Forum providing them with a realistic view of the consequences of road trauma.

'We use a realist re-enactment that could be confrontational to some, but this works,' says Stephanie. 'The results of a study undertaken on the Forum show that students retained key messages six months later about the serious consequences of crashes and about their responsibility to ensure their own and other people's safety on the road.'

In its fifth year the Forum holds a dual purpose of having a cost benefit outcome for the health system and other associated business areas. Road crashes are traumatic events that can result in permanent disability, ongoing medical conditions requiring extensive treatment and a shortened life expectancy.
Open to students in years 10-12, the Forum is organised by Sydney's Westmead Hospital Trauma Service and is co-funded by The Balnaves Foundation.

Established in 2006, the Australian Youth and Road Trauma Forum has been set up by trauma nurses at Sydney's Westmead Hospital. The Forum gives students who are most at risk, a realistic look at the trauma caused by road crashes and provides them information and strategies in an attempt to reduce serious injuries and deaths. The Forum's contents and structure aims to treat young people as adults allowing them freedom to choose from a range of interactive exhibits. The Forum runs over three days and includes a realistic reconstructed car crash involving victims, police, ambulance and fire personnel followed by true-life stories from young people who have sustained a traumatic brain injury due to road trauma. The Forum consists of an exciting combination of demonstrations, crash dynamics and rescue, vehicle stopping distances and active exhibits.

Included at the Forum will be displays relating to youth trauma and safety from: