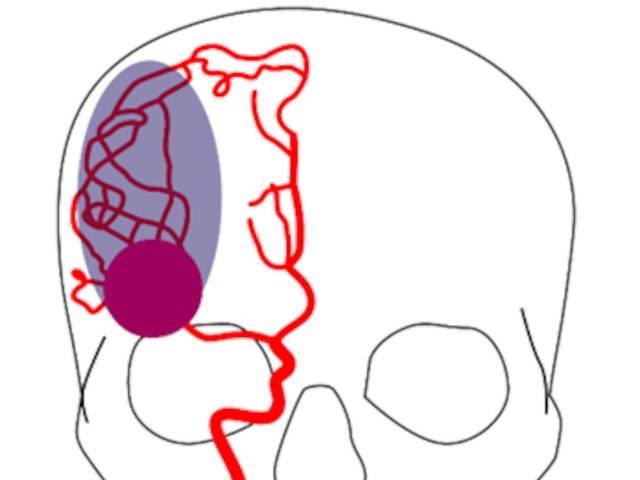 The drug afamelanotide will be used for the first time in patients with acute stroke. The study will evaluate the safety and efficacy of afamelanotide, developed by Australian company CLINUVEL, in arterial ischaemic stroke (AIS). The aim is to offer a treatment for patients suffering a stroke who are unable to receive treatment to dissolve or remove the underlying blood clot. AIS accounts for approximately 85% of the 15 million strokes suffered worldwide each year.

"Stroke is most commonly caused by a clot in a patient's brain which starves surrounding tissue of blood and essential oxygen, causing the destruction of brain cells," CLINUVEL's Chief Scientific Officer, Dr Dennis Wright said. "This brain damage can have an irreversible effect on a patient's ability to speak, move, and function, and tragically leads to an early death for more than 5.5 million people per annum. It is our aim to show that treatment with afamelanotide can safely reduce and prevent brain damage in the majority of stroke patients who can not be offered standard therapy."

Strokes cause death of brain tissue at the site of the clot and lead to a shortage of oxygen in a larger area of the brain, known as the penumbra, which is salvageable brain tissue if treated quickly. The longer the delay in a stroke patient receiving treatment, the greater the potential threat to their life and overall prognosis as tissue within the penumbra becomes irreversibly damaged.

Current stroke therapies rely on early intervention to restore blood flow to the brain by either chemically dissolving or physically removing the clot. In Europe, no treatment can be offered to over 85% AIS patients due to a critical delay between the start of the stroke and presentation of the patient to a hospital. Additionally, the location of the clot within the artery is also an important factor impacting the possibility to offer treatment.

Research has indicated that afamelanotide – which is approved in Europe and the USA for patients with a rare metabolic disorder called EPP1 – may rapidly exert its effects to protect brain tissue, act on blood vessels to optimise blood flow, and reduce the size of swelling in the brain following a stroke.  More than 10,000 doses of afamelanotide have been administered to over 1,400 individuals during its development and use across a period of nearly two decades.

The pilot Phase IIa clinical study (CUV801) will be conducted at a single expert neurological emergency centre, assessing the safety and effectiveness of an injectable controlled-release implant formulation of afamelanotide (SCENESSE®) in AIS patients. Six adult patients with clots located in the higher segments of the brain and who are ineligible for alternative treatments will be enrolled in the study and evaluated for six weeks.

"The objective of intervention with afamelanotide is to safely assist the restoration of blood flow and oxygen supply to the brain while minimising the traumatic damage and fluid accumulation. For our team, the ultimate aim is to reduce the overall damage stroke does to those patients," Dr Wright said.

"Having monitored the real world use of SCENESSE® in patients in Europe and the USA, we have now collected sufficient safety data to further our clinical programs in life threatening disorders. We look forward to the first study results in the first half of 2021, but also depending on the capacity of hospitals due to the COVID pandemic," Dr Wright said.