The GSMA released -Bridging the Gender Gap: Mobile Access and Usage in Low- and Middle-income Countries', a report that examines mobile phone ownership by women, as well as the barriers to mobile phone adoption and usage and identifies actionable opportunities for stakeholders across the mobile ecosystem to accelerate the uptake of mobile technology by women. The report builds on the findings from the -Women and Mobile: A Global Opportunity' report launched in 2010, which first highlighted the disparity in mobile phone ownership between men and women in low- and middle-income countries.

'The ubiquity and affordability of mobile presents us with the unprecedented opportunity to improve and enhance social and economic development; however, as our study shows, women in particular tend to be left behind as owners of mobile phones and as consumers of mobile services," said Anne Bouverot, Director General, GSMA. 'By addressing the gender gap in mobile phone ownership and use, we will deliver substantial benefits for women, the mobile industry and the broader economy."

This new large-scale study looks at how, in the five years since the benchmark study was launched, access to mobile phones has increased substantially and mobile phone penetration rates are accelerating rapidly in the developing world. However, the study also finds that despite the progress that has been made, women continue to be left behind and challenges remain in ensuring that women are included in an increasingly connected and internet-enabled world.

The research showed that over 1.7 billion females in low- and middle-income countries do not own mobile phones and women on average are 14 per cent less likely to own a mobile phone than men, creating a gender gap of 200 million fewer women than men owning mobile phones. In particular, women in South Asia are 38 per cent less likely to own a phone than men, highlighting that the gender gap in mobile phone ownership is wider in certain parts of the world. Interestingly, even when women own mobile phones, there is a significant disparity in mobile phone usage, with women using phones less frequently than men, especially for more sophisticated services such as mobile internet. In most countries surveyed, fewer women than men who own phones report using messaging and data services beyond voice.

The top five barriers to women owning and using mobile phones from a customer perspective are cost; network quality and coverage; security and harassment via mobile; operator or agent trust; and technical literacy and confidence issues. Social norms and disparities between men and women in terms of education and income influence women's access to and use of mobile technology, and often contribute to women experiencing barriers to mobile phone ownership and use more acutely than men.

The report finds that mobile phones are important tools for enhancing the lives of women in low- and middle-income countries. Of the thousands of women interviewed in this report across 11 countries, including both mobile phone owners and non-owners:

The report found that achieving parity in ownership and use between men and women in low- and middle-income countries could bring socio-economic benefits, such as the availability of new education and employment opportunities, to an additional 200 million women; unlock an estimated US $170 billion market opportunity for the mobile industry by 2020; and deliver a positive economic contribution to society.

Bouverot added, 'Taken together, our research indicates that the gender gap in mobile ownership and use is driven by a complex set of socio-economic and cultural barriers that negatively affect women. Without targeted intervention from the mobile industry, policy makers, and other stakeholders, the gender gap in ownership and use is unlikely to close naturally on its own." 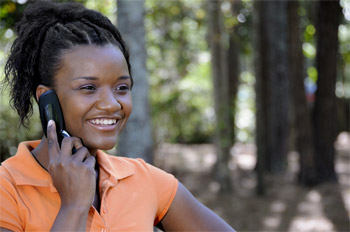 Question: What inspired the research into this report?

Claire Sibthorpe: In 2010, the seminal study, Women and Mobile: a Global Opportunity by the GSMA, the Cherie Blair Foundation for Women, and Vital Wave Consulting, found that women in low- and middle-income countries were 21% less likely than men to own a mobile phone, resulting in an estimated $13 billion immediate missed market opportunity for mobile operators and on-going annual revenue losses of $29 billion. The high cost of mobile ownership, cultural barriers, low technical literacy among women, and a low perception of the value of mobile were found to be the key barriers hindering women's access to this life-enhancing technology. This study was viewed over 18,000 times on the GSMA website alone and drew worldwide attention to the digital divide between men and women in low- and middle-income countries.

This report is designed to refresh and advance the findings from the 2010 Women and Mobile: A Global Opportunity study, and contribute more broadly to the substantial existing body of knowledge on gender and ICT. In particular, this study highlights the -usage gap' between men and women in many countries, and emphasises the importance of focusing on both usage and access to fully close the digital divide between women and men in the next 5 years. Most studies to date have focused primarily on access, and this paper aims to advance the conversation. This report also highlights the importance of ubiquitous gender-disaggregated statistics on ICT in informing decisions at the individual company, industry, and national and international policy levels.

Today, over 3 billion people in low- and middle-income countries do not own mobile phones, and most of them"1.7 billion"are estimated to be female. Women own and use mobile phones at lower rates than men due to barriers such as cost, network quality and coverage, security and harassment, agent and operator trust, and technical literacy and confidence. However, women in our survey cited substantial benefits to mobile phone ownership, regardless of whether they currently owned a phone or not.


Question: What surprised you about the report?


Question: Why are females more likely to remain unconnected in low and middle-income countries?

Claire Sibthorpe: According to the World Economic Forum, no country in the world has yet achieved gender parity – meaning women still lag men globally in education and employment opportunities. Similarly, the gender gap in mobile ownership and use are driven by a complex set of socio-economic and cultural barriers negatively affecting women. Women experience barriers to mobile phone ownership oftentimes more acutely than men due to these underlying factors that mean women can be more prices sensitive or have less control over mobile phone handset and credit purchases than men. In some countries in our study, like China, the gender gap in mobile phone ownership is virtually closed, but in other countries, like India, women are 36% less likely to own a mobile phone than men. However, it is not all bad news as mobile phones are powerful tools to improve the lives of women. Of the thousands of women interviewed in this report across 11 countries, including both mobile phone owners and non-owners:


Question: More importantly, what can be done to get these women connected?

Claire Sibthorpe: There is no silver bullet or one intervention that can close the gender gap in mobile phone ownership and usage. Without targeted intervention from the mobile industry, policy-makers, and other stakeholders, the gender gap in ownership and use is unlikely to close naturally on its own. There are both short term and long term solutions that can overcome the barriers to mobile phone adoption and use by women and girls. The first , and most important, action we can take now is increasing affordability. Finding ways to lower the cost of handsets and credit immediately will disproportionately benefit women and girls. Policy-makers and industry both have roles to play, with industry providing lower-cost, durable handsets and innovative pricing plans and policy-makers ensuring effective regulation that keeps overall mobile prices low for consumers. Second, ensuring women and girls feel safe and secure using mobile phones is important and simple solutions like free-call block services and emergency alert services can help to protect women from harassment and help women feel more comfortable owning and using mobile phones. 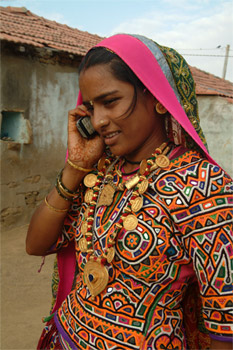 Question: How can the top five barriers be overcome?

Claire Sibthorpe: The gender gap in mobile ownership and usage is driven by a complex set of socio-economic and cultural barriers negatively affecting women. Without targeted intervention from the mobile industry, policy-makers and other stakeholders, the gender gap in ownership and usage is unlikely to close naturally on its own. It is important to recognise that although there is no -silver bullet' to overcoming barriers, there are a number of actions that stakeholders in the mobile ecosystem could take today, which together could substantially increase women's mobile access and usage. In some markets, increasing women's mobile phone ownership and usage could be the difference between stable and growing revenues and shrinking or stagnant revenue growth. Key recommendations include:


Question: What positives will occur if we can work together to get these women connected?

Claire Sibthorpe: Mobile phones make women feel safer, more connected, save time and money, and can give them increased access to education and employment opportunities. This is good for women, families and economies overall. As the world is increasingly interconnected, mobile phones are a valuable tool to empower women around the world. Note: See answer above for stats


Question: Which countries does this report related to, specifically?


Question: How does this relate to Australia?

Claire Sibthorpe: As the world becomes increasingly interconnected, we need to make sure we don't leave women and girls behind. The Australian Department of Foreign Affairs and Trade partners with us on closing the gender gap in mobile phone access and use, is a critical force in empowering women and girls around the world.