Juliette Binoche is Isabelle, a Parisian artist and middle-aged divorcée moving from relationship to relationship: from her ex-husband for whom she still has affection; the banker who bosses her around; and the handsome actor who has an inability to make a decision. Hungry for love but afraid of never having a meaningful relationship with a man again, Isabelle grapples with the keys to fulfillment. Joined by an illustrious cast, including Josiane Balasko, Gerard Depardieu, Valeria Bruni Tedeschi and Nicolas Duvauchelle, Binoche is radiant as a woman yearning to find happiness at a time when it feels like a rare commodity. 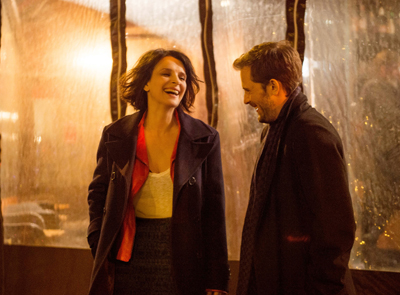 In Conversation with Claire Denis

I was in one of those lull periods between two projects: my previous film, which was particularly tough, and the next one, a foreign co-production, which is naturally more difficult to put together. So, I was in a suspended state of expectation. Then, exactly at the right moment, Olivier Delbosc presented me with a proposal: he had a project he wished to produce and he wanted me to be part of it. He called it "an omnibus film," as it would be an adaptation of Roland barthes' book A Lover's Discourse: Fragments, with several different directors. When he contacted me, I was wrapping up a one-year workshop at the Fresnoy National Studio with student artists.

The summer before, in Avignon, I had attended the reading of a Christine Angot text by the actors Norah Krief and Alex Descas. Afterwards, I had told Christine "I have the funny impression that I could film this dialogue right now, exactly as it was spoken, without any preparation or scenery, just a camera and a sound man. It's solid in my mind." And she'd answered: "but that won't work!" And I told her, "Yes it will, you'll see."

So I decided to make this part of the workshop at Fresnoy, and the project was quickly put together. I kept the two actors from Avignon; Agnès godard was the director of photography and all of the workshop's participants helped out. In three days of shooting, plus one week of editing, we made – only using what we had on hand in Fresnoy – a 45 minute film that's called Here Is the Concatenation, the story of a couple's break-up. This experience was very liberating for me, something akin to the having the chains that come with working in cinema, all the difficulties in pulling a film together, just break apart.

Christine has that effect on me: she revives my belief that working is worth the while. I believe in work, of course, but sometimes it is difficult to consider your own projects like real work - particularly in cinema, where there is such a dependence on others that sitting alone in your kitchen in the early hours of the morning figuring out how to tackle your work isn't bearable for very long.

From that standpoint, I think that writers are more efficient than filmmakers. The Fresnoy experience did me a world of good because it rekindled my desire for work. In short, Christine and this little film with the Fresnoy workshop put me back on track, and redefined my connection with work. 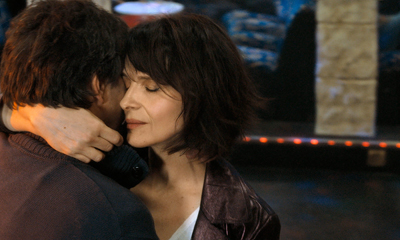 Christine and I wanted to extend this happy adventure. So I spoke to Olivier Delbosc about Christine, and I spoke to Christine about Olivier's project. But we no longer wanted to adapt barthes' book, we now wanted to write our own screenplay: Our lovers' fragments. In the end, this allowed us to make the theme completely our own. For the rest, we entirely set barthes aside and we dismissed the idea of making an adaptation. There isn't a single fragment of barthes' texts in our dialogue. There was, however, this one word engraved in our minds: "Agony," but we used it to shed some light on our own lives, and we simply kept the free structure, which turned into a film made of fragments. besides, Christine and I worked in fragments, or "moments," and that was what suited us best.

I told Christine Angot that in barthes' Fragments, there was a word I loved: "Agony" and we made it our keyword, the point from which we started working. Agony in my mind evokes a very chic and slightly smug way of saying that one is overwhelmed by romantic woes: the unquenchable expectation, the thwarted ideal. You can begin to "own" this word the moment you've become more pragmatic about your love affairs, when you allow yourself be ironic about your past history. And the word "Agony" immediately put Christine and me under a sort of spell, transporting us into a sort of imaginary world. In a way, our own "amorous throes" fed the writing process.

So we readily drew from our own experience. The woman, from the moment she appears in the screenplay, is at first a version of us, Christine Angot and myself: Fragments of our lives, chunks of our stories. Then we realised it had to be Juliette. Juliette Binoche stood out to us as the ideal vessel for the role of Isabelle. The screenplay called for a creamy, voluptuous and desirable feminine body: A woman whose face and body are beautiful, and whose demeanor in no way conveys defeat. Someone for whom in love battles, victory is still possible, without however, ever assuming that the outcome is certain. Christine and I didn't know each other very well. We became close, clinging to each other's lives. We met each other in the middle of life's journey and bonded profoundly during the course of the story. We tried to face together, and with sincerity, our failures in love, our darkest clouds – and we laughed about them. And since it made us laugh, it could make others laugh as well. When writing in duo with someone, there is a natural and healthy distance that sets in that adds irony and levity.

This bond we formed, like two accomplices, can be seen in the fishmonger's scene where we make Philippe Katherine, a client in the shop, use the silly French word "poiscaille," which is a bit like saying "fishes" in English. Christine and I were perfectly in tune: a grown man using this term is simply unpalatable! And Christine is the kind of writer who instantly grasps that the word "fishes" would make a great scene. It's this type of playful thinking that brought us together in the working process. This playful meeting of the minds resulted in this fortuitous film, which became for me an unexpected experience – in every way possible, including the sheer joy I felt during the whole process.

I had a very precise mental image of Isabelle's character. I envisioned a very feminine brown-haired lady, with thigh-high boots, because it's an expression of her desire. We see her thighs between her mini-skirt and the top of her boots. For her hair: in a bob, like Mystic's belligerent-looking women, those monochrome stencil drawings that you'd see in the streets in the 1980s. I also had in mind Crepax characters: dark-haired women with short hair and a strong sexual aura. A woman without taboos, neither nympho nor hooker. Isabelle also knows that she if she wants to find true love, she's going to end up in tears from time to time. I'm fed up with film characters who are invariably heroic; one can't always be that way and Isabelle no longer endeavors to be that way. 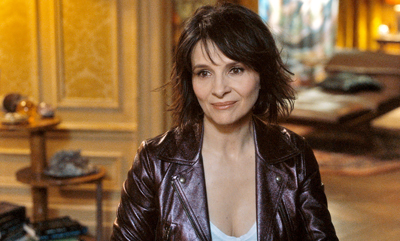 Isabelle is a woman who sees the widening disparity between what she is looking for in men, and what she can find. This gap is only growing wider over the course of her different encounters, her "fragments." but she's not a feminine version of Don Juan: a depressive seductress, prey to an addiction that is slowing killing her. She's more of a Casanova and a hedonist, but because she's a woman, it had better remain hidden. Choosing the men she associates with and meets was crucial. Above all, I didn't want Juliette to go through a string of actors as though she speared them successively. I placed in her path a number of filmmakers such as Xavier Beauvois and Bruno Podalydès, and people with whom I have a common history, like Alex Descas and Laurent Ggrévill. This weaves in fragments of my own history, and a certain way of viewing men. Since I was a teenager, the strongest male role models for me, the most appealing, where often filmmakers.

Gérard Depardieu only pops up at the end of the film, like a grand finale to a journey through, and to, love. We shot the tête-à- tête scene with Juliette in one day and that ended up being the most intense shoot I have ever experienced: 16 minutes of film in a single day. That had never happened to me before. We had two takes with Juliette and three with Gérard. That's all. I didn't understand the feat they'd accomplished at the time, but Gérard pointed it out to me afterwards. This scene became a single block that absolutely could not be cut. Though I never intended to take on any such challenge, going in this direction was the right idea, because I am convinced that if we had spent eight days on the scene, we would have lost something, we would actually have lost a lot: Gérard's magnificence would have been shredded into meaningless fragments. You almost can't describe the effect Gérard has on a set. And I think that it is something he's had forever. In the role of this clairvoyant, I found Depardieu spellbinding. When a man possesses this kind of beauty, this physical and sexual power, you tell yourself this energy must have been there since childhood. When he is in a room, something in the air, in the particles is unquestionably altered. His tone of voice, his delivery, creates a form of music. It doesn't matter whether he is on a film set, in a room, in a car or on stage: I went to hear him sing Barbara and it was fantastic. It's beautiful when he sings, indeed very, very beautiful, but it isn't just that: more than anything, it's magic.

From a certain perspective you could say I owe the film's French title to Depardieu [Beautiful inner (sun)light]. For a long time, Christine Angot and I didn't have one. Between us we had a working title: Dark Glasses. I liked it but I felt it wasn't the ideal match for the film. It was only when shooting the aforementioned scene with Depardieu that the title became clear to us, when he plunges his gentle gleaming eyes in Juliette's and says: "Open…stay open to things…find your own unique life path and you'll find a beautiful inner light…" He pronounces this line in a practically supernatural manner. He is the only actor who can get away with saying something so grand in that way; and it took Gérard Depardieu saying this line of dialogue in this exact way for me to "hear" the title. We then dropped "Dark glasses," and their protective shade, to make way for the beautiful inner light, the soul's radiant blaze.