You want the perfect night out in Sydney? Try Cirque du Soleil's new show, Dralion, which opened only 2 weeks ago.

Dralion is the fusion of ancient Chinese circus traditions and the avant-garde approach of Cirque du Soleil. The name Dralion is drawn from its two main symbols-the dragon, representing the East, and the lion, representing the West. The show has been seen by over 8 million people worldwide and it's finally here in Australia.

If you want to be sure not to miss this unforgettable spectacle, buy your tickets on www.cirquedusoleil.com

Dralion is the fusion of ancient Chinese circus tradition and the avant-garde approach of Cirque du Soleil. The show's name is drawn from its two main symbols: the dragon, representing the East, and the lion, representing the West. Dralion derives much of its inspiration from Eastern philosophy with its perpetual quest for harmony between humankind and nature. Dralion is the 12th production of Cirque du Soleil. It is a celebration of the 4 elements that maintain the natural order: air, water, fire and earth.

Suspended in time between the past and the future, Dralion is a celebration of life and the four elements that maintain the natural order: air, water, fire and earth. Innovation soars to new heights as it defies the laws of nature. Dralion is a dynamic performance that transcends the boundaries of the imagination and leads us into a dreamscape with a new and sparkling perspective.

Cirque du Soleil began when a group of street performers in Quebec (Canada) decided to create a new venue for their passion. Under the guidance of Guy Laliberté, Cirque du Soleil has used its passion for creativity and innovation to redefine the entertainment landscape, and thrill audiences all around the world. Envision a self-sufficient village that moves from country to country, city to city. Transporting 160 people of 21 nationalities, 74 trailers, hauling 900 tons of equipment across Australia...this is Dralion on tour. 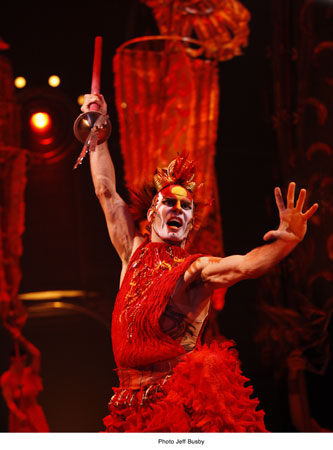 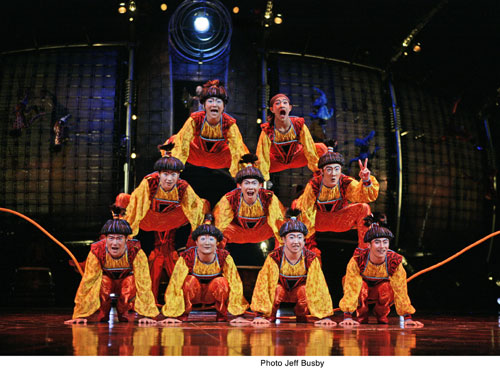