Cynthia Ellen Nixon (born April 9, 1966) is an American actress, activist, and gubernatorial candidate in the State of New York.

Nixon made her Broadway debut in the 1980 revival of The Philadelphia Story. Other Broadway credits include The Real Thing (1983), Hurlyburly (1983), Indiscretions (1995), The Women (2001), and Wit (2012). She won the 2006 Tony Award for Best Actress in a Play for Rabbit Hole, the 2008 Primetime Emmy Award for Outstanding Guest Actress in a Drama Series for Law & Order: Special Victims Unit, the 2009 Grammy Award for Best Spoken Word Album for An Inconvenient Truth, and the 2017 Tony Award for Best Featured Actress in a Play for The Little Foxes. Her other television roles include playing political figures Eleanor Roosevelt in Warm Springs (2005), Michele Davis in Too Big to Fail (2011), and playing Nancy Reagan in the 2016 television film Killing Reagan.

On March 19, 2018, she announced her campaign for Governor of New York as a challenger to Democratic incumbent Andrew Cuomo. Her campaign platform is described as focusing on income inequality, renewable energy, establishing universal health care, stopping mass incarceration in the United States, and protecting undocumented children from deportation. She has also been nominated as the gubernatorial candidate for the Working Families Party.

Nixon is also a prominent advocate for LGBT rights in the United States, particularly the right of same-sex marriage. She met her future wife at a 2002 gay rights rally, and announced her engagement at a rally for New York marriage equality in 2009. In 2013, Nixon was honored with the Artist for Equality award by Yale University, and in 2018 Nixon was honored with the Visibility Award by the Human Rights Campaign. Sex and The City 2 DVD

Life is everything the ladies ever wished it to be, but it wouldn't be Sex and The City if life didn't hold a...

The fun, the fashion, the friendship: Sex and the City 2 brings it all back and more as Carrie, Samantha,...

Sex and the City

The wait is over. The complete, lavishly illustrated reading companion to Sex and the City: The Movie has hit... 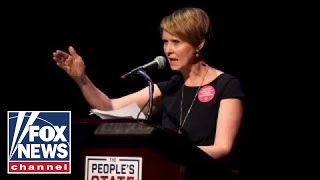 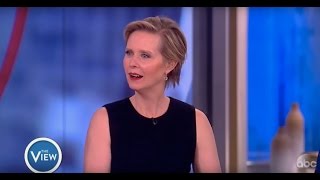 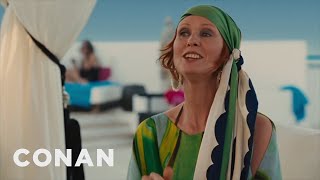