Betty Marion White Ludden (born January 17, 1922), known professionally as Betty White, is an American actress and comedian, with the longest television career of a female entertainer. Regarded as a pioneer of television, she was one of the first women to have control both in front of and behind the camera; and is recognized as the first woman to produce a sitcom (Life with Elizabeth), which contributed to her receiving the honorary title Mayor of Hollywood in 1955.

She is known for her Emmy Award-winning roles as Sue Ann Nivens on The Mary Tyler Moore Show (1973–77) and Rose Nylund on The Golden Girls (1985–92). The Writers Guild of America has included both sitcoms in its list of the 101 Best Written TV Series of All Time. A staple guest of many American game shows such as Password, Match Game, and The $25,000 Pyramid, White has been dubbed the 'First Lady of Game Shows' and became the first woman to receive an Emmy Award for Outstanding Game Show Host in 1983 for the show Just Men!.

From 2010 to 2015, she starred as Elka Ostrovsky in the TV Land sitcom Hot in Cleveland, for which she won two consecutive Screen Actors Guild Awards and was nominated for an Emmy Award. She is also known for her recurring roles in Mama's Family and Boston Legal.

In a career that has spanned more than 75 years, she has received eight Emmy Awards in various categories, three American Comedy Awards, three Screen Actors Guild Awards, and a Grammy Award. She also has a star on the Hollywood Walk of Fame, is a Television Hall of Fame inductee (class of 1995), and a Disney Legend (class of 2009).

To call Betty White a legend is an understatement. At a youthful 86, Ms White has starred in some of the most...

If You Ask Me (And Of Course You Won't)

It-girl Betty White delivers a hilarious, slyly profound take on love, life, celebrity, and everything in between.

If they thought their teenage years were behind them, they were wrong! In an outrageous high school reunion of a... 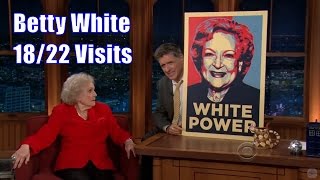 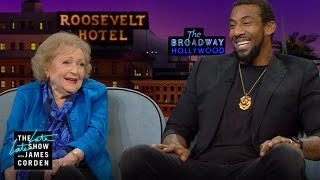 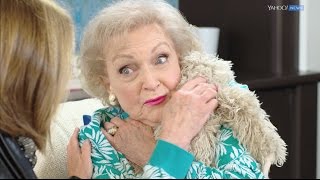