Billy Elliot's triple threat River Mardesic reaches new heights in Melbourne, soaring across the stage and into our hearts.

Billy Elliot the Musical is set in Northern England during the 1984/5 miners' strike, and follows Billy's journey from boxing classes to ballet classes where he discovers a passion for dance.  Encouraged by his dance teacher, Mrs Wilkinson, (Lisa Sontag) who unleashes a raw talent seldom seen, Billy embraces his passion and inspiring his community and changing his life forever.

With exceptional choreography, showcasing River Mardesic's (Billy) incredible talent as a triple threat in Song, Dance and Acting, I'm in awe of this talented young performer.  Some of my favourite scenes include Oscar Mulcahy as Michael who likes to 'Dress' up and Ella Tebbutt as Debbie forever fighting for her mum, Mrs Wilkinson's attention. Both Oscar & Ella delivering clever comedic breaks from the more serious undertone of a community fighting to stay alive.

While the script language may seem a little shocking at first, especially from the older and younger members of the cast, it's true to character and delivers the punch needed to bring the show to the next level.

This multi-layered musical has strong cast leaders, Broadway choreography and staging timed to perfection.  I hope you all enjoy Billy Elliot The Musical as much as I did! 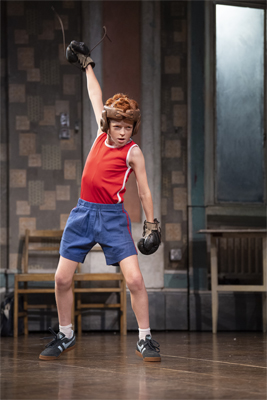 Featuring music by the legendary Elton John, book and lyrics by Lee Hall, choreography by Peter Darling and direction by Stephen Daldry, Billy Elliot the Musical has been seen by over 12 million people worldwide.

Acclaimed by audiences and critics alike, it is the recipient of 85 awards internationally, including 10 Tony Awards, 5 Olivier Awards and 8 Helpmann Awards.

Sharing the celebrated lead role are Omar Abiad (12, from Brisbane), River Mardesic (11, from Melbourne), Wade Neilsen (13, from Newcastle) and Jamie Rogers (13, from Canberra). The boys were cast following extensive auditions, and after months of intensive rehearsals will alternate in the role of Billy in the Australian tour of Billy Elliot the Musical. All four boys are making their professional debut playing this most extraordinary and inspiring role.

Starring alongside these talented boys as the tough but supportive ballet teacher Mrs Wilkinson is Lisa Sontag.

She made her professional debut in the original cast of The Boy From Oz before graduating from WAAPA and going on to productions including Guys and Dolls, The Boy From Oz and as Zelda Zanders in Singin' in the Rain.

Amongst other film and TV work Lisa is an accomplished dance teacher and choreographer also running her own Music and Movement Programs for Preschools.

Justin Smith joins the cast in the role of Dad, Billy's stoic father. Justin is an acclaimed theatre and screen actor with musical credits including Jesus Christ Superstar and Rent. Most poignantly he also starred as Tony, Billy's older brother in the original Australian production of Billy Elliot the Musical so it will be very special to see Justin take the generational leap and take on the role of the Dad in this heart-warming story.

Playing Billy's eccentric Grandma is actress Vivien Davies. Her extensive career has seen her perform in musicals including Les Misérables, Menopause the Musical, Buddy and Dusty as well in many and varied productions with the Melbourne Theatre Company.

Billy's hot-headed brother Tony is Drew Livingston. Drew's stage work has seen him work extensively since graduating from WAAPA in 2010 including productions for the Sydney Theatre Company and in the acclaimed Australian production of the National Theatre's War Horse.

Award winning actor Robert Grubb stars as George, a miner and the town's boxing coach. Robert is one of Australia's most versatile actors having worked extensively on stage and screen starring in many and varied television and film roles including Flying Doctors, Mad Max, and Gallipoli. Robert's musical theatre credits including MAMMA MIA! the Musical, Sunset Boulevard, We Will Rock You, which earnt him a Helpmann Award and most recently Priscilla Queen of the Desert. 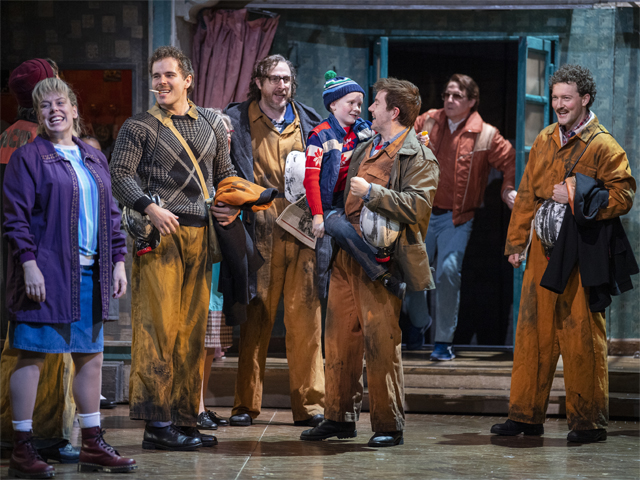 Gerard Butler - Phantom of the Opera

Butler seems the perfect phantom in the screen version of Phantom of the Opera. Also to be seen in Dear Frankie...

Featuring music by the legendary Elton John Billy Elliot the Musical has been seen by over 12 million people...

Rock of Ages tells the story of small town girl Sherrie and city boy Drew, who meet on the Sunset Strip while... Billy Elliot the Musical is a funny, gritty, heart-warming and feel - good celebration following the journey of...