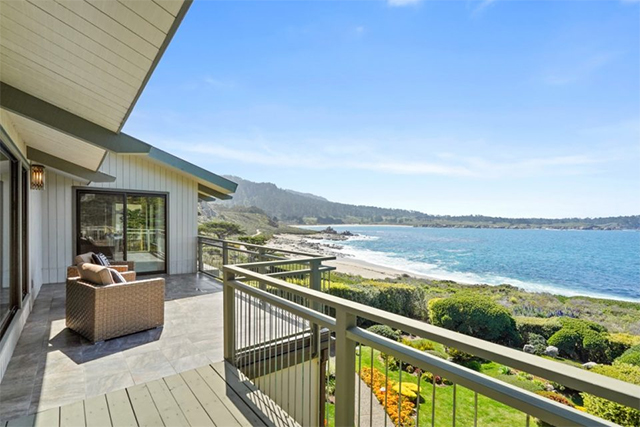 "Adam & Behati Sell Former Ben & Jen House Fast"
Adam Levine and Behati Prinsloo made quick work selling their 1930's-era LA home for $51 million, less than two months after listing it for $57.5 million. Adam and Behati bought the 9,000-square-foot home from Ben Affleck and Jennifer Garner in 2018 for $32 million – so a profit of $19 million. Levine is one of Hollywood's most prolific celebrity home flippers with eight homes since 2012.

"His Longtime LA Home Just Sold For $6.45 Million"
The answer is "How much did Alex Trebeck's home sell for?" Alex, who died in 2020, and wife, Jean Trebek, bought their longtime family home in LA's Studio City neighborhood in 1991 for $2.15 million. The asking price was $6.995 million.

"Richard Gere Pounds Out Sale In Pound Ridge"
Richard Gere has sold his home in Pound Ridge, New York. Located about an hour from Manhattan with over 11,600 square feet and eight bedrooms on 48 acres, Richard had the home built in 2000. Richard and wife, Alejandra Silva, have already moved into a seven-bedroom home in nearby North Salem. Richard was asking $28 million for the Pound Ridge home. Richard previously owned a Hamptons property, Strongheart Manor, that he sold to Matt Lauer for $33 million.

"Kaley Cuoco Buys From Taylor Lautner"
Continuing a longtime trend of celebrities buying homes from other celebrities, Kaley Cuoco has purchased her newest home from Twilight actor Taylor Lautner. Kaley paid $5.25 million for the five-bedroom home in LA's Agoura Hills neighborhood. She recently sold her LA farm-style home for $16 million, following her divorce from Karl Cook. She has been on a home-buying binge the last few years, including Kaley's Tarzana home she bought from Lamar Odom and Khloe Kardashian in 2014 and sold in 2020 for $3.95 million.

"Reese Witherspoon Gets Well On LA Home Sale"
Reese Witherspoon just sold her Los Angeles English, country-style home for $21.5 million, lower than her ask of $25 million but well above the $15.895 million she paid in 2020. Located in LA's Brentwood neighborhood on almost three acres, the home has seven bedrooms with a total of over 10,000 square feet and attractive accents such as checkerboard flooring and white cabinets.

"Sean Combs Sells Girlfriend's LA Mansion"
Sean Combs has sold the LA home where his longtime girlfriend, Kim Porter, lived with their three children. Sean paid $5.25 million for the six-bedroom home in 2009 and sold it for $6.51 million.  Sean's home collection has been extensive with properties in California, New York, New Jersey and Florida.

"Elle Macpherson Lists Florida Home/Art Gallery"
Perhaps taking advantage of the hot South Florida real estate market, Elle Macpherson has listed her Coral Gables home for $29 million. Built in 2017 on 1.7 acres, the six-bedroom home has a saltwater pool and access to a community boat dock and tennis courts. In 2018, Elle paid $8.1 million for the home and then spent millions remaking the home to display her art collection.

"Alicia & Swizz New Jersey Home Sells"
Alicia Keys and Swizz Beatz have sold their Englewood, New Jersey home for $6 million after seven years on the market - a loss of about $6 million. Once the home of Eddie Murphy, the 25,000-square-foot home on almost four acres has been on and off the market since Alicia and Swizz bought it in 2013. Despite the loss on their Jersey home, the musical couple still own the Razor House in La Jolla, California that is widely considered near the top of America's best contemporary homes.