Paris, 1810. Haunted by the French Revolution, Marie Tussaud has locked herself away in her shop with the death masks she was forced to make to avoid the guillotine. Philidor, a famous magician, offers her the chance to accompany him to London to assist in creating a wax automaton that will bring them both money and success.

Following a disastrous performance on their opening night in which the wax on their prized spectacle melts, the eccentric Duke, William Cavendish, invites them to his rambling estate, Welbeck, where he suggests they take up residence, use his underground ballroom for a new show and in return create a private commission for him: a wax automaton in the likeness of Elanor, a beautiful girl who mysteriously disappeared from the estate when he was a child.

In this delicious novel of twists and turns, Welbeck, with its locked doors and rooms, is full of secrets and no-one is who they seem. There is the seductive aura of Shelley, Dickens and Du Maurier in Tussaud. Marie must fight for survival in a world dominated by male advantage and power in a mesmerising story filled with wisdom about human behaviour and motivations.

About the author:
Belinda Lyons-Lee was born in Geelong, and still lives in the region with her husband and son. She has degrees in youth work, education, writing and literature. Belinda has been teaching English and creative writing in high schools for nearly twenty years and the nineteenth century has been an obsession of hers for even longer. Belinda has had various articles published that explore writing, vocation, mental health and creativity. Tussaud is her debut novel.

Question: What originally inspired the idea of Tussaud?

Belinda Lyons-Lee: 'Tussaud' began with an idea for a middle grade fiction story about a young boy in 19th century London who was the apprentice to a wax sculptor but I didn't actually know when wax sculptures were first made. I began researching online and up came Madame Tussauds wax museum. I began to read about how the wax figures were first made by Marie Tussaud and that led me into her life story. Once I started reading about this woman I knew I had to write about her.


Question: Where does your interest to the French Revolution come from?

Belinda Lyons-Lee: I watched The Scarlet Pimpernel with Anthony Andrews and Jane Seymour on repeat as a young girl. I guess I absorbed something about the French Revolution then but while the Revolution and the context of the time obviously irrevocably shapes Marie, and it is right that the novel starts at that point in history and that point in her life, the Revolution itself is not the focus-the personal impact it has on Marie is. After the Prologue, which shows Marie watching the executions, the novel quickly moves on to 1810 in London. 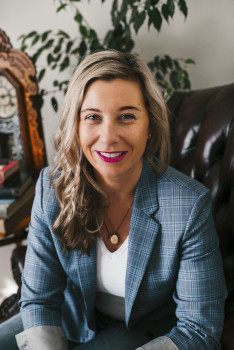 Belinda Lyons-Lee: Marie was sentenced to be executed as she was accused of being a royalist in the French Revolution because she had wax figures of royalty in her windows, she then had her own head shaved in readiness to meet the guillotine. Fortunately, she was given a reprieve at the last moment on the condition that she make wax death masks of notable people executed for the revolutionaries to use as trophies. Marie Tussaud not only survived this but used these experiences to build a thriving business, even after her partnership with a somewhat dubious real-life stage magician all went horribly wrong. This partnership intrigued me and so I followed the trail further and read about how this magician, Philidor had worked with Marie for some time in England putting on shows. When I read that Marie had a premises in Baker Street, I then came across a controversy that had happened in the same building called the Baker Street Bazaar. A woman, Mrs Druce, claimed that the tenant who operated the Bazaar was actually the 5th Duke of Portland, William Cavendish who was living a dual identity for his own advantage. This all came together for me in my mind and the story of 'Tussaud' was born.


Question: Was it difficult reliving certain aspects/times of your life, whilst writing Tussaud?

Belinda Lyons-Lee: I would suggest that most authors pull on their own experiences to some degree, to 'put flesh' on their characters so that they are not simply metaphorical cardboard cut outs. In writing about Marie, and each of the people in 'Tussaud' I did the same. At times this can be difficult, and even painful but as a writer, I think a personal willingness to explore and go to some of these inner places, enriches the work.

Belinda Lyons-Lee: That in terms of defining and shaping who we are, perhaps what happens within us is more important than what happens to us.


Question: What research did you do, prior to writing Tussaud?

Belinda Lyons-Lee: I've been fascinated with the 19th century for a very long time and so have built up my own library of primary and secondary sources from this period. In specifically writing 'Tussaud', I watched documentaries, read newspapers of the time, read 'Madame Tussaud's Memoirs and Reminiscences of France', read historians accounts of her life, the Revolution, studied the magicians of the 19th century, used Google maps to stalk buildings, streets and shops, read accounts of servants and visitors from Welbeck Abbey, studied language use from the period, researched the technicalities of the wax figures and automaton construction process….the list goes on!

Belinda Lyons-Lee: Primarily my mum. She used to buy me books all the time, take me to the Library, the second hand bookshop, the theatre, musicals, all the time exposing me to multiple ways and multiple genres of storytelling.

Belinda Lyons-Lee: Editing my next novel, set in 19th century London and involving a crime.