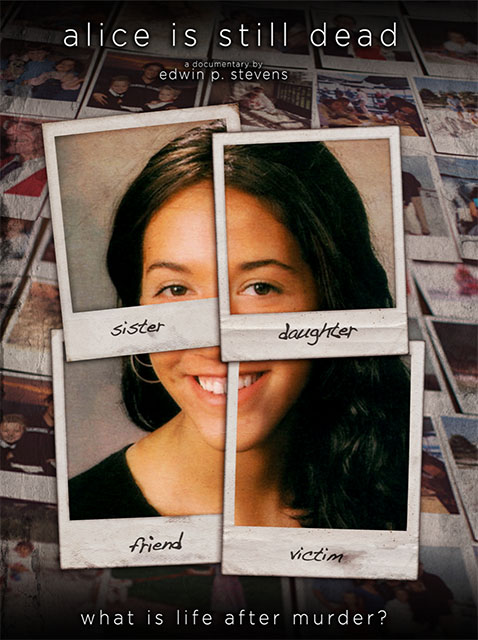 True crime documentary Alice is Still Dead, fixing on the grieving family of Alice Stevens, a young woman murdered in Thunderbolt, Georgia, in 2013, has been acquired by Global Digital Releasing.

In an intimate and unflinching account dealing with grief, 'Alice is Still Dead' tells the story of a murdered loved one from the victim's family's perspective. From the detective's notification to her family, to facing the killer in court, we see the pain, anger, and heartbreak a family must endure while the nightmare is investigated. The filmmaker is the brother of the late Alice Stevens and, in this tribute, he ultimately asks if it's even possible to move forward after such a traumatic event.

Explains director Edwin P. Stevens, "My mentor, Doug Pray, once told me that the two most important things in documentary filmmaking are choosing a riveting topic and gaining access to the subjects best suited to tell the story. I was both lucky and extremely unlucky enough to have this film fall into my lap. In 2013, only a week prior to my wedding, my little sister, Alice, was murdered. I have been at a loss for years about what I could possibly do to put the grief, anxieties, anger, and feelings of utter loss and regret into a story that might do her memory justice. These desires culminated in this film.

There are many courtroom dramas. Somehow, we were able to create a film that encapsulates all three genres in an amalgamation which has never quite been told before."

The murders of Stevens and partner Forrest Ison were covered in an episode of 'On the Case with Paula Zahn' on Investigation Discovery in 2020.

Alice is Still Dead will be available on Digital and VOD globally beginning November 5 from Global Digital Releasing.