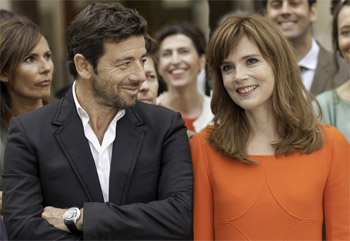 Following the overwhelming success of its 2015 season, the Alliance Française French Film Festival will return to Palace Cinemas from early March, 2016, with an exceptional array of contemporary French cinema to be fêted across seven cities.

Presented by the Alliance Française in association with the Embassy of France in Australia, uniFrance Films and the gracious support of globally renowned Principal Sponsor, Peugeot, this cherished cultural event, which is proudly celebrating its 27th season, will delight, stimulate and indulge those seeking the ultimate in French cinema.

In addition to the fabulous contemporary films to be unveiled, the 27th Festival will also present five of France's most popular television shows, screening the first two episodes of each as one session per title. This selection will include the epic political series, Baron Noir, the WW2 drama, Un Village Français, the espionage thriller, The Bureau and the hit comedy, Call My Agent!

National dates and venues for the 2016 Alliance Française French Film Festival are: