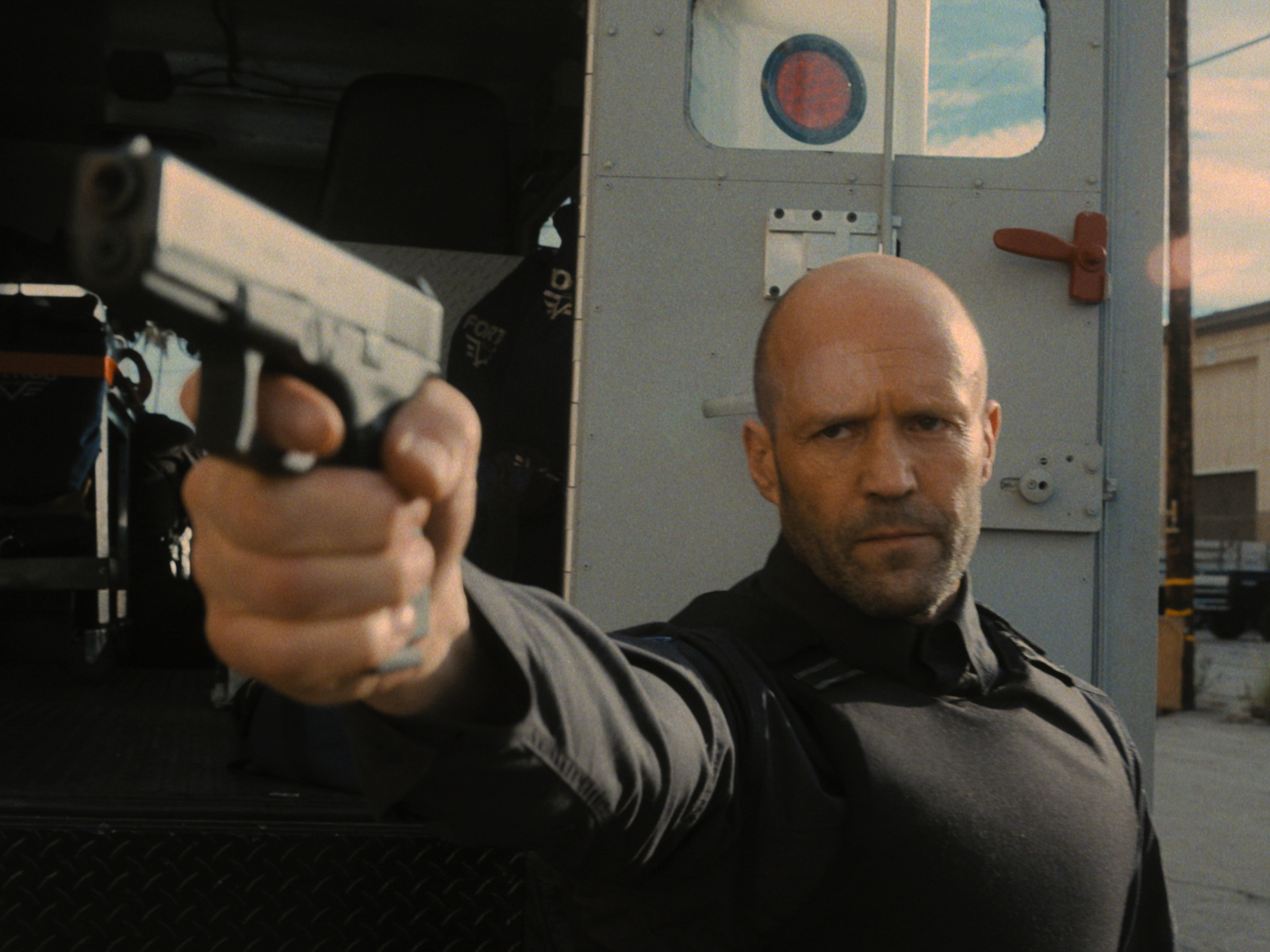 A mysterious new cash truck security guard (Jason Statham) surprises his co-workers during a heist in which he unexpectedly unleashes precision skills. The crew is left wondering who he is and where he came from.

Soon, the marksman's ultimate motive becomes clear as he takes dramatic and irrevocable steps to settle a score.

Together, their early films redefined the action movie genre. Now, for the first time in more than 15 years, superstar Jason Statham and visionary director Guy Ritchie team up for the explosive revenge thriller WRATH OF MAN.

After a deadly ambush on one of its armored cars, Los Angeles-based Fortico Securities hires a mysterious new employee, Patrick Hill (Statham), who becomes known simply as "H. " As he learns the ropes from partner Bullet (Holt McCallany), H initially appears to be a quiet, keep-your-head down type simply there to do a job and earn a living. But when he and Bullet become the targets of an attempted robbery, H's formidable skills are revealed. Not only is he an expert marksman who's equally adept at hand-to-hand combat, but H is also fearless, ruthless and lethal.

In truth, H is an undercover crime boss desperately searching for a way to avenge the murder of his beloved son. His quest takes an expected turn when a cadre of ex-military men, led by the clever, calculating Jackson (Jeffrey Donovan), plots a once-in-a-lifetime heist that will bring them a windfall of millions. What they fail to realize is that the high-stakes job will also set them on a violent collision course with the wrathful H.

With their gleefully fast-paced, anarchic 1990s hits Lock, Stock and Two Smoking Barrels and Snatch, groundbreaking filmmaker Guy Ritchie and imminently watchable star Jason Statham took cinema by storm. Those acclaimed films established Ritchie as a relentlessly inventive director with a singular approach and announced Statham as a charismatic leading man who could easily command the screen while cracking skulls and cracking wise. Although the duo continued to work together over the years, after 2005's Revolver, their busy big-screen careers diverged"until now.

WRATH OF MAN reunites filmmaker and star once again, though there's no question this script is thematically darker and far less blackly comic than any of their previous collaborations. Based on the 2004 French thriller Le convoyeur, the story opens with Statham's taciturn H applying for a job with Fortico Securities in the wake of an armored car heist that left several casualties. What his bosses fail to realize is that H isn't simply looking for a paying gig"he's a ruthless crime boss on a mission to find those responsible for the murder of his only child, determined to exact retribution for their actions. As the time-shifting narrative unfolds, secrets are revealed, leading to a shocking all-out confrontation that pits H against a squad of enemies.

From the start, Ritchie realized there was only one actor perfect to play H, and it was Statham."I've always been very keen on Jason Statham as an actor"in fact, I was the first person to use Jason Statham as an actor in Lock, Stock and Two Smoking Barrels. I always thought that he should be a movie star, and I'm very happy to see he has become one. He's been on his journey, I've been on mine. But it felt like we should reunite, and I thought this would be the perfect story for Jason and me to be reunited on. It's not funny, this film. It's serious. It's very aggressive. We deal with the themes of vengeance, family, the sins of the father being visited onto the son."

As it happens, the star needed little in the way of convincing. "It was as simple as calling him up and giving him a two-minute pitch on what that film was," Ritchie says. "Neither of us overthought it. We liked the premise. We were both available at that moment in time. Many films are really about the convenience of finding two people that want to make the same movie at the same time. I feel as though this film really does what it says on the tin"which is Jason Statham in an intelligent genre movie about revenge."

The actor says he sparked to the drama of the story, the mystery surrounding his character and the way the narrative slowly reveals H's true motivations. "It gets very dramatic because of the stakes at hand," says Statham. "H is forced to play people a certain way to figure out who they really are, but in the end, someone is going to pay a price.

"Given the intense nature of the subject matter, Ritchie and Statham agreed that the violence meted out on screen should be gritty and visceral. The approach was something of a departure for the filmmaker but one that ultimately served the story.

"Guy wanted to keep this very real and not have me do cool and slick movements," explains Statham. "His way of achieving that is with an on-the-day type of organic approach, where you get into the space and figure out what the character is going to do in the specific situation he is in as the tension builds... I believe it helps create the sense of realism we are after. It's very hard for a director to provide that nowadays, unless you are so confident that you know exactly what you want to capture through the lenses of the camera; but Guy does." 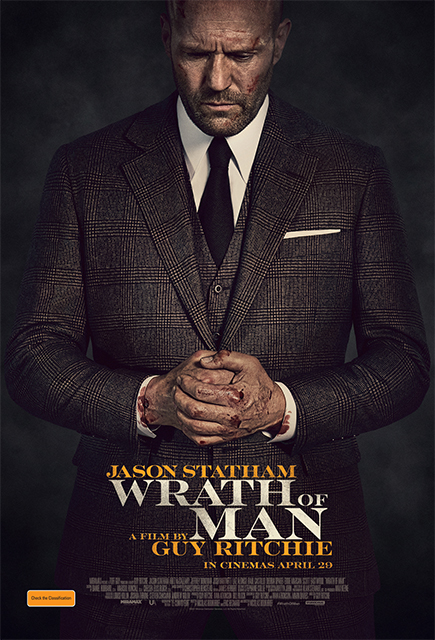