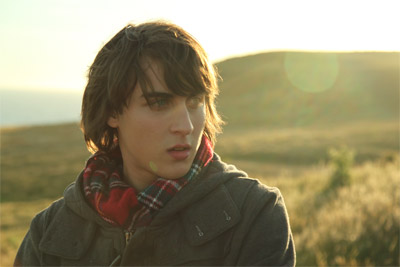 The Beginning Of The End Starts 26.11.2012
Cal's journey to solve a deadly family secret finally comes to an end with Conspiracy Endgame. Catch the entire series over 6 nights with double episodes every night from 6pm, starting November 26th and leading to the explosive Conspiracy 365: December finale on December 1st at 7pm.

Monday 26th November
6pm January
At his father's funeral, 15-year-old Cal Ormond is warned about the Ormond Singularity, a deadly family mystery that kills those who seek it. Can Cal survive the next 365 days and solve the mystery?

7pm February
Cal is living on the streets, wanted for a crime he didn't commit. As he continues to work on the clues to the Ormond Singularity, a mysterious girl, Winter, saves him from certain death. But can Cal trust her?

Tuesday 27th November
6pm March
Cal enlists the help of (safe-cracking) recluse, Repro, to break into Oriana's house and steal the Ormond Riddle. But his moment of triumph is short-lived when he realises a key piece of theRiddle is missing.

7pm April
Cal battles to outrun Jake and Kelvin as they pursue him over rough terrain. His mission to get to Uncle Bart's is sidelined after he discovers Gabbi's life support is about to be switched off.

Wednesday 28th November
6pm May
Cal wakes up imprisoned in a psychiatric hospital. Boges and Winter put their differences aside in a bid to bust Cal out and get him to his great-uncle Bart's. Does Bart hold the key to the Singularity?

7pm June
The stakes are raised when small-town cops hunt down Cal after his narrow escape in Uncle Bart's plane. Cracks start to appear in Cal and Boges's friendship as Cal pushes on with a plan to steal the Ormond Jewel.

Thursday 29th November
6pm July
The double key code still stumps Cal. He travels to a secluded convent to ask his aunt Millicent what she knows about the mystery. Can Cal get a woman who hasn't spoken in 14 years to reveal her secrets?

7pm August
Cal, in police custody, is confronted by an unforgiving Detective McGrath. Gabbi wakes from her coma and Oriana uses her as leverage to get Cal. But even the best laid plans can go wrong.

Friday 30th November
6pm September
Boges, struggling with Gabbi's near death at the river, pulls out of the game. Gabbi notices Emily acting strangely. Cal pushes to steal back what Oriana took from him. Is his lucky streak about to end?

7pm October
Cal wakes in the forest very much alive. Why did Kelvin spare his life? And what are the numbers written on Cal's arm? Cal, Boges and Winter hatch a plan to get rid of one of their foes for good.

Saturday 1st December
6pm November
A dying man confesses that he kidnapped Cal and his twin Ryan 15 years ago and Cal fi nally gets Ryan to accept the diffi cult truth. Winter confronts Sligo and discovers the truth about her parents' death.

7pm December
With only days left before the Singularity runs out, Cal, Boges, Winter and Nelson fl y to Ireland. Can they crack the code and fi nd the treasure? Will Cal complete his father's legacy before the clock strikes 12?

Boges (Bogdan Michalko) is Cal's best friend. He's tall and good-looking, but unlike Cal, is shy and self-effacing. He lacks Cal's easy confidence. At school, Boges isn't popular and is even a bit of a joke, something that isn't helped by being a 'brain'.

But Boges is much stronger and braver than he realises, and for Cal, Boges's help is invaluable to his survival.

Taylor Glockner is Boges
Even though Taylor is a relative newcomer, he is being touted as one of Australia's most promising young actors. After graduating from Brisbane's Film and Television Studio International, Taylor scored the role of Boges in the Family Movie Channel television series Conspiracy 365. Thanks to his performances in short films Invade and Loco, Taylor has been dubbed one of Australia's hottest new talents, particularly in the eyes of teenage girls.

Question: What should we expect from the final episode of Conspiracy 365?

Taylor Glockner: Everything has been working towards the December episode of Conspiracy 365 as it is the final piece of the puzzle where a lot of questions are going to be answered. In December there will be thrills, action and lots of adventure. All of the good guys and the bad guys are going to find themselves in the same area and it will be very interesting to see who survives and who is still friends at the end because the story flips which is very, very interesting. There are quite a few twists, in the last episode.


Question: Tell us about your character, Boges?

Taylor Glockner: My character, Boges is a shy genius who is very loyal to Cal and he becomes a side-kick to him. Boges helps Cal out with all the misadventures that he finds himself in. Boges was a very interesting character for me to play because I always thought I'd be playing a character on the other end of the spectrum and not the introverted kid. I think finding vulnerability is just as cool as finding ways to make the character cool.


Question: Are you similar to the character of Boges, in anyway?

Taylor Glockner: I wasn't the most popular kids at high school so I thought back to channel that experience which was a great starting point for me to create Boges.

I have some parallels to Boges' life as I get shy and nervous but on the other hand I have grown up in a great, loving family which is nothing like Boges. Boges didn't know his Dad and his relationship with his mum was not too great so I had to manufacture that as my family is nothing like that.

For Boges there are a couple of words you can use to describe him and I believe he really plays within these four elements: his intelligent, his loyal, his naïve (he hasn't seen very much of the world) and his shy.


Question: What attracted you to the Conspiracy 365 project?

I chatted with Linda Klejus, the producer for Conspiracy 365 and explained that I was willing to work really hard on the project and character because I wanted to do it. I was casted and I am very grateful for the experience because it is such a great show and Boges is such an interesting character.


Question: What did you enjoy most about being on the set of Conspiracy 365?

Taylor Glockner: I really enjoyed the action sequences on Conspiracy 365 as well as the drama and thriller side to the show. I had a lot of lines to learn as well as learning the names and about technology whilst making it look like I knew what I was talking about when I actually have no idea about technology, at all.


Question: Can you talk about the filming process of Conspiracy 365?

Taylor Glockner: The writers read all of the books and then picked what they thought would work for the show which went parallel to the way the books were released. Conspiracy 365 is released as one episode per month along with the great multi-platform website which allows audiences to check it out, online. Weekly web-shows get released on that website to tie audiences over till the next instalment is released. I've never heard or seen anything quite like Conspiracy 365 - it's ground-breaking!

The industry and technology is always changing so Conspiracy 365 is raising the bar.

Taylor Glockner: My advice is to work really, really hard when you find the opportunities to work and I suggest you look for representation if you can whilst attending as many auditions as possible. Practice, practice and practice. It's all about experience and the more experience you have the more confident you build which will aid in booking jobs.


Question: Who inspired you to head into the acting industry?

Taylor Glockner: I always wanted to act and I look up to so many different actors. In my next role I am playing a leading man but I do enjoy playing supporting roles as I see myself as that kind of actor however I might not be. I look up to actors like Sam Rockwell, Guy Pearce, Colin Farrell and Robert Downey Jr.

I'm inspired by making good stories and I'm very happy to be involved in the acting industry.

Taylor Glockner: Neighbours is my next job and I start filming at the beginning of November. One of my inspirations, Guy Pearce worked on Neighbours and that was one of my big reasons for auditioning and working hard on the project.

I can't say too much but my character but he is everything that Boges is not; my character on Neighbours is the complete flip side to Boges; it is a huge opportunity to show my versatility with this character.

I will begin to feature on the screens for Neighbours in late February, 2013 for two years.