Brickman Cities powered by LEGO® CITY is the latest creation from Ryan 'The Brickman' McNaught, who returns to Sydney during the summer school holidays to reveal his most detailed and advanced exhibition to date.

The brand-new Brickman Cities powered by LEGO® CITY will be housed in a purpose-built structure at The Entertainment Quarter in Moore Park. The interactive exhibition will open on Monday 4 January 2019 and run until Sunday 10 February 2019. Tickets are available from 12.00pm AEDT today, Monday 17 December via www.ticketek.com.au

Brickman Cities focuses on some of the world's greatest cities – Dubai, London, New York, Sydney and Tokyo – with Brickman's trademark cut-away detailed models representing three different stages of each city's history, from 1000AD up to the present day and shows how each has evolved and grown. Every person that comes along then builds a new version of that city and what they think it will look like in the future! 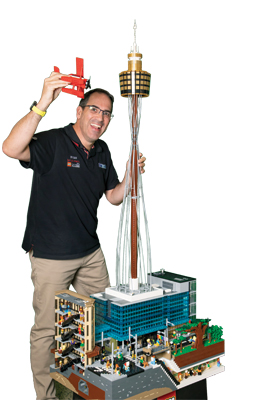 The centrepiece of Brickman Cities is a 3m x 4m 1:600 scale model of Lower Manhattan, New York, built entirely from white LEGO® bricks to enable 3D stories of the city to be projected directly onto them using UHD 4K projectors. The 3D story of Lower Manhattan takes visitors from the days of the First People's villages amongst the swamps of the River Delta right up until the present day.

And if that wasn't enough LEGO® fun, the Brickman Cities exhibition will feature for the first-time ever, a brand-new collaboration with LEGO® CITY – an entire wall devoted to showcasing the history of LEGO® CITY, with CITY Fire Stations from decades ago. This interactive master builder zone offers kids the opportunity to get hands-on with over half a million LEGO® bricks, become the heroes of LEGO® CITY and spark their creativity and build the LEGO® CITY of tomorrow.

"To integrate 3D projection technology with bricks like we have is something I never thought was even possible, let alone for it to tell such a cool story. We've taken education by stealth to a whole new level, imagine LEGO® bricks telling a story, that's what we have been able to achieve. People around the world have seen amazing projections on buildings, imagine being able to project and tell stories on a whole city!!! What we've been able to do is mind bending", says Ryan McNaught.

Brickman Cities, is Brickman's fourth LEGO® brick Exhibition and has been exclusively curated and built by Ryan McNaught and his expert team. McNaught is the only LEGO® Certified Professional in the Southern Hemisphere and one of only 14 in the world. Brickman is a team of skilled LEGO® brick artists and craftspeople led by McNaught, aka "The Brickman". 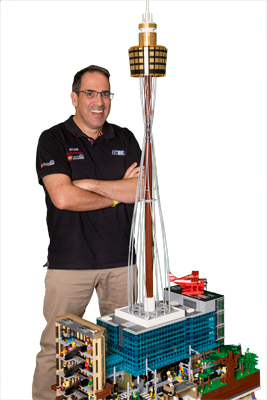 Interview with Ryan 'The Brickman' McNaught

Question: How would you describe Brickman Cities?

Ryan McNaught: We have a thing we have incorporated into our exhibitions over the years called "Education by 'Stealth" whereby kids don't know they are learning, this is our way of teaching them about urbanisation and how we live today.


Question: Which cities will we see on display during Brickman Cities?


Question: How long did it take to build the cities featured in Brickman Cities?

Ryan McNaught: All up it was over 1,500 hours, plus the hundreds of hours to organise it all.


Question: Does an Australian city feature in Brickman Cities?

Ryan McNaught: Sydney does! It has such an amazing story, not to mention it's very iconic! We have even included the Manly ferry. 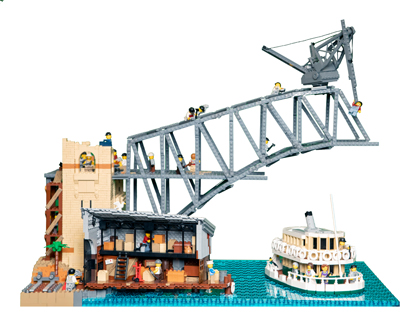 Question: Which of the cities on display was your favourite to plan and build?

Ryan McNaught: Manhattan, it's the most insane city, apart from the fact it is made out of only white LEGO bricks (as we project all sorts of cool stuff onto it) to get it an accurate 1:600 scale replica was a huge challenge, there is over 600 individual buildings in the 3x3m space we've chosen, I even used live Google Maps to plan it all out.


Question: Which city took the longest time to build and why?

Ryan McNaught: Manhattan, not only is it the biggest in the exhibition but it is the most complex. There is a lot of maths involved and a lot of planning to get it to be accurate.


Question: What's a typical day like for you, currently?

Ryan McNaught: Every day is different and it depends what we are working on, it's not just me building LEGO models it is a team of seven of us, so we are all working on different things, most days I like to at least do some LEGO, but some days I get drawn into planning and project management, other times I can lock myself away and build for a while.