It doesn't seem to matter how ridiculous a fashion is, it always comes back in style in some shape or form further down the line. Consider the swinging sixties and free-love seventies that have both made a resounding revival over the years in fashion design, home interiors and music. People just love to relive the past and harp back to what they might call 'simpler times". Let's be honest, there is a something addictive and nostalgic about trawling through old photos and marvelling and laughing at old hairstyles and fashions.

Why Old School is Fashionable

Although the human obsession with the past isn't a new phenomenon, over the past few years, -retro' and -old school' themes are definitely making a comeback everywhere, from the upcycling of antique furniture to event concepts. It seems people just can't get enough of it. This' Old School Sensation' is taking the nation by storm, with plenty of old items and concepts making comebacks, although naturally they tend to have more contemporary functions and features to fit in with modern demands.

For example, take the modern day photo booth. Its history dates as far back as 1888 where the first concept of the -photo booth' was patented by William Pope and Edward Poole in Baltimore, although it's thought this model was never actually made. It was in 1889 when French inventor T.E Enjalbert put the first known machine in operation.

These concepts were a lot different to the modern day photo booth as we know it, from both a mechanical and functioning capacity, as they weren't reliable enough to be self-sufficient. It wasn't until the 1920's when Anatol Josepho created the first commercial photo booth, which appeared on Broadway in New York in 1925. It was from this design that the phenomenon of photo booths really took off and became a national and eventually global sensation.

For a long time photo booths were traditionally used as a convenient and quick way to get your passport photos taken. However, artists such as Andy Warhol saw the potential for artistic use of the photo booth too, which gave it another dimension too.

Nowadays with digital photography, it may appear that the photo booth no longer has such an integral use, however this is definitely not the case. The photo booth is making its own comeback and is branching out beyond the realms of practical photography and becoming a must-have event accessory, which has given the old school photo booth a new lease of life and revived its street cred.

Hosting an event is all about engaging and entertaining the guests so finding a good -pull' to do this is key. Nowadays companies and party goers are looking for new ways to add interaction to their events, from top entertainers to cost-effective gimmicks. This is where the photo booth comes in. What better way to create a real talking point at a party or event than a fun and interactive feature like a photo booth. These free-standing machines are the perfect solution, with low-running costs and their compact frame, means they can capture fun photos and give a modern and fun edge to any event, without infringing on space either. 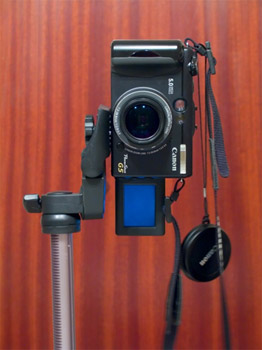 The photo booth has evolved to become not only a photographic machine, but also a means of brand marketing too. Consider a photo booth as a blank canvas that can adorn any branding, logo or message you want and effectively become an advertising billboard. From complete outside wrapping with brand logos, straplines and colours to a personal memento for guests with a branded set of photos from an event. The branding opportunities with a photo booth are endless.

As a marketing tool, the versatility the photo booth offers is ideal for any corporate event or party, or even music venues and nightclubs. It gives the host complete freedom to brand as they see fit and can be completely adaptable to individual needs including themed props, specific branding and settings, so you can be sure that those using it have a wonderful experience and memories to take home with them too.

Second to this, is what the photo booth brings as an independent business opportunity. With photo booths for sale, vendors can now get their hands on their own photo booth and tender it out for long term leasing or short term event hire.

As a selling point, whether your patrons are hosting a swanky corporate evening event, where glitz and glamour is key, the photo booth can accommodate their needs. It's an ideal feature at smaller private functions too, such as birthday parties or weddings. Giving guests the chance to get creative and make some comic and unforgettable pictures from a magical event.

In theory it should be an easy sell as well, as the noticeable increase in demand for photo booths across corporate functions and parties means there is definite scope to build a successful business profile and a healthy client base to meet these demands. Whether you're an entrepreneur, looking for a second business or want to try something new then investing in photo booths for sale could make for a highly profitable investment in the long run.

The desire to capture moments on camera is always going to be popular, especially with cameras on phones and advances in technology. It doesn't matter whether pictures are taken on a smart phone or in a photo booth, the important thing is that the moment is captured and can be shared with others.

This renewed enthusiasm and purpose of the modern day photo booths for sale has definitely quashed any thoughts of it being antiquated. Far from it, the old school sensation is definitely on trend, and improvements in functionality and technology for photo booths has definitely bought them into the twenty-first century. They're firmly cemented as a practical and fun piece of equipment that is ideal for any style of event, which is what makes them a great business enterprise all round too.