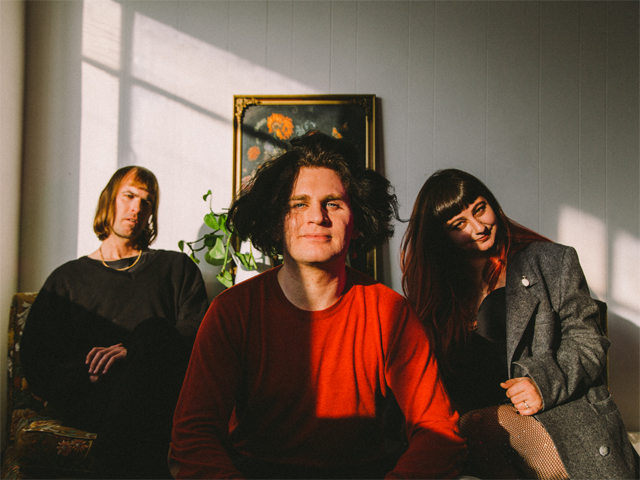 The video for 'Swear Jar' was premiered via The Music Network this morning.

Conran says of the video: "Swear Jar is about the dumb stuff we fight about in the heat of the moment, and having the patience to find out what the other person really means without judging them on the language they used initially, on the premise that hindsight is the mother of foresight.

For the clip we talked shop with the superb Mike Ridley and Nick McKK, and despite having a short timeline, we figured we'd act out a conflict in supernatural circumstances, initiated by playing a cursed board game; It's jumanji, but cloaked with the naive optimism of 'Bill and Ted'. That way the lesson isn't fear, it's that life is cool and totally heinous, and friendship is the best or whatever. I'm just glad we could tie in my surplus of teeth into the concept really."

A commitment to their craft has culminated in Conran consistently delivering fresh compositions, drip fed weekly via his Patreon page, nearing its 160th volume. The last record, Pallbearer was self-produced and warmly received, now Obscura Hail can be found experimenting with more diverse live instrumentation to reflect the ever thickening arrangements in preparation for their newest release; Zero.

Carrying a stark beauty, minimalist in nature but impressive in impact, the EP reflects the hands of Sun Kil Moon, the heart of Sufjan Stevens and the method of Elliot Smith. Dealing with themes of memory loss and death through anecdotal nostalgia. The live show is intricate and intriguing, think stunning vocal harmonies, beautiful projections, atmospheric loops and subtle use of live and electronic percussion all performed by a three-piece. Recently performing alongside Kele Okereke (Bloc Party), Aldous Harding, Julia Jacklin and Cam Avery (Tame Impala, Pond), and appearing at By The Meadow Festival and Changes Festival, Obscura Hail will tour in celebration of the 'Swear Jar' single release this September.