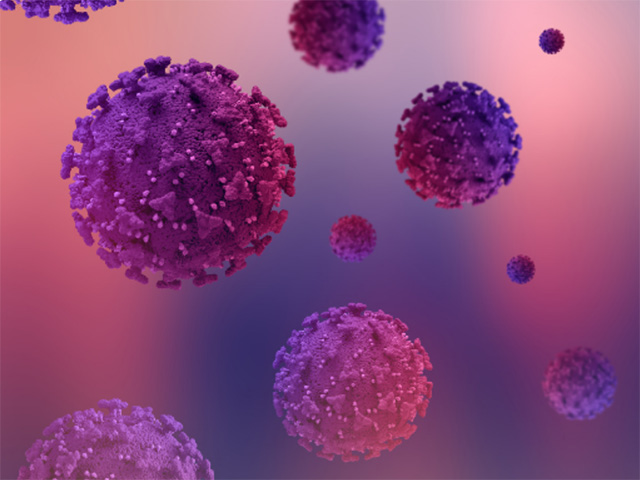 The Federal Budget has allocated a record $18m from the Medical Research Future Fund (MRFF) to support MS research.

"This is a welcome commitment with a focus on clinical trials and developing therapeutics for the Epstein Barr Virus," said MS Australia Chair, Associate Professor Des Graham.

"This grant allocation comes on top of a $4m grant opportunity announced in December for a clinical trial that tests nerve repair and protection therapeutics for MS, making a total allocation of $22m in the past four months.

"We have been advocating for increased funding for MS research because we are at a critical pivot point.

"The past 15 years has seen the development of medications that can delay progression of disease for the most common form of MS.

"However, we are yet to successfully repair and regenerate the damage to nerve cells in the progressive forms of MS. But we are getting closer and closer.

"We are optimistic that, if we can secure sufficient funding to supercharge MS research in Australia, we could see the decisive breakthroughs needed to put MS where it belongs - behind us.

"The Budget announcement is a good start and will be warmly welcomed by the 25,600 Australians living with MS, their carers, friends, and family, as well as the entire MS research community. It will also be welcomed by the nearly 3m people who live with MS across the globe.

"We look forward to working closely with the next Australian Health Minister to ensure that the MS Australia research program and the MRFF works arms in arm to fund the best MS research and the most promising and needed research platforms to get the results that will help put an end to MS, once and for all," Associate Professor Graham said.

Why is the Epstein Barr Virus Important?

The Budget provides $18m for MS medical research grants to "provide access to clinical trials and accelerate availability of effective therapeutics for the treatment of the Epstein Barr Virus infection and improve understanding of how immune responses to viruses vary across individuals to inform disease prediction and treatment pathways to ultimately reduce the prevalence and severity of multiple sclerosis and post-viral diseases".

Research released by Harvard University earlier this year found that in a large cohort of 10m people in the US military, the overall risk of MS increased 32-fold after infection with EBV. The researchers found no increase in the risk of MS after infection with other viruses, and the magnitude of this increase in risk in such a large cohort suggests that EBV is an important factor in the development of MS.

It is likely that the disease mechanisms underlying MS begin several years before the onset of symptoms. This study also identified that a marker of nerve damage in the blood, appeared before symptoms began in people that went on to have MS. However, the research team found that this marker only increased after EBV infection, consistent with a causal role for EBV in nerve damage in MS.

MS Australia and MS Queensland fund research focussing on adoptive T-cell immunotherapy which targets EBV that is now in clinical trials for progressive forms of MS.