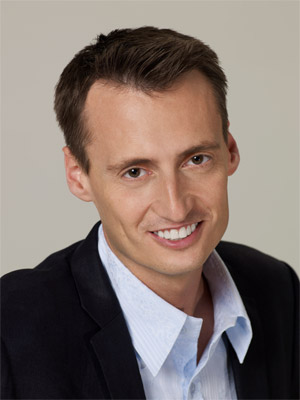 On Monday, February 25th, the 2013 awards season will conclude with the most prestigious show of all - the 85th Academy Awards. As always, E!'s Ryan Seacrest and Giuliana Rancic will be in prime position on the red carpet, broadcasting LIVE and capturing every glamourous moment. E! will be interviewing the year's most celebrated films stars with Anne Hathaway, Jennifer Lawrence, Bradley Cooper and Ben Affleck all expected to walk the red carpet.

Question: Can you talk about the preparation you have prior to an event, like this?

Ken Baker: It's very interesting because leading up to the show itself it's all about the red carpet and then whilst the show is going on we're with the rest of the world waiting for the winners to be announced and then it's all about the after-parties, the commentaries and analysing what happened. Right now E! is a flurry of activity where we are trying to coordinate how we are going to be producing all of the coverage that is on, all day; imagine all the images that we have to have ready! So many cameras capture so many images and we have to have Ryan Seacrest and Giuliana Rancic setup on the red carpet and all the interviews that they're juggling throughout the program. There is a lot of work to do and we are getting our assignments as to what our role is. The day after is also a huge day for us, it is one of the biggest days of the year.


Question: Who do you think will be best dressed this year?

Ken Baker: The Best Actress category is always where we look because they are the leading ladies and it's all about the ladies because there is only so many different ways a man can look like a penguin! I think Jennifer Lawrence and Jessica Chastain have both looked absolutely gorgeous in all the award shows over the last couple of months leading up to the Oscars and they're stunning so we know they will look flawless and stunning. This is not left up to chance anymore, this is a scientific process and they have it all figured out. Jennifer Lawrence has really been the IT girl of this award season and she is becoming everyone's front runner, not only to win Best Actress for her role in Silver Linings Playbook but also how she is going to look fashion-wise on the red carpet.


Question: Is Jennifer Lawrence your prediction for Best Actress?

Ken Baker: Yes! Three months ago I would have said she'd be a long shot at Best Actress but she really has the momentum and she is the fresh face that has enough pedigree incredibility through her work previously with The Hunger Games that people do take her seriously and adore her in her role in Silver Linings Playbook. She is no longer the underdog she has now become the front runner.


Question: What are you predictions for Best Actor?

Ken Baker: I think Best Actor is a little bit more up for grabs but at the end of the day Daniel Day-Lewis' performance as Lincoln is so entirely consuming and he is so believable as this historical figure. If you watch the movie, about a half hour in, you are completely consumed by the idea and buy into the fact that this is Abraham Lincoln that you are watching and they've somehow been able to digitally enhance cameras following him, in his life, that's how amazing the transformation is. I think Daniel Day-Lewis, who has always been an Oscar darling, will walk away with the Best Actor.


Question: What are you predictions for Best Picture?

Ken Baker: This is very interesting I'll come flat out and say I do think Argo will win. Argo has really swept the award season even though Ben Affleck is not nominated for Best Director for that film it will create a bit of history if Argo does win because he wasn't nominated. At the end of the day Argo is a very professional movie with a Hollywood angle to it with the story itself making a film and getting Hollywood producers involved. Argo is a really great movie. You would think going into this awards season that Lincoln would walk away with Best Picture, hands down, but I think that Argo has really captured the imagination, attention and has generated all of the buzz. I think the two extra weeks that Academy voters had this year to vote really benefited Argo because the buzz built and built for Argo to the point that most people had a bias that it was the front runner.


Question: Out of the films nominated, which was your favourite, for the year?

Ken Baker: My personal favourite is Silver Linings Playbook but I think at the end of the day it is too small of a film and a little bit untraditional as to the kind of movie that would typically win Best Picture.


Question: Who are your favourite actors and actresses to chat with on the red carpet and why?

Ken Baker: Personally I always like the people that are there for the first time such as Jennifer Lawrence who is a first-time nominee - it's super exciting for them and super exciting for you to talk to them because you are sharing a precious moment, in their life. On the flip side talking to people like George Clooney who are made for that moment. George Clooney is such a unique individual because he really does enjoy and have fun with the whole process, he is certainly one of my favourites to talk to; he is very intelligent and fun! Generally speaking though, the first timers, the rookies are really a treat around Oscar night.

Ken Baker: I wish I could tell you that the Oscar after-parties are super exciting, fun and everyone goes crazy but they are really not. Golden Globes after-parties are totally cool and fun. I've been doing this for going on seventeen years and I don't think that in those seventeen years I've actually been to a raging Oscar's after-party. However, what is really cool is seeing people, at the after-parties, I remember seeing Queen Latifah at an Oscar's after-party holding a statuette and she was on the phone calling her family, those are the really neat moments. There is so much pressure and enormity of the moment that comes with the Oscars that makes people a little more up tight which carries right over to the after-parties.


Question: What's the best thing about working with E! during the awards season?