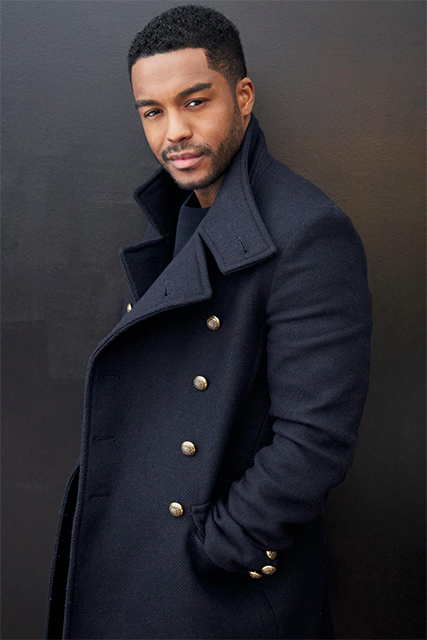 Born and raised in Toronto, Ontario, Jaime Callica is the hottest thing out of Canada having fast become one of Hollywood's rising stars. King of the holiday-film genre, Callica can next be seen in two films perfectly timed to Halloween – Disney+'s remake of the classic film UNDER WRAPS (currently streaming) and Netflix's horror thriller HYPNOTIC, opposite Jason O'Mara, Dulé Hill, and Kate Siegel, set to premiere across 130 countries at the end of October. He is also set to star in three separate Christmas films OWN's A CHESTNUT FAMILY CHRISTMAS opposite Meagan Holder, Lifetime's MERRY LIDDLE CHRISTMAS BABY, opposite Kelly Rowland, and CBS's A CHRISTMAS PROPOSAL, opposite Adam Rodriguez, all slated for a 2021 release. Additionally, Callica is set to return for Season 2, Part 2 in Tyler Perry's BET drama series "Ruthless" (a spin-off of fan favorite "The Oval"), this fall.
Born and raised in Toronto by a single Trinidadian mother of mixed Chinese, Indian and Spanish ancestry, acting wasn't always at the forefront of Jaime's mind, but he was always a performer. From a young age, he was inspired by the pop stars he saw on screen and decided to take dance classes, specializing in tap and jazz. He graduated on to martial arts, becoming a black belt at 13 (though he had to wait for his official belt until age 16), and eventually, through a mishap by running late to class, found himself joining and competing on the track team. When pursuing colleges, Callica settled on criminology in Vancouver, before eventually transitioning into business. He always had a knack for numbers, and soon was buying condos, townhouses and businesses to call his own. But the acting bug struck suddenly one day - and realizing life is all about taking chances - he dove into the high-risk career in the entertainment industry. Within a year he sold his businesses, started taking acting classes, doing background work and whatever he could, and made the official move to Los Angeles. With over 35 credits in just 4 years, he hasn't looked back.

Now splitting his time between Los Angeles and Vancouver, when he's not filming, Jaime likes to spend his time working with causes that focus on helping single moms, or parents with disabilities.