Home is Where the Hall is 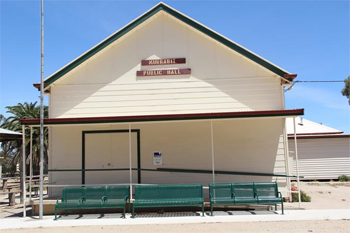 Home is Where the Hall is

Victorian halls will host dozens of community events for Home is Where the Hall is next month.

This annual celebration shines a light on the vital role that halls play within communities. From art exhibitions to film screenings, music performances to markets, regional halls come alive throughout November each year.

Anyone can plan an event, with registrations open until the end of November. Register online at www.homeiswherethehallis.com.

So far, over 30 events have been registered in halls across Victoria, South Australia and Tasmania. Built in 1900, Picola Hall in northern Victoria will host an old time dance for the whole family. Gippsland's Airly Clydebank Hall will be the site for an artists market with live music and morning tea, while the Narre Warren Mechanics Institute celebrates its 125th anniversary with a fashion parade of original 19th century clothing. In the west, Nareen Mechanics Hall invites the community to bring recipes, preserves, flowers and herbs for a produce swap, as well as a cooking masterclass.

Regional Arts Victoria has presented Home is Where the Hall is since 2011. In 2016 we are joined by Tasmania with the support of Tasmanian Regional Arts and South Australia in partnership with Country Arts SA.