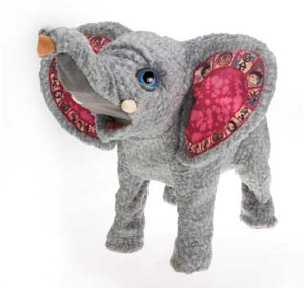 Celebrities from the worlds of film, television, music and sports have come together to lend a hand for Hasbro, Inc.'s (NYSE:HAS) PROJECT ZAMBI Celebrity Charity Auction. PROJECT ZAMBI was startedby a group of Hasbro employees to help raise awareness and funds for the estimated 15 million childrenwho have lost parents and relatives to the AIDS epidemic in Africa and around the world. The onlineauction will feature custom-designed, one-of-a-kind, collectible elephant models - each signed by one ofthe participating celebrities. All money raised from the sale of each elephant will be donated to theorganization of the celebrity's choice that supports children orphaned by AIDS in Africa. 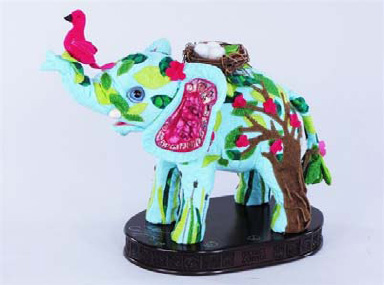 Each autographed elephant will be accompanied by a signed letter ofauthenticity, information about its affiliated charity and additional waysto get involved with PROJECT ZAMBI.

"It is encouraging to see that companies such as Hasbro are developing initiatives to support globalhealth issues," remarked Alicia Keys. "Through my involvement in this project, I'm proud to support Keepa Child Alive, an organization dedicated to providing care and support to children and families whose liveshave been affected by HIV/AIDS in Africa and India by directly engaging the global public in the fightagainst AIDS."

One hundred percent of the sale of each auctioned elephant will be donated to the organization of thecelebrity's choice that supports children orphaned by AIDS in Africa including African Children's Choir(www.africanchildrenschoir.com) . The Association of Hole in the Wall Camps(www.holeinthewallcamps.org) . Chikumbuso Women and Orphans Project (www.chikumbuso.com) .Children of Uganda (www.childrenofuganda.org) . CIDRZ Foundation - Mary's Community Fund(www.maryfisher.com) . Family Health International (www.fhi.org) . Global Action for Children(www.globalactionforchildren.org) . The Global Fund inspired by (RED) (www.theglobalfund.org) . HEROa UNA-USA Campaign (www.unausa.org/hero) . Keep a Child Alive (www.keepachildalive.org) .Save Africa's Children (www.saveafricaschildren.org) . Save the Children (www.savethechildren.org) and. SOS Children's Villages (www.sos-childrensvillages.org).

"The wonderful support that we've received from the celebrities participating in the PROJECT ZAMBIauction is a moving example of the deep concern surrounding the issue of caring for children orphaned byAlicia Keys' collectable ZambiAIDS," said Brian Goldner, President and Chief Executive Officer of Hasbro, Inc. "We are very hopefuland optimistic that this auction will be successful in raising awareness and generating funds that willsupport some of the many dedicated organizations working to make a better future for these children."Earlier this year, Hasbro launched PROJECT ZAMBI, a global cause initiative tied to the new specialedition FURREAL FRIENDS ZAMBI THE BABY ELEPHANT toy that is dedicated to raising awarenessand benefiting programs caring for children orphaned by AIDS in Africa.

Hasbro has committed to donate 50 percent of the net profits from ZAMBI THE BABY ELEPHANT -- aminimum of $500,000 (in U.S. dollars) -- to the PROJECT ZAMBI Fund, part of the Hasbro Children'sFund, beginning in 2009, and hopes to expand this global campaign to include additional Hasbro productsand brands in the years to come. By purchasing ZAMBI THE BABY ELEPHANT, consumers will besupporting programs that work directly with children orphaned by AIDS in Africa.

This latest initiative is a part of the work Hasbro conducts in the U.S. and around the world to helpchildren in need through the Hasbro Children's Fund and product donations. In 2008, Hasbro impactedapproximately four million children through its charitable programs and product donations.